Dream in the Desert

Saudi Arabia’s crown prince envisions a new megacity. He’ll need to be a leader on other changes to make it happen 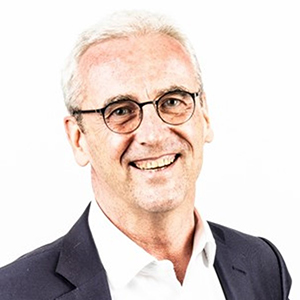 Right now it’s just endless sand, but under the right leadership and with a lot of work, the northwestern part of the Arabian Desert could become a gleaming city in less than a decade.

It’s the ambition of Mohammad bin Salman, Saudi Arabia’s crown prince, to build a $500 billion megacity on the Red Sea near Jordan and across the water from Egypt. The business- and industrial-focused metropolis, called Neom, would be 33 times the land area of New York City and more than twice the size of neighboring Qatar. “The intent is to create a Silicon Valley in the desert,” says Samir Khayzaran, Korn Ferry’s associate client partner for the Middle East.

In a year, with ambitious projects launched seemingly every other week, Neom may be the biggest undertaking of all. Plans call for repetitive and arduous tasks to be fully automated and handled by drones, driverless cars, and robotics. When the crown prince spoke about the project recently, he said, “This place is not for conventional people or conventional companies, this will be a place for the dreamers for the world.”

Taming the desert would be a herculean task for any country, but Neom is just one component of a much larger story in Saudi Arabia, says Jonathan Holmes, Korn Ferry’s managing director for the Middle East. “It’s indicative of the whole kingdom, driving an agenda for employment opportunities, innovation, and in some ways cultural transformation.” Indeed, the country is trying to increase the number of women in the workforce and train millions of other Saudis in 21st-century job skills. The kingdom also needs to attract talent from around the world while also having to overcome some stereotypes about life in the nation.

Holmes says that the kingdom has undergone more change in the last 18 months than it had in the last 40 years. Saudi Arabia expects to complete Neom’s first section by 2025. But whether Salman and the rest of Saudi Arabia’s leaders are successful in the other areas of transformation may go a long way toward determining whether Neom becomes a thriving city in the desert or an unattained dream.