Marketers across a variety of industries must adjust to a spate of Big Tech changes to shield consumers’ personal information. 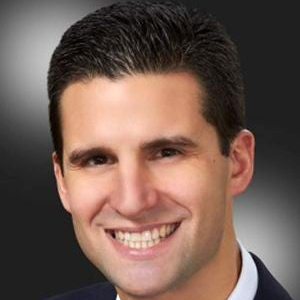 It’s a nod to anyone upset that their smartphones always seem to know way too much about them.

In moves made both late last year and late last month, some of the biggest gatekeepers in technology are curtailing the ability to track consumers across apps on billions of mobile devices. They are doing so either by banning the sharing of data or by giving consumers the chance to prevent an app from tracking them.

The moves, intended to increase the perception of privacy, may be something individual consumers appreciate, but they are creating considerable challenges for anyone trying to sell something to people digitally. Companies big and small have come to rely on some of that data to learn more about their customers’ buying preferences and lifestyles. Experts say it’s going to force firms to get considerably more creative in learning about their customers while being mindful of their customers’ privacy.

In an ironic twist, it’s the most innovative marketing companies, those that have put considerable time and effort in building out their digital capabilities, that likely will be impacted the most. “The ones that don’t use data or go by gut—it doesn’t impact them as much. But they wouldn’t be the progressive modern marketing organizations,” says Zach Peikon, a principal at Korn Ferry specializing in recruiting senior-level marketing officers.

Some companies have lost access to data before and gotten through it by finding other data that is close, but not exactly the same, says Bradford Frank, a Korn Ferry senior client partner in the firm’s global Technology practice. “It’s easier said than done, no two data sets are the same, and it’s expensive,” he says. Indeed, several years ago, one of Frank’s clients lost access to a particularly critical set of customer data after the provider was bought by a large technology firm with different attitudes toward privacy. It took the client six months to find a workaround.

A nod toward greater privacy has been expected, but it puts the onus on companies to get customers to willingly share their data, says Craig Rowley, a Korn Ferry senior client partner who specializes in retail. “It’s been an area of concern that retail has been dancing around for 10 years,” he says.

Rowley says retailers likely will put even more emphasis on their most loyal customers. It can be done, he says. One retailer he works with has salespeople call these customers to highlight clothing that would complement items the customers recently bought. The goal, Rowley says, “is to be able to create a compelling offer using the customer’s data without it seeming too spooky.”