A Supply Chain in Disarray?

From McDonald's dropping plastic straws to the U.S.-China trade war, supply chains may get caught off guard. What the smartest leaders are doing. 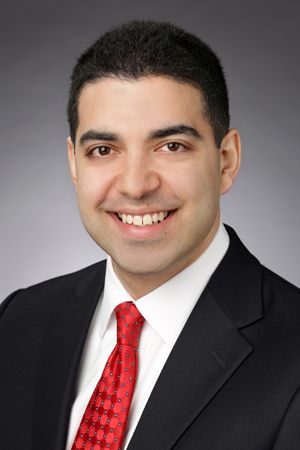 A major automaker halts production on one of its most popular vehicles. Tech firms are finding it difficult to get raw materials to make batteries. And now, in wake of a new McDonald's announcement, there may be a shortage of paper straws on both sides of the Atlantic.

Individually, supply chain disruptions may seem like a once-in-a-blue moon issue, but collectively, they’ve been popping up at an alarming rate lately. Many companies without agile leadership have found themselves caught unprepared, but experts say there are steps they can take to mitigate the risk.  “It’s best to get way ahead of the problem,” says Mehrab Deboo, a Korn Ferry senior client partner, and member of the firm’s Global Supply Chain Center of Expertise.

The most recent news comes from McDonald's, which says in response to customer concerns it plans to test dropping the use of plastic straws later this year in the both the US and UK markets. That comes on the heels of New York City's plans to drop plastic food containers beginning next year.

But from a supply chain view, that just scratches the surface. In general, there are three things that can dent an organization’s supply chain: specific man-made events (such as a product defect or an act of terrorism); a natural disaster; and outside political or economic forces. The escalating U.S.-China trade battle and a growing backlash against plastic straws (they are difficult to landfill) spotlights how giant, unwieldy forces can disrupt supply chains. However, in 2017 the most common cause of supply chain interruptions were factory fires. Blazes and explosions last year caused 343 disruptions to supply chains around the world, according to Resilinc Corp., a supply-chain software firm. Indeed, it was a fire at one of Ford’s suppliers earlier this year that caused the automaker to temporarily cease production of its popular F-150 pickup truck.

Experts say the most straightforward strategy leaders can use to mitigate supply chain risks is to diversify the number and geography of vendors. So, if the factory of one vendor has problems then manufacturing can continue without much pause. Otherwise one chink in the supply chain can bring the entire operation to a grinding halt.

Sometimes a company may not be able to diversify away because one vendor controls the market for a key component. In that case, Deboo suggests that the company insist that the supplier, at a minimum, have more than one factory that makes that key component to further protect both from any serious disruptions.

Deboo points out that a lot of sourcing, particularly for raw materials, comes from low-cost countries, so it’s easy to get to the point that a large manufacturer will deal almost exclusively with that one source. “You have to be careful not to do that,” he says.

Broadly, a company may want to consider how it views the supply chain function. “An organization should be sure its procurement and sourcing team is tied to new product development instead of being viewed as a back-office function. Because sourcing materials a key part of product development.” What’s more, an empowered procurement and sourcing team can go out found three others whose quality is close or better and cheaper. That, in turn creates commercial benefits. “This also can provide a company leverage in its negotiations with the original supplier,” Deboo says.