Sheikh Mohammed bin Rashid Al Maktoum is taking an unusual step to build up his country. 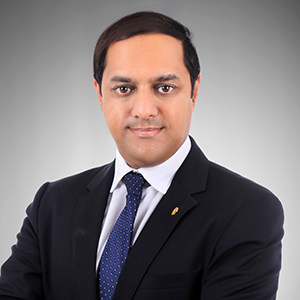 It doesn’t sound like something that would attract the attention of a country’s leader, at least not in countries where grumbling employees may be the norm. But when Sheikh Mohammed bin Rashid Al Maktoum, the prime minister of the United Arab Emirates, recently heard that only 60% of employees in five government departments were satisfied with their jobs, he gave the managers of the departments new orders: Fix the problem in six months.

Dissatisfied workers are a major issue for the country, because low morale gets in the way of the Sheikh’s key goal of making the Emirates a regional and global powerhouse of commerce. To do that, the Sheikh believes that government workers should provide the highest level of customer service, says Vijay Gandhi, regional director of Korn Ferry products for Europe, Middle East, and Africa. “He’s creating a compelling reason for government to exist,” Gandhi says. Unhappy workers aren’t likely to deliver excellent customer service.

It isn’t just what the Sheikh wants that is unusual for the Middle East, it is also how he administers his desired changes. In July, the Dubai government issued new workplace regulations to include more benefits for employees, such as leave and telecommuting options. However, there were few specific instructions given with the recent orders to raise employee morale. “He doesn’t say how to increase the happiness of the workers, and that is the challenge,” says Gandhi. That, of course, puts the onus on managers to figure out what will work best and then make their own changes.

The employee-satisfaction problem may partly have its roots in the local talent shortage. There is tremendous pressure for the government to hire locals rather foreigners. But that is made tricky by the shortage of local candidates, says Prasanth Nair, client director for Korn Ferry in the UAE. That shortage can give rise to exaggeration by recruiters of what a job really entails. “Because talent is short, the recruiters tend to oversell the positions, then the reality kicks in soon after the candidate starts,” he says. If reality falls short of expectations then there’s disappointment.

The way to fix the overselling problem requires multiple approaches, including the management of expectations, says Nair. Or, in other words, what the employee is expected to do needs to be similar to what they were told they would do. There also needs to be a mentoring program so that more-experienced workers can help newer ones navigate a career over the longer term. That isn’t without its problems. “Of course, mentoring can never be forced,” he says. “If you will be my mentor we need to build trust and bond with each other.”

In addition, there needs to be clear communication between managers and employees. One way to foster that is to use employee engagement surveys as a catalyst for a deeper conversation, says Nair. Opinions voiced in the survey can lead the way to a meaningful conversation between both parties. “It opens the conversations and bridges the gap between managers and subordinates,” he says. “They can talk about pay, career development, and their worst fears, which otherwise they may not do.”