A Prime Minister … or a CEO?

Experts say the next UK prime minister should have even stronger emotional intelligence abilities than top CEOs need. 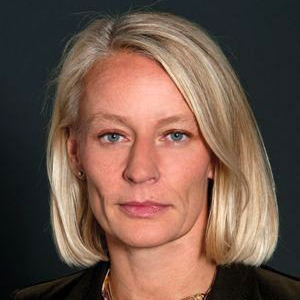 It’s always a weird feeling when the boss gives two weeks’ notice. Employees hope that the new boss hired has the qualities that make for a successful leader.

It’s even more unusual when the boss who’s quitting is the prime minister of the United Kingdom. Between now and June 7, when Theresa May steps down from the post, members of the ruling Conservative Party must determine who among an increasing number of potential successors has what it takes to be a successful leader of a country.

In many ways, the requirements of the PM job mirror those of top executive leaders, experts say. Both positions require toughness combined with an ability to connect with people emotionally. But the political aspect of the role requires even more of those emotional intelligence skills than any CEO spot. “The prime minister needs a bit more resilience [and] a bit more empathy and engagement,” says Mary Macleod, a senior client partner at Korn Ferry and head of the firm’s Government and Public Enterprise practice in the UK. Macleod also formerly served as a member of parliament for the Conservative Party.

Like any leader, the CEO and PM both need to attract followers. They do that by showing and demonstrating a combination of conviction and authenticity, says Macleod. In this case, that means you are walking the talk and you mean what you say. “People need to believe in you and that you can deliver,” she says.

As part of that, people also want to know that the future will be better than things are now, Macleod says. A PM sells hope. In a lot of ways, that’s what a CEO must do too to retain or attract the best talent. If the future looks grim at a firm, then skilled employees will bail out sooner rather than later.

Whether the leader is the PM or a CEO, it is helpful to involve a broad cross-section of stakeholders in major decision-making processes. The people you canvass will want to know that their opinions are heard, even if those things don’t get a final go-ahead. “Embrace people—make them feel that they are a part of the process,” says Sonamara Jeffreys, Korn Ferry’s co-president for EMEA.

Such an approach can help collect ideas from the team and can also be useful in assessing the political landscape. You’ll know who your supporters and detractors are from that process, says Jeffreys. “You’ve got to sound people out, know where they are coming from,” she says. “That way, you’ll know where the difficulties are so you can deal with them ahead of time.”

It is also vital for the leader to establish good relationships, whether in Parliament or the corporation. If you do that, then people will help you get things done because they trust you. Without that level of connection, things might not work. “You can’t just order people to do things and expect them to do it,” Jeffreys says.