One of the world’s largest consumer goods firms companies several megafirms that have embraced the environment this year. 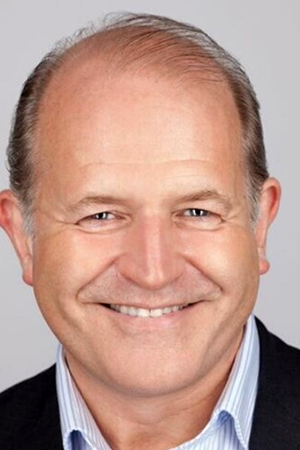 Four hundred thousand tons of anything is mind-boggling to comprehend; it’s roughly the same weight as 40 Eiffel Towers. It’s also the amount of new plastic one of the world’s largest consumer products firms wants to stop using each year.

On Monday, Unilever announced its plans to slash its annual use of new plastics by half—or nearly 400,000 tons per year—over the next five years. The consumer goods giant, known for Ben & Jerry’s ice cream, Dove skin care, Axe body spray, and countless other brands, used around 772,000 tons of new plastic in 2018, but aims to cut that down to no more than 386,000 tons per year by 2025.

It’s an ambitious plan, experts say, and one that could be a game changer in the consumer goods industry. “A brand owner investing and spending so much time and energy in reducing the amount of plastics that it is using in all of its products will move the needle,” says Tim Manasseh, a senior leader in Korn Ferry’s Global Consumer practice. “Unilever has a big role to play in the use of packaging.”

To reach its 2025 goal, Unilever plans to use more recycled plastic, as well as offer more reusable, refillable, and compostable packaging. The organization will also offer more unwrapped—or “naked”—goods.

Although its efforts to cut new plastic use by half is a “big statement,” it’s also an extension of its mission to make “sustainable living commonplace,” Manasseh says. The company, which launched its sustainable living plan in 2010, has already removed 99% of polyvinyl chloride (or PVC) from all its packaging, increased its volumes of sustainably sourced crops by over 4%, and saw a 37% reduction in waste since 2008, among other initiatives. “Unilever is a very progressive company that has purpose at its heart,” he says.

But Unilever is not the only company making a public commitment to plastic waste reduction. Both mega-retailer Walmart and grocery chain Albertsons announced initiatives this year to shrink its new plastic use over the next five years, while Amazon’s India arm plans to eliminate all single-use plastic packaging by next summer.

Meanwhile, clothing brands like The North Face and Adidas have started using recycled plastics to make apparel in an effort to limit ocean waste. “These paradigm shifts are being driven by the consumer and not government regulation,” Ron Malachuk, a member of Korn Ferry’s Global Industrial Market and principal in the firm’s Chicago office. “And consumer demand is the most important factor as to why these shifts will stick.”

Indeed, one recent survey showed that nearly 70% of US consumers consider sustainability when buying products. That same survey also found that 47% of consumers said they would pay more for sustainable goods.

Sustainability is becoming a moneymaker for the consumer goods industry. A recent study from NYU Stern’s Center for Sustainable Business found that, between 2013 and 2018, 50% of growth in consumer packaged goods came from products marketed as sustainable. Last year, sustainability-marketed goods delivered nearly $114 billion in sales, a 29% uptick from 2013, the NYU study found. “It’s not just the contents in the package,” says Malachuk. “Sustainability is becoming a purchasing factor.”

Leaders shouldn’t expect this consumer trend to die down anytime soon, experts say. Companies that want to remain competitive and attract more customers will need to focus on sustainability, making it a part of the way they work rather than a marketing gimmick. Otherwise, organizations might find themselves competing with—and losing to—upstarts that put both customers and purpose first. “Sustainability is really important to consumers,” Manasseh says. “It’s something that companies will have to respond to because this is where disruptors are getting sales, too.”