The Resurging Urge to Merge

After a slower 2020, deal activity is off to a hot start in 2021. But the potential for further lockdowns and other factors could cool off the market real quick. 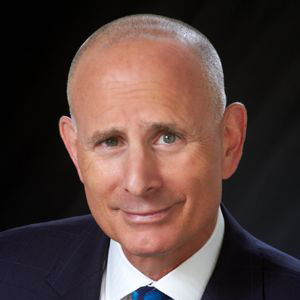 If the first week of the year is any indication, leaders are on the hunt for deals in 2021.

Chad Astmann, a Korn Ferry senior client partner and the firm’s global cohead of investment management, says the combination of CEOs seeking to buy growth and private-equity firms flush with cash means the deal environment is likely to stay very active this year. “There is no shortage of capital and energy to chase properties,” he says.

But Astmann cautions that leaders need to temper their newfound confidence and think strategically before entering into a transaction. Pointing to the spread of a new COVID strain in England as an example, he says leaders need to consider looming lockdowns as part of any deal calculation in the immediate future. “Successful mergers are tricky in any environment, and are especially difficult, if not impossible, to achieve in a COVID world,” he says.

So far, however, that hasn’t stopped leaders from doing deals. Indeed, the hot start to 2021 reflects the increasingly opportunistic and optimistic view of the business environment among CEOs and CFOs that began in the second half of last year. While overall merger and acquisition activity fell to a three-year low in 2020, that was largely due to the complete shutdown of the economy and companies tightening costs and hoarding cash to survive the pandemic during the first half of the year. And yet, beginning in the third quarter, deal activity slowly started to creep back up. About $2 trillion of deals were announced globally over the last six months of 2020, according to the financial data provider Refinitiv, mostly in the more pandemic-resilient sectors of technology, financial services, and healthcare.

Experts predict the rollout of COVID-19 vaccinations, the beginning of a new administration in the United States, and strong stock market performance will cause leaders of cash-rich companies to go on a buying spree this year, looking to use their strong position relative to competitors to their advantage. For their part, after a slower year in 2020, investment bankers will be even more proactively sourcing and marketing potential deal opportunities to corporate leaders in a bid to drive the market back up to pre-pandemic levels.

That makes it even more important for leaders to exercise fiscal prudence, says Barry Bregman, a senior client partner in Korn Ferry’s Global Financial Officers practice. For one thing, he says, the strong stock market means share prices are inflated, and in turn, companies may be overvalued. Moreover, private companies could be emboldened to seek richer offers, knowing that if a company isn’t willing to pay their desired amount, they can likely get it via the robust market for initial public offerings.

With debt so cheap, Bregman says leaders have to be disciplined enough to resist the temptation to borrow an excess of debt, which could not only ruin the financial rationale for a deal but also the company’s balance sheet for years to come. After all, value creation isn’t in the deal itself but in achieving its potential growth. “Leaders need to balance the opportunity to drive growth via deals with the need to manage risk and maintain internal focus,” Bregman says.