The last part in our series, Korn Ferry dives deep into biometrics and how it can be used to optimize team performance. 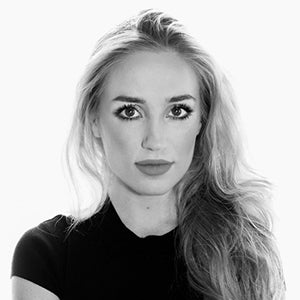 A group of executives donning oculus headsets hold an urgent meeting in the metaverse. A critical recruiting search relies on a blockchain to squeeze a year-long effort into a few weeks. And an eager CEO, hoping to study the strength of her team, tracks the results of biometric sensors that her employees are wearing.

Korn Ferry has been out in front of trends in organizational consulting since its beginning. As we crest into a new era of technological innovation, a few of our “futurists” have been thinking about what to expect in the magical world of 2035. We are pleased to present a three-part miniseries which imagines what the future of human capital might look like. Please step into 2035 with us and join our heroine Katy who sits at the helm of a fast-growing financial technology company…

Katy, a rising CEO in the financial technology services in California, has been tapped by a leading private equity firm to take a promising firm from early stage to IPO. The innovative technology was developed by an experienced set of former bank executives who now comprise the leadership team. They are outstanding subject matter experts but are limited in leadership and in scaling startup businesses. The private equity firm is principally concerned that the existing leadership team, nor the culture are tuned to rapid expansion in a highly competitive market. Katy will need to address both concerns immediately while further developing the technology and rapidly expanding the sales and distribution infrastructure. As all professionals in 2035 know, companies scale at lightspeed, and agility is key! Fortunately, Katy may just be able to achieve her goals using some possible futuristic playbooks from the metaverse, blockchain, and neuroscience!

It had been a year since Katy joined the financial technology company as CEO. Her private equity investor could not have been more pleased with her performance. After all, she had launched four new products and doubled sales each quarter for the past two quarters. She had delivered tremendous value and was beginning to see some scale to the business and pivoted towards developing her leadership team. The past year almost entirely focused on growth and delivery and Katy simply had not had any time to think about putting in place a capable and sustainable leadership team. Her job was to create value, and the private equity firm was clear that without a strong leadership team in place, monetizing the company in an IPO would be suboptimal.

Katy started to pull all the data she had on her leadership team. Even though she did not have a full human capital team or a performance review process, she had luckily decided to implement the Korn Ferry Biometrics package into the company in the first month. In the year 2035, neuroscience had advanced rapidly to a point where brain activity could be measured and accurately predictive of some critical human thinking patterns. Korn Ferry had figured out how to use biometrics to better understand these thinking patterns and intervene to enhance business decision-making.

The biometric package required all employees to wear a series of very small physiological biometric sensors measuring thousands of data points, including neurological activity and patterns. Reviewing the data, she was pleased to conclude that her team was solid but was dismayed that decision-making behavior was often very flawed. Knowing that the seasoned executives on her team would respond well to hard data, Katy shared this insight with her executive team who eventually agreed decision-making was holding the firm and the team back.

To identify ways to rapidly improve, Katy once again brought in Korn Ferry to help. A team of organizational psychologists, executive coaches, and neuroscientists from Korn Ferry got to work immediately pouring through the terabytes of physiological data. Using their extensive experience with this kind of big data as well as employing a machine learning processor, the team compared what they found with data from other similar-sized high-performing teams. The key insight from this analysis was not that the team was collectively poor at bad decision-making, but that often one individual would interject with bad decision-making outcome behavior and through the whole team off track. This showed up very clearly and significantly in the accumulated big data which analyzed each individual's neurological delta wave activity.

Though the executive team had to take some time to digest this finding, they agreed to let Korn Ferry help. Korn Ferry's team was allowed to monitor all major team meetings and use a custom algorithm to spot unusually high levels of delta activity in participating individuals. The high levels of delta activity correlated with bad decision-making behavior, and so Korn Ferry was positioned remotely to stop meetings early so that decisions could be made at a later time. The triggering team member received a thirty-minute neurofeedback session neuroscientist and executive coach to bring the activity back into alignment.

The team graciously submitted to this level of intervention for one week and observed much better outcomes to their meetings. Katy and her team decided to keep the monitors in place and leveraged the training from Korn Ferry to monitor the biometric data during team meetings to ensure neurological signs of poor decision-making were not clouding any one team member's contributions. After this data-driven intervention, it was clear to Katy that her team was well on its way to becoming a world-class decision-making group!

Katy was particularly pleased with this outcome. She sat back in her personalized meditation pod, relaxing after enjoying a 2028 vintage Merlot wine edible, turned off her biometric monitors, and dreamed of the trillion-dollar IPO to come!