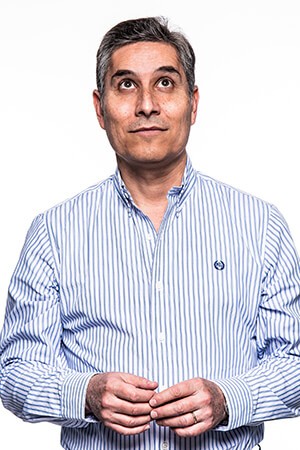 Alex Jaques is the Country Leader of Chile based in Korn Ferry's Santiago office.

Mr. Jaques brings more than 20 years' HR experience working across a variety of industries including FMCG, Retail, Energy, Oil & Gas and Mining, and joins us from a boutique HR consulting firm where he established and managed the local office in Chile. His distinguished career has equipped him with both a comprehensive view of the market in Chile and in Latin America more broadly, as well as strong expertise in the fields of change management and culture.

Before shifting to a career in consultancy, Mr. Jaques served as a corporate HR Executive in a number of large multinational corporations, notably with British American Tabacco, where he was Group Head of HR - Business Services and then BHP Billiton where he was Vice President, HR for the Base Metals line of business. In these positions, he played a key role in several large-scale business model transformations, partnering with other C-Suite leaders to successfully marry innovative HR practices with strategic business objectives to drive profitable growth.

Having held a number of international roles, Mr. Jaques's experience spans Latin America, Europe, North America, and Australasia. He is fluent in English and Spanish, along with a working knowledge of French. He holds a degree in electrical engineering from the University of Chile, complemented by HR qualifications from the University of Michigan - Stephen M. Ross School of Business and London Business School.