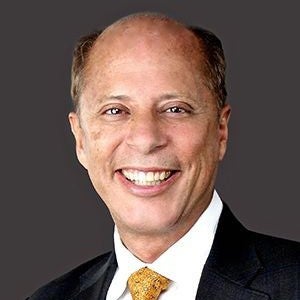 Andrés Tapia is a Senior Client Partner and is Korn Ferry’s Global Diversity and Inclusion Strategist.

He has been one of the leading voices in shaping a contemporary, next-generation approach to diversity and inclusion. The approach is global, deeply integrated into talent systems, and focused on enabling marketplace success. He has over 25 years of experience as a C-suite management consultant, diversity executive, organizational development and training professional, and journalist.

Mr. Tapia, the author of a groundbreaking book, The Inclusion Paradox: The Obama Era and the Transformation of Global Diversity, as well as the co-author of Auténtico: The Definitive Guide to Latino Career Success and of The 5 Disciplines of Inclusive Leadership: Unleashing the Power of All of Us. He is a frequently sought-after speaker globally on the topic of diversity and inclusion. He has been published in major dailies throughout the US and Latin America, primarily through his writing for the New America Media wire service as well as on the Huffington Post.

He is the recipient of numerous leadership and diversity awards and is currently serving on the boards of Leadership Greater Chicago, Jobs For The Future, and Ravinia Festival. He previously served as a Commissioner on the Highland Park (IL) Housing Commission overseeing that city's Inclusionary Housing code. He now serves in an elected position as Highland Park City Councilmember. He began his four-year term on May 10, 2021.

Mr. Tapia received a bachelor's degree in modern history from Northwestern University in the Chicago area with an emphasis in journalism and political science. He grew up in a bilingual/bicultural home in Lima, Perú.