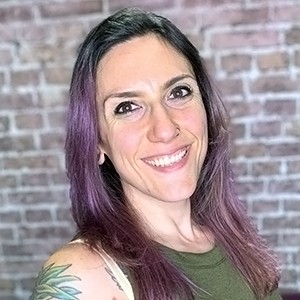 Annamarya Scaccia is the Director of Communication at the Korn Ferry Institute, an innovation center for Korn Ferry focused on illuminating key trends and drivers of human and organizational performance.​

Her work has appeared in the Austin Chronicle and New York Daily News, as well as online at Esquire, Rolling Stone, Teen Vogue, Texas Observer, the Guardian, Cosmopolitan, and City Limits, among others. ​

Annamarya earned her Bachelor’s in journalism at Brooklyn College and her Master’s in journalism at the Craig Newmark Graduate School of Journalism at CUNY. While studying at the Newmark School, Annamarya filmed an award-winning short documentary about a boy living with Duchenne muscular dystrophy, a rare but fatal degenerative muscle disease. She also helped oversee production of the award-winning interactive project, “The Missing,” and was part of the team behind City Limits’ award-winning five-part investigative series on New York’s lackluster clean energy program and its impact on low-income residents. ​