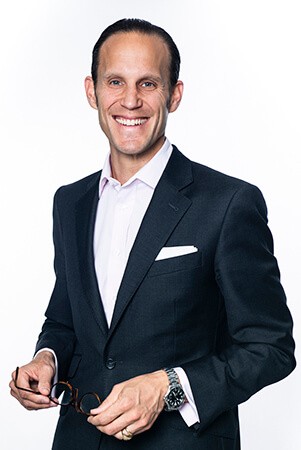 Florian T. Wagner is a Senior Client Partner for Korn Ferry based in the Firm's Zurich office.

Mr. Wagner focuses on leadership development and top team effectiveness as well as assessment and succession management. He serves industry leaders around the globe in different sectors.

Prior to joining Korn Ferry, Mr. Wagner worked for an HR boutique consultancy. There he was a senior consultant specializing in executive search, executive assessment, and executive development with projects in Europe, Asia, and the Americas. He also designed and consulted on talent management programs within the private and public sector.

Before embarking on his career in leadership and talent consulting, Mr. Wagner worked for the Municipal Police of the city of Zurich as a Police Psychologist with an emphasis on development and training. He began his career at Credit Suisse Group in an HR advisory role with the firm's CHRO.

As a former elite athlete, Mr. Wagner competed in the Long Distance Duathlon World Championships in 2004 and became Amateur World Champion in 2005.

Throughout his professional career Mr. Wagner has served in the Swiss Armed Forces as a Captain of a mountain infantry company. Currently, he's a Major coaching officers on duty.

He has a Master's degree in business administration from Hult International Business School in London (UK), Dubai (UAE), and Shanghai (China). He also holds a Master's degree in organizational psychology with minors in psychopathology and criminology from the University of Zurich (Switzerland). He's an Ashridge Accredited Coach from Ashridge Executive Education at Hult International Business School in Berkhamsted (UK).

He is fluent in German, English, and has a good understanding of French.