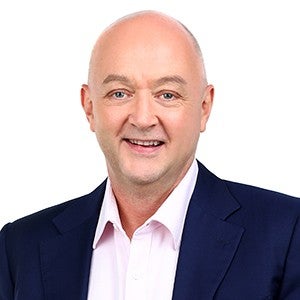 Gareth Mcilroy is Regional Managing Director for Korn Ferry, responsible for all our various lines of business across ASEAN.

Gareth has built an impressive track record supporting clients spanning a broad range of industries and has coached and developed senior executives from major multinationals, family-owned enterprises and government agencies in a variety of countries around the world.

His work with senior executives includes supporting leadership teams as they balance the need to transform their business with the demands of creating immediate performance. Gareth has also played a leading role in CEO Succession and Transition at a variety of firms, ensuring that the selected candidates were effective in their first year in the role.

Gareth’s key area of expertise is in designing and implementing initiatives for senior leaders to drive executive team effectiveness and internal development needs. He uses his natural coaching skills in working with senior executives to not only identify and assess their Leadership Development needs, but also to support them as they focus on specific skills to enhance their leadership effectiveness.

His approach has involved work at the individual and team level, but he has also delivered numerous programs for larger groups, allowing significant scale to be achieved in an accelerated timeframe.

Gareth holds a BSC in Civil Engineering from Loughborough University in the UK, and an MBA from Chulalongkorn University in Thailand, a joint degree with the Wharton School and JL Kellogg Graduate School of Management.

Prior to joining Korn Ferry, Gareth was Regional Managing Partner for APAC and M.E. for another global Leadership Advisory firm, based in Singapore. Gareth is on the Executive Board of the Ireland Funds Singapore (IFS), a member of the Global Ireland Funds, which he helped to set up in 2009. The IFS is a registered charity that was set up to facilitate and fund projects that further develop and deepen the Singapore Ireland relationship.