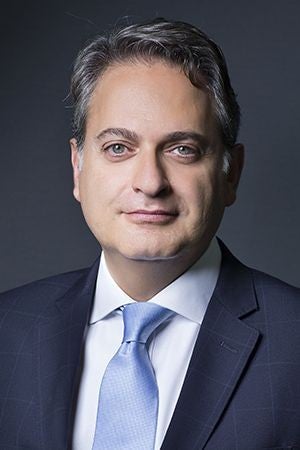 George is an executive and advisory boards member with 32 years of experience focused on human, organization, and society development.

George's career is split working 20 years in Consulting primarily at Korn Ferry (previously Hay Group) in various roles in North America and the Middle-East; and 12 years at the World Bank Group’s headquarters in several organization reform and human capital leadership roles including compensation, benefits, insurance, and pension. He has taken leadership roles on many reforms: Country offices compensation and pension, Compensation reform, and the Human Capital reform which was part of a comprehensive reorganization of the World Bank Group operating model.

In addition to leading the fastest growing consulting business of its kind in the region, George is also directly involved in public sector reforms working with government officials to achieve the ambitious modernization agendas in the Middle-East.

George is a regular speaker on key subjects related to organization and people effectiveness.

George is a member of the Advisory Council, Human Resource Management program at Olayan School of Business at the American University of Beirut, and a member of the advisory board of Embrace, an NGO dedicated to mental health.

George is a graduate of the Executive Education Program at Harvard Business School, has an MBA in Management from Lincoln University of San Francisco and a BA in Business from the American University of Beirut. He is fluent in English, French and Arabic

He is also passionate about family, travel, history, and the future.