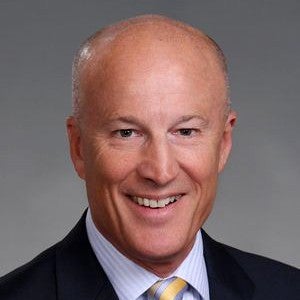 Joe is a Vice Chairman for Korn Ferry, based in the firm’s Boston office. He specializes in the recruitment of senior executives in both the human resources and legal functions and the employee benefits/HR outsourcing industry.

Joe’s unique background makes him a valuable resource to the firm’s financial services as well as the human resources and legal practices. He is known as the search industry’s leading expert in the recruitment of senior management for the defined contribution, annuities, and other related employee benefits and retirement businesses and was named to 401kWire's list of the 100 most influential people in the industry.

Previously, Joe was Vice Chairman of CT Partners Executive Search where he was a member of the executive committee.

Previously, he was the managing partner of Heidrick & Struggles where he ran the Human Resources practice and the Boston office.

During Joe’s tenure as an HR executive, he gained broad experience in managing all aspects of the ever-evolving function. While with Raytheon, he held roles of increasing responsibility, including compensation and benefits manager and manager of labor relations. He served as employee relations manager for Ametek Aerospace Products, formerly GE Aircraft Engines. Later Joe headed the HR function of Coca-Cola’s New England division. His corporate career culminated as vice president of human resources for Fidelity Investments’ 401(k) business.

After receiving his undergraduate degree from Gannon University, Joe earned a Master of Business Administration degree from the University of Massachusetts at Amherst. A graduate of Suffolk University’s School of Law, he is a member of the Massachusetts Bar Association.