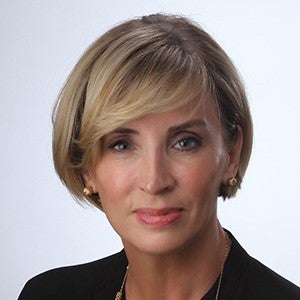 Sheila O’Grady is a Senior Client Partner in the Consumer Practice based in Korn Ferry’s Chicago office.

Prior to her executive search roles, Sheila  served as President of the Illinois Restaurant Association. During her tenure she acted as trustee of the group’s educational foundation and founded Chicago Gourmet, recognized as  one of the best- attended food and wine events  in the nation.

Previously, Sheila served as Chief of Staff to Chicago’s Mayor Richard M. Daley, where she  assisted in administering the City of Chicago’s $5 billion annual budget and managed nearly 40,000 employees across 40 city departments. Sheila also served, by mayoral appointment, on the interim board of the Metropolitan Pier and  Exposition Authority, tasked with recommending reform legislation to bolster the convention and tourism industry in Illinois.

Sheila serves on the board of the Big Shoulders Fund, is a member of the Women’s Foodservice Forum, The Chicago Network and the Economic Club of Chicago. She was an invited  participant to the Aspen Institute Leadership program.

Sheila holds a bachelor’s degree in humanistic studies from Saint Mary’s College, a diploma from The London School of Economics and Political Science, and a law degree from the University of Notre Dame.