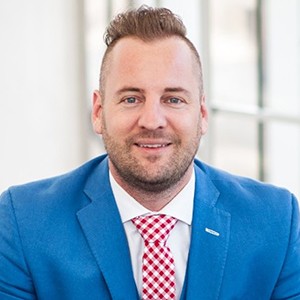 Stefan brings to Korn Ferry a decade of recruitment and business development expertise. He’s a consummate professional, a competitor, a team player who’s constantly pushing to exceed the goals and develop his skill set along the way.

Prior to joining Korn Ferry, Stefan spent the entirety of his career working at Rocket Mortgage. The majority of that time was spent growing the organization from 5k team members to over 22k before his exit. He also helped develop the company’s wholesale channel, specifically growing the NE region by over 3x’s its annual revenue goals. He was called on many times to help the company grow its smaller acquisitions for specialty roles.

Stefan played 2 years of Jr. hockey in the NAHL with the Texas Tornados. After his hockey career ended he spent a year working in commodities back home in Detroit, MI. He then pursued his BA in Finance at the University of Alabama, and eventually wound up back in Detroit working at Rocket Mortgage. The career moved him to Scottsdale, AZ. Then onto Charlotte, NC. And eventually back to the Greater Phoenix area.

Stefan is currently a member of the Scottsdale Active 20/30 club, the club supports 29 charities across the valley that specifically focus on fundraising for children. They have raised over $1m this past year and are currently the second-largest charitable organization in the state of Arizona.