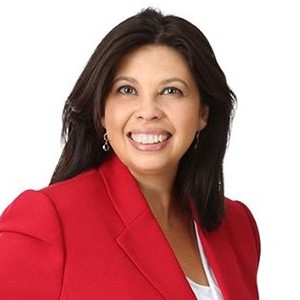 Timia Flanagan is a Senior Client Partner, Global Licensing & Strategic Alliances at Korn Ferry, based in the firm’s Minneapolis office.

Ms. Flanagan brings significant experience to her role in the area of intellectual property law.

Prior to joining the Firm, she has served as legal counsel for various law firms in New York, specializing in international litigation, contract negotiations, legal compliance, due diligence and employment law in the insurance and financial industry sectors. After completing her law degree, she held the position of associate attorney for a firm in São Paulo.

Her areas of expertise are licensing negotiations, nondisclosure agreements, and third-party agreements between the Firm’s clients and outside vendors.

Ms. Flanagan earned her juris doctorate degree from New York University and holds a bachelor’s degree in law from the Universidade Paulista in São Paulo, Brazil.

She is fluent in Portuguese and proficient in Spanish, having once served as the official translator for the Unified Court System in New York.