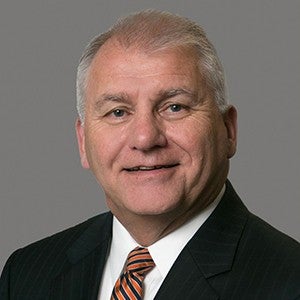 He joined the firm in 2011 as President of North America. During his term, the business grew at an unprecedented rate of 24% YOY and produced record operating income.

Throughout his career, Mr. Sebra has been a founder and co-founder of multiple successful businesses, he is a pioneer in the U.S. RPO industry, bringing to Korn Ferry more than 25 years of experience in both public and private sector organizations.

Prior to Korn Ferry, Mr. Sebra served as general manager of two Private Equity backed organizations that needed to reposition themselves for explosive growth in the Talent Acquisition marketspace.

Previously, he was president and chief executive officer of IBM (Kenexa Government Solutions), formerly Knowledge Workers, Inc., a technology enabled human capital solutions company, which he founded and grew to 160 people before being acquired by Kenexa.

Before Knowledge Workers, Mr. Sebra founded a contingency and retained executive search firm specializing in the defense and intelligence marketplace. He was also a co-founder of Destech Corporation, a software development company that built automated picture database management systems for the CIA. Prior to Destech, he held a number of key roles beginning with service in the United States Air Force, where he worked for the Under Secretary of the Air Force for Space Systems.

Mr. Sebra has more than thirty published articles and papers on outsourced recruitment initiatives and recruitment trends, and he is a frequent speaker at industry forums and conferences.