Roaring Back On Two Wheels

Feast your eyes on some glorious machinery. 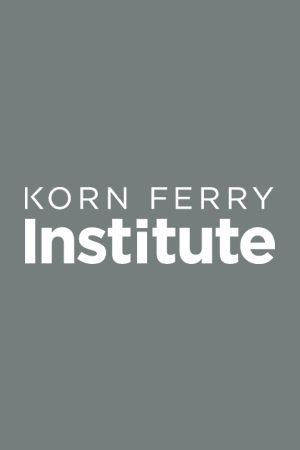 Feast your eyes on some glorious machinery. For motorcyclists of a certain age, the gleaming tailpipes, wire spoke wheels and majestic big twin motors of the bikes on this page evoke a golden era. In that bygone time, the surest way for a young Bob Dylan to project the right air of jaded cool was to don a Triumph T-shirt for the cover of “Highway 61 Revisited.” But look closely: these are not your fathers’ Triumphs, Vincents and Indians. These are all new motorcycles, available for purchase today, and selling very well, thank you.

The growing popularity of reborn bikes and brands — the term “retro” is disdained — stems from several antecedents, but the most obvious one is that they look and feel fabulous. There is a sensuality in the subtle curves and a visceral appeal to the throbbing two-cylinder engines that make an enthusiast’s heart beat a bit faster. In comparison, today’s modern motorcycles may be masterpieces of mechanical engineering that accelerate like jet fighters, but they are for the most part generically anodyne and generate little emotion.

“Somewhere in the late 70’s motorcycles became much less sculptural, more appliance-like,” says Paul D’Orleans, editor of The Vintagent, the world’s No. 1 vintage motorcycle site. Designers of the newer bikes “shape the frame and bodywork in this somewhat ergonomic way, but ultimately it looks more like a blender or a toaster than a motorcycle. There was a generation that walked down a path it thought was progress, and I think we’ve realized it was an illusion. That’s not a choice we needed to make.”

At first glance, these reborn bikes might seem to appeal primarily to graybeards in search of their misspent youth. While there is an element of that, it’s only part of the story. With their timeless lines and machine elements that look, feel and sound like machinery, the new classics fit right into the new authenticity movement, which stokes consumers’ hunger for something real, whether in shirts or shotguns. The same impetus that drives Levi’s new Made & Crafted brand draws customers to motorcycles that look like a motorcycle ought to look.

D’Orleans says that price defines the demographics of the reborn motorcycle market, with younger riders drawn to the less expensive machines, like the new Triumph Bonneville, Scrambler and Thruxton, or Moto Guzzi’s V7 models, all of which cost about $10,000. The stubble-bearded hipster looking for the perfect café racer to make the Brooklyn scene need look no further. “At some point it becomes an aesthetic option and not a memory. The people I know who are buying Bonnevilles are in their 20’s. They just want a cool bike. Being resonant in history isn’t necessarily retro, or worse, nostalgic.”

Fans of American iron have always had Harley-Davidson, which has vastly improved the performance and reliability of its timeless “hogs” in recent years. But now they can also buy a new bike from a even older brand, Indian, which manufactured motorcycles in Springfield, Mass., from 1901 to 1953. Stellican Ltd., a British private equity firm, purchased the brand out of bankruptcy in 2006 and restarted production in Kings Mountain, N.C. In 2011, Indian was acquired by Polaris Industries, parent company of Victory Motorcycles, which moved production to Spirit Lake, Iowa.

The new Indian lineup consists of three bikes, the Chief Classic, which starts at $18,999; the Chief Vintage, at $20,999; and the $22,999 Chieftain, all of which feature the brand’s classic look, with thick, valanced fenders, oodles of chrome and real leather saddles. The Thunder Stroke 111 engine, Indian’s first all-new power plant in 70 years, is a 49-degree, air-cooled V-twin with six-speed overdrive transmission. Like Rolls-Royce, Indian does not quote horsepower, but road testers have found it more than adequate.

“A television ad developed for the introduction shows a Harley owner lavishly cleaning, buffing and shining his bike; in the ad’s punch line, he slaps a ‘For Sale’ sign on it and walks away,” Jerry Garrett wrote in the New York Times. “After riding the new Indian, I get it.”

Founded in 1902, Triumph Motorcycles became the iconic British brand, and there was no more iconic model than the 650cc Bonneville, produced in great numbers through the 1960’s and 70’s.

Though it was decades ago, the author well remembers taking a friend’s 1965 Bonneville for a ride, reveling in the motor’s ample torque at low revs, and the light weight and low center of gravity that made it feel as nimble as a bicycle. Joy turned to sorrow at a busy stoplight when a sticky carburetor caused the engine to flood and no amount of frenzied kicking would bring it back to life.

Unfortunately for Triumph, and the British motorcycle industry, a lot of riders had a similar epiphany during the 1970’s, as the Japanese manufacturers began making bikes with bigger displacement motors, higher performance and rock-solid reliability. Triumph failed.

Enter John Stuart Bloor, who had become wealthy in the residential construction business. In 1983, he bought the Triumph name and manufacturing rights from the official receiver. He hired a few veteran Triumph designers, but sent them to Japan to learn modern ways. Triumph introduced six new models in 1990 with nary a retro machine among them. Nevertheless, demand for a more traditional Triumph never went away, and in 2000 the company reintroduced the Bonneville. Reviews and sales have been strong, and besides, Bruce Springsteen owns one. How cool is that?

At the upper end of the price stratosphere, bikes like the new Brough Superior SS100, at about $65,000, are bought mostly by well-heeled collectors, who are not likely to use them on their daily commute. “Any time you’re buying a motorcycle that’s over $40,000 or $50,000, you’re not looking at a rider,” says D’Orleans. “They may ride them occasionally, but they’re really interested in owning something that’s cool.” Nevertheless, the new Brough Superior company, founded by Austrian businessman Mark Upham, reports taking deposits for fifty SS100’s in a few weeks after its introduction late last year.

Another appeal of the new classics stems from what they don’t have: oil leaks, intermittent electrical systems, balky kick starters and weak brakes that just might eventually stop you, sometimes. While some of the handmade efforts from boutique makers preserve the old machines’ caprices — and invent some of their own — production vehicles like the Triumph and Moto Guzzi bikes are as easy to ride and own as any modern motorcycle, which in fact is what they are.

Unlike a real vintage bike, these reborn motorcycles don’t need to be babied. As Peter Egan put it in Cycle World: “Riding an older British motorcycle can be, at times, like going dancing with your great aunt. You have to take it just a little slow, show some respect and hope to God she remembered her heart pills. The GB500, on the other hand, takes you backward in time, to when your great aunt was young and beautiful and could go all night and drink you under the table.” The GB500 (“GB” as in “Great Britain”) is a now-discontinued Honda that evoked vintage British bikes.

Yamaha and Kawasaki have also made, and continue to make, motorcycles patterned after the British classics, and many of these are fine machines, often better than their forebears in myriad ways. But for riders seeking authenticity, there’s no substitute for going to the original source, and thanks to a British industrialist named John Bloor, they can do just that.

Play word association with “Italian motorcycle” and the most likely reply is Ducati. Ducati offered the SportClassic line of retro-styled motorcycles from 2006 to 2010, but has since stuck to its stock-in-trade superbikes, like the marvelously named Monster. Ducati’s exit created a wonderful opening for Moto Guzzi, another venerable Italian brand, which was conceived by two aircraft pilots and their mechanic serving in the Italian Air Corps during World War I. Like many motorcycle brands with a history, Moto Guzzi has gone through multiple owners and is now a unit of Piaggio, which is best known for the Vespa motor scooter.

Like the new Bonneville, Moto Guzzi’s V7, introduced in 2008, pays homage to a well-loved predecessor from the 1960’s, but with up-to-date technology. Instantly recognizable, the V7 features Guzzi’s trademark air-cooled 90° V-twin with a longitudinal crankshaft orientation and the engine’s transverse cylinder heads projecting prominently on either side of the bike. As on all modern Moto Guzzis, a sturdy shaft drive sends power to the rear wheel, and the right handbrake operates just one of the front disc brakes, while the foot pedal operates the other and the rear.

Moto Guzzi offers several variations on the theme, but the concept reaches its pinnacle in the V7 Racer, which honors what Guzzisti have long done to customize their 70’s bikes into café racers. The chromed gas tank, complete with period leather hold-down strap, emulates custom hand-hammered aluminum tanks. So many parts are refinished as compared to the other V7 models that the V7 Racer appears more like a hand-built custom than a production bike, yet it still costs just $10,090.

The V7 is less powerful than the new Bonneville, but it’s also lighter, which makes it easier to handle for new riders and smaller people. “Many modern bikes are overweight, mostly due to heavy ABS anti-lock braking systems and large, restrictive silencers,” says Chris Hunter, editor of Bike EXIF, a site devoted to custom and classic motorcycles. “I bought a Guzzi V7 over a Bonneville because the Guzzi is hugely lighter, and the Bonneville felt ponderous to me,” he said. The new classics mark “a return to the simpler pleasures of motorcycling.”

As the golden era motorcycles aged, parts became hard to find, and many repair shops became small-scale manufacturers, crafting the bits they could no longer buy. Some grew so skilled that they could remanufacture everything needed to make an entire new motorcycle. One such craftsman was Kenny Dreer of Portland, Ore., a restorer of vintage bikes, who founded Norton America to bring the classic Commando back to life. Dreer & Company fought for the rights to the Norton trademarks and produced several working prototypes, burning through about $11 million before shutting down in 2006.

Stuart Garner, a British fireworks entrepreneur, bought the remains and moved production to the U.K. Though the made-in-England bikes look just like Dreer’s prototypes, which means they look very good indeed, Norton officials say they share no parts. “About 80 percent of the bike is actually made in England, and that is important to us,” Garner told MotorcycleUSA. “We do buy in things like Ohlins suspension and Brembo brakes, but this is because they are the best available anywhere in the world. If we could make them better here, we would. What you won’t find is us manufacturing lumps of the bike in cheap labor countries. Buy a Commando and you will buy the best of British engineering -- made in England. That’s a promise.”

The Norton Commando 961 is impressively light, at about 400 pounds, and as Garner noted, uses the best components money can buy. These factors, along with the absence of economies of scale, result in a list price of $20,000, roughly twice the cost of the superficially similar Triumph. But Norton production is in the hundreds of units, while Triumph made over 50,000 bikes last year, and the Commando is a much more handmade affair.

MotorcycleUSA’s tester said the new Commando is like “the best possible day’s riding you ever had on a classic motorcycle,” without the problems. “Somehow, the Commando manages to simultaneously feel like a traditional classic and a modern bike. Just as important, it also looks the value for the money. Nothing about the bike feels cheap, or built to a price, but rather the Commando looks totally honest.”