Besides agility, our work has underscored self-awareness and willingness to embrace feedback as necessary hallmarks of leadership. 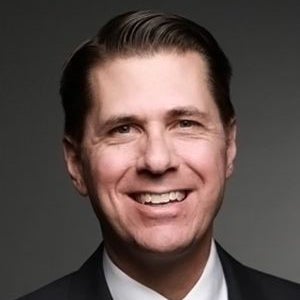 In the final stages of a ceo succession WE WERE managing for a multibillion-dollar company, the field of candidates narrowed to three, all of whom were assessed to determine their leadership styles, strengths and weaknesses. The strongest candidate was “John” who, despite being the frontrunner, was the least interested in becoming CEO. Although he had a strong track record and a stellar career, John was concerned that his current skill set might not be sufficient for running such a huge operation.

Sitting down with John, we explained the results of his assessment, especially how highly he rated on learning agility, which Korn Ferry defines as the ability to learn from past experiences and apply that learning to different, first-time situations. We also laid out a process that would help him develop greater competencies in those areas in which he was not as strong. We were confident that, given our firm’s succession capabilities, including identifying diverse talent with varied skill sets to complement John’s strengths and weaknesses, he would be successful in the top leadership role. Having a diverse team in place to balance the capabilities of the board and executive team is always a priority—and an imperative when there is an executive transition at the top.

Being very open to receiving feedback, eager for further development and comfortable with the overall succession and team development plan, John became increasingly comfortable with the prospect of taking the CEO role and shortly thereafter was promoted to that position. Today, with ongoing coaching, John is doing a great job and exceeding expectations, including his own.

John’s success is not surprising. In my own career and in my work with numerous leaders over the years, I’ve seen that what truly elevates leadership—making someone a strong candidate today and a strong performer in the future—are the counterintuitive traits of self-awareness and humility. Humility is not about being unsure or scared to try something new; rather, it speaks to a person’s openness to feedback, continuous development and lifelong learning.

Leaders who exhibit self-awareness and humility tend to create a balanced organization with representation across all forms of diversity—gender, ethnicity, culture, race, age and orientation, as well as professional background, education, geography, experiences and more. Rather than building a “team of me,” these humble, aware leaders understand that greater diversity in all forms promotes robust discussion of pressing issues and opportunities.

All too often, people think that becoming a leader means assuming the role of an expert. Aspiring to top leadership positions, they put all their focus on what they know and what they can do, underestimating the importance of self-awareness and humility. Without humility, though, leadership development easily gets derailed. It takes a good deal of self-awareness and modesty to seek out and embrace the feedback that will uncover weaknesses and guide developmental needs, as captured in the acronym FIRST:

Prioritize the two or three areas where developmental progress would make a significant impact on becoming a more effective leader.

Put new skills and habits into practice every day, especially to turn weaknesses into strengths.

Ask yourself about the effectiveness of what you are putting into action. For example, if you’re implementing “managing by wandering around” to be in touch with more employees more often, what results have you observed thus far?

Ask others whether they have noticed changes in your areas of focus. Show openness to their suggestions for how you could become even more effective by starting, stopping or continuing the different approaches that you’ve mapped out or tried. It takes a good deal of humility to be open to and accepting of the perspectives and opinions of others.

Once you’re making progress in one area, it’s time to introduce another developmental need into the process.

Although seemingly simple, these five steps can be challenging. Driven, results-oriented individuals who like to win often hesitate to admit they have developmental needs. They are more comfortable posturing as “experts” rather than addressing their weaker areas and building on strengths. And, let’s face it, human nature makes it difficult for any of us to admit we are fallible and imperfect and struggle with things we’re not good at! We have to avoid the temptation to focus on those things that we’re already good at and put the necessary time and effort into developing competencies in areas in which we are not as strong. This won’t be possible without self-awareness and humility, which could help open new and unexpected opportunities.

Consider the example of the large multinational company that, as part of its reorganization, put 60 of its top people through a developmental assessment to analyze their strengths and identify their needs. Among them was “Linda,” who after a long career with the organization did not see herself moving further up into leadership; instead, she was thinking of retiring in a few years. The results of Linda’s assessment, however, told another story. Her skill set was remarkably strong. She scored high in learning agility and was very humble. These qualities made her an excellent candidate who, by her personal background, also brought an important diversity perspective to the executive team as she took on a challenging new assignment.

As her story shows, expertise is essential to career development, and having a strong track record will get you noticed. But they are not enough. Even when managers are charismatic, hard-charging, results-oriented and well-liked by others, if they are low in self-awareness, humility and learning agility they will most likely plateau before they ever get to the C-suite. Those who are weaker in their ability to generate results and also low on self-awareness, humility and learning agility will most likely derail.

It’s the counterintuitive characteristics that lead to the C-suite: self-awareness and humility. If you are strong in these areas and rate high on learning agility, you’ll stand out in assessments for your ability to take on new challenges and lead a diverse team. Then the doors will open— perhaps all the way to the C-suite.