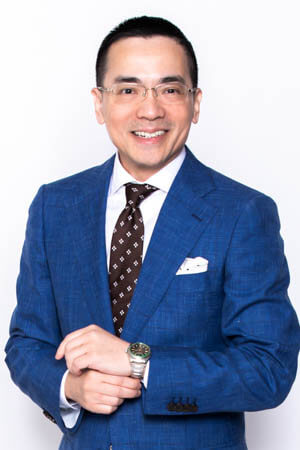 In the casino world, the focus has been on Steve Wynn, who is selling his entire stake of the gambling company firm he founded, Wynn Resorts. Less publicized is who's buying into Wynn Resorts: a big rival, Galaxy Entertainment. Galaxy is acquiring an about 5% stake in Wynn for about $1 billion. Galaxy is led by Francis Lui and based in Macau, the only place in China where casino gambling is legal. In a recent Briefings story, Lui talked about how he wound up in the casino business and how most of his expansion ideas involve adding attractions other than gambling.

Not too long ago, Francis Lui, one of the world’s most powerful gambling executives, knew about as much about running a casino as the average Las Vegas tourist—which is to say, nothing. Back in the early 2000s, he did know that there was a huge business opportunity in Macau, a densely packed island strip of land on the coast of southwestern China, and the only place in the country that allows casinos. But Lui just wanted to build and manage hotels there, as his family had been doing, quite well, in Hong Kong for years. Someone else could manage the gambling business, he thought. “I never dreamed of coming to Macau and getting a casino license,” he says.

It didn’t quite work out that way. A partnership with an American casino operator fizzled, so after running a couple of card clubs in other people’s hotels, his family’s firm, Galaxy Entertainment Group, built one of Macau’s new glittering casinos in 2006. That and building two other incredibly successful casinos in Macau transformed Lui, 62, from the ambitious son of a wealthy Hong Kong construction magnate into one of the world’s richest men.

In turn, Lui helped transform Macau—which over the past several hundred years has been, in turn, a waystation for refugees fleeing the Mongols, a bustling Portuguese-run trading colony, a haven for early-20th-century gangsters and a neutral port in the storm of World War II—into its latest incarnation: the world’s biggest betting parlor. Gamblers drop more than $28 billion a year betting at Macau’s casinos. Las Vegas doesn’t even get one-quarter of that.

But instead of sitting back and enjoying Macau’s current form, he’s at the forefront of trying to reinvent the area yet again. He’s making a multibillion-dollar bet that Macau’s next reinvention won’t involve much gambling at all.

Over the next few years, Galaxy wants to add 10.7 million square feet of space to its existing Galaxy Macau resort, nearly doubling its size. It potentially will include a convention center, a concert venue with several thousand seats, a Broadway-sized theater, thousands more hotel rooms and hundreds more shops and dining options. But more than 95 percent of the space will be devoted to things other than gaming. “We want to move away from high rollers toward the mass market, international customers and, ultimately, the convention business,” Lui says.

Lui envisions Macau will become a lot more like Las Vegas, an all-ages destination where gambling revenues are overshadowed by the amount visitors spend on dining, lodging and entertainment. Vegas-ifying Macau just might work, analysts say. New transportation options between Macau, mainland China and Hong Kong can help turn Macau into a holiday resort and not necessarily just a gaming hub, says Richard Huang, who follows the gaming industry for Nomura.

The total investment for Galaxy Entertainment Group on the Cotai peninsula section of Macau: at least $5.5 billion, a price tag that would make even those high rollers look twice. The vision is not without risks. For one thing, Las Vegas’ first attempt to become more family-friendly ended miserably. In the early 1990s, casino operators opened theme parks, exploding pirate ships and roller coasters to attract kids and parents. Only the roller coasters remain operating.

But Lui and his family have a history of placing bets that pay off. His father arrived in Hong Kong penniless after World War II and built a construction-materials empire. The family parlayed that fortune into the development of dozens of residential projects throughout the world and owning or managing 32 hotels across Hong Kong, Macau, mainland China and the United States. Lui’s Macau gamble also is in line with what the Chinese government envisions for Macau (the local tourism board says Macau relies “too much” on gaming). Plus, the local gaming market may soon become a lot more crowded, with potential casinos in Melbourne, Singapore and even Japan (although Lui may have a hand in that one).

Michael Distefano, Korn Ferry’s chief marketing officer and chief operating officer, Asia Pacific, and Jimmy Ho, managing director of Korn Ferry’s Hong Kong office, sat down with Lui to talk about his vision for his firm, how to attract talent to Macau and what other regions of the world he’d like to reinvent.

Your family made its fortune in Hong Kong construction. What led you from Hong Kong to Macau?

We eventually were thinking of getting into Hong Kong real estate, but by the late 1980s that market was really maturing. It’s tough to be in real estate in Hong Kong as a start-up. So in the 1990s we got into hospitality and hotels. Then in 1999, when Macau became part of China, we thought we could contribute from the hospitality end on Macau. By that time we had 10 years of building hotels and managing hotels directly ourselves.

Macau was—and still is—the only legal place in China to gamble. You won a license to run a casino in 2002, but why didn’t gambling initially interest you?

I didn’t necessarily say, “We should go into a casino.” I thought we should go into Macau and use our background knowledge in hospitality. I never dreamed of coming to Macau and getting a casino license. My extended family in San Francisco and I would go to Las Vegas on visits but it was purely for enjoyment. We knew we didn’t know how to run big casinos.

What changed your mind?

We initially partnered with an American operator, but the philosophies were too different. We figured we would be here for the long haul, that we should bring in our own brand, Galaxy, and our own culture. So we thought we should split.

The biggest challenge at the time was that we didn’t have any credibility with gaming. People doubted whether a local company from Hong Kong would be successful. Plus, gaming is a small industry—people came from either Las Vegas or Atlantic City. To attract a credible, reputable executive from either was a huge challenge. We had to convince people that we were an up-and-coming company, that we had the license and knew what we had to do.

We also had to get our hands dirty. I knew the casino doesn’t run itself. We rented space in other people’s hotels to learn how to run casinos. We worked those clubs for a year or two. After we built up that knowledge and confidence, we built our first casino in 2006.

Gambling has clearly worked in Macau. So why does your expansion plan involve almost no more gambling?

The central government has made it very clear that they don’t want to see explosive growth in gaming revenue. They want to see a balance of growth. For our part, we want to see people coming to Macau to get married. We want to be a more family-oriented destination. We want to move away from the high rollers toward mass market, international customers, and ultimately convention business. On a per-capita basis, Macau gets about 75 percent of the non-gaming revenue that Las Vegas does. We think we’ll catch up to Vegas, if not exceed it.

Why didn’t you do Las Vegas–style dining and entertainment in the first place?

If we tried to copy Las Vegas and do exactly what they were doing then we’d always be No. 2. Macau should be built for the Asian market, and Asian people like different things. Take food and beverages. In Las Vegas I see more bars than restaurants. Here I see more restaurants than bars. People here will enjoy a bowl of noodles more than standing up and having a beer. In Las Vegas, people drink and gamble. In Asia, people gamble, then drink. Also, there are great shows in Las Vegas, and they play to full houses every day. Here, we need to bring in families and convention people before we can even talk about show business.

Also, up to now, Macau is, relatively speaking, a day-trip market. People come in, play, eat and go back to their hometowns on the same day. The Macau average trip is 1.5 days; a Las Vegas average trip is probably four days. We have to get people to stay longer. At Galaxy, we used to have an average stay of 1.2 days, then 1.5 days, and now it’s two days. The overnighter spends three times more than the day-tripper.

What gives you confidence that this diversifying is going to work?

The position of Macau is written in the government’s 13th five-year plan [which came out in 2016] to be a “world tourism and leisure center.” The central government is doing everything to make it happen. It has made repeated requests to us to diversify into non-gaming. It’s also constructing the Hong Kong-Zhuhai-Macau bridge. We envision that the mainland and Macau will be interconnected and borderless. Right now, Macau doesn’t have a world-class airport, but once we finish the bridge we’ll have access to Hong Kong’s airport and can expand outside of Asia.

How are you going to find all the talent to work at these new places you’re building?

Since we continue to emphasize the non-gaming parts, we want to be able to cooperate with the universities in Macau to see if they will help us train people who can help with conventions, translation and show business. The central government wants us to be localizing as well. They want the senior positions to open up for local people. We started adopting the strategy of bringing in local people for senior management and top management positions.

You can’t think of this as just a job, though. You have to have the passion. You need teamwork, too. You can have 200 executives, all richly talented, but if they’re not working together, you’re not going to be successful. You have to be able to make every manager be able to hold hands and work together. It’s a challenge.

Integrity and honesty are also core values here. When I give an assignment to a manager, I don’t want to have to keep looking over their shoulder to see if they’re doing their job. This way we can cut a lot of the office politics away. This is not an easy culture to instill, so you have to install it from the top. I have to lead.

You want to diversify away from ]gambling in Macau, but are you interested in building casinos in Japan now that the government seems amenable to having them?

Japan is a huge offensive strategy for everyone, including Galaxy. But it’s not just about money. We aren’t going to invest everything that we can just to get a license. We can’t carbon-copy what has been done in Macau. They’d want something very original and creative. We know that there are many Japanese who enjoy gaming like pachinko, horse racing and boat racing. It’s a very acceptable form of entertainment. I think it’ll be a great market, and in 10 years, if done properly, that market could be close to Macau.