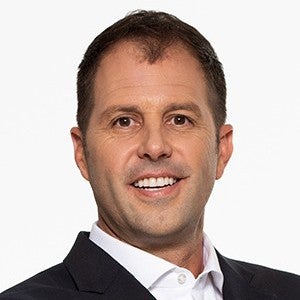 Michael Distefano is the CEO of Professional Search & Interim and is a member of the Firm's Global Operating Committee.

As the leader of the Professional Search and Interim businesses globally, Mr. Distefano leads a high-growth team dedicated to assisting clients with critical talent acquisition needs in the mid-professional and executive levels.

Between 2007 and 2017, he was Chief Marketing Officer of Korn Ferry and President of the Korn Ferry Institute. Mr. Distefano joined Korn Ferry in 2001.

During the dot-com years, Mr. Distefano was vice president of acquisition marketing and new channel development at GetSmart.com, acquired by Providian Financial Company in 1999 and now part of LendingTree.com. Before joining GetSmart, Mr. Distefano served as director of marketing at Benefits Consultants, Inc., a wholly owned subsidiary of Cendant Corporation. Mr. Distefano began his career at TIAA-CREF in New York.

Mr. Distefano earned a bachelor’s in economics from Bloomsburg University of Pennsylvania and was named one of the world’s top 500 CMO’s by Exec Rank (ranked 146 in 2014 and 499 in 2012).