“More than a quarter of hospital groups say they don’t have any plan for when the CEO leaves.” 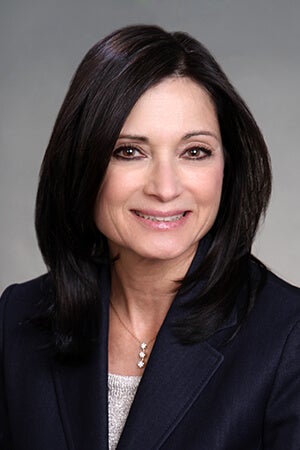 Enter any hospital and you’ll likely see things that are common to them all, such as nurses and doctors bustling in the hallways, life-saving machines, and operating rooms. But at the very top, the organizations that run hospitals share another trait: administrators who’ve been in the job a really, really long time.

Indeed, it isn’t hard to find CEOs of healthcare systems who have held the role for more than a decade—and some 20 years or longer, putting them near retirement. And while there’s nothing inherently wrong with CEOs who’ve been on the job a long time, of course, it does mean a clear succession plan should be in order. But that’s where a disturbing number of hospitals share something else in common: they don’t know who the next boss will be.

It isn’t that the healthcare firms don’t understand this is a big problem. Two-thirds of them are more concerned about the age of their C-suite executives than they were five years ago. But healthcare boards aren’t bringing up succession on their own. CEOs are often the ones dictating who his or her replacement will be.

In some ways, it’s understandable why. Even as the hospital system has changed, some of the boards have not. Many of the directors (or trustees) were hand-picked by the CEO in the first place because of their status as pillars of the community or their ability to raise money for the hospital. Plus, healthcare culture is far different, and often more risk-averse, than other industries, solely because of how so many of its decisions deal with life-or-death situations.

Still, it’s critical for healthcare boards to get their succession plans in order. Healthcare in the United States is going through some tremendous upheaval. There’s already been multiple waves of mergers—which have put multiple hospitals, doctors groups, and outpatient facilities all under one umbrella—and there likely will be another wave soon. At the same time, the entire reimbursement system is changing. An increasing number of groups, including the federal government, want to pay healthcare groups for keeping patients healthy, not just fixing them when they’re sick or hurt. That’s all before the most obvious upheaval: technology that is changing how patients actually get treated.

All that means the next CEO is going to need considerably different skills and experiences than the man or woman who has been holding the post for the last two decades. The savvy healthcare systems are already anticipating this. Employees with high potential are being rotated through the various divisions of the hospital system. Managers who start on the healthcare-delivery side are getting experience in finance and other areas.

Boards are doing some changing, too. New healthcare directors and trustees are not just there to fundraise, they’re brought in for their operating experience, expertise in finance, or knowledge of other areas to be effective advisors to the CEO. These boards are putting a heavier emphasis on talent development. Some boards are modifying the mandate of their compensation committees.

None of this is going to change the situation overnight, but having that succession plan and an improved talent development pipeline should give the organization—and patients—more confidence in the system’s long-term success. It can also avert the worst possible short-term scenario: the CEO having surgery for a life-threatening injury, in his or her own hospital, and the board having no idea who will run the place if the surgery fails.