Companies offer a host of new benefits, but do they attract the right talent? How firms can sweeten incentive plans the right way.

The finance firm’s CEO thought he had a great idea to solve his company’s problem of employee burnout: give everyone in the firm, regardless of their level, another week of paid vacation.

He announced the plan to his 5,000 employees at the start of the year, and the move immediately made his company the industry leader in paid time off. Plus, he told his senior leaders to let employees actually enjoy their extra vacation time (i.e., don’t bug them with work questions while they’re away).

A year after instituting the plan, however, the number of days workers used had barely budged. Employees feared they’d fall behind on projects—and risk getting chewed out by their bosses—so they didn’t take any more vacation time.

The plan didn’t do anything to make employees less stressed or quit less frequently, either. But now departing employees had accrued an extra week of unused vacation time that the company was obligated to pay when they left. The extra corporate “benefit” wound up costing the employer several million dollars.

You could make a case that “corporate benefits” are one of the largest economies on earth. By some estimates, American employers spend more than $3.1 trillion on employee benefits annually, more than the GDPs of Brazil, Canada, and Italy, and just a shade less than the United Kingdom’s. And that’s just what is spent in the United States; trillions more are spent worldwide on healthcare, retirement contributions, vacation days, family leave, travel discounts, charitable matching, even paid time off of work to volunteer.

The reason for all those noncash perks is obvious. In a competitive job market, companies want to stand out. Organizations around the world believe that offering multiple insurance options, financial-planning advice, free food at work, or free pet insurance can make the difference in attracting and keeping great talent. And as low employment continues to foster more of a “buyers’ market” for workers, more firms feel that juicy benefits are essential to fill jobs and snare the best talent.

Any benefits program should meet the needs of a diverse workforce, use resources effectively, and make an organization attractive to future employees. These days, experts say, improving an employee’s work-life balance and career prospects are the new “perks” that win over high-value talent.

For many younger employees, being able to work nontraditional hours inside or outside the office is pretty much expected.

The idea may seem silly, but experts say it can result in workers actually taking fewer vacation days—while helping them take control of their work-life balance. It also sends a message that the employer trusts the employee.

Though it isn’t traditionally thought of as a benefit, 91 percent of employees say that helping them develop a new skill or plot a career path is an important factor in deciding whether to stay at a job.

But the question continues to nag: Are those perks—and the vast sums of money that companies spend on them—working? Data time and again has shown that employees aren’t using many of the benefits they have. Indeed, countless vacation days are left untaken annually, and insurance and retirement plans are still too often overwhelmingly complicated. Job tenure has fallen dramatically over the last few decades too, particularly among young people, even as spending on benefits has grown.

For their part, companies aren’t too happy either. After all, workers may not notice, but their employers have to juggle dozens of benefits providers at once, and constantly reshuffle the ones they use. Overhead costs, meanwhile, continue to skyrocket. Not surprisingly, more than one-quarter of firms say they’re dissatisfied with the benefits they offer; a fifth that offer retirement-plan sponsors want to actually fire their current provider.

The grumbling on both sides has prompted some changes, with some companies trying to make their programs more efficient. Indeed, according to a special Korn Ferry report that canvassed hundreds of firms worldwide, an increasing number of of them are rebuilding their compensation and benefit programs from scratch. The study found that the one-benefit-fits-all approaches are “not going to cut it,” and some firms are even trying to tailor benefit programs down to the individual employee.

But the progress has been slow, with only two in 10 employees saying they can access their benefits easily. “Employers are not as ahead of the curve as they might think,” says Tara Fung, vice president at CommonBond for Business, a financial technology company that advises firms on benefits. All of which leaves many corporate leaders soul-searching for the next best steps in their quest to find the true, well, benefit that these incentives should bring.

Today, of course, the image is almost a cliché: Silicon Valley tech firms offering a plethora of perks, including unlimited bottles of sparkling water, on-demand haircuts, and onsite yoga classes. But corporate benefits have gone wacky across the world as well. There’s the clothing brand that gives employees time off during the workday to surf; the construction firm with a wine bar in the middle of the office; and the bank that gives workers $500 to buy business attire. And don’t forget the energy company that offers free Botox treatments.

To some degree, the strong job market that left companies begging for replacements forced some of today’s current bonanza of benefits. But long before the first office Ping-Pong table arrived, benefits were considered part of the social contract between workplaces and employees. One 2018 survey said that 80 percent of workers would rather keep their current job and benefits than take an identical job somewhere else that offered 30 percent more money but no benefits. 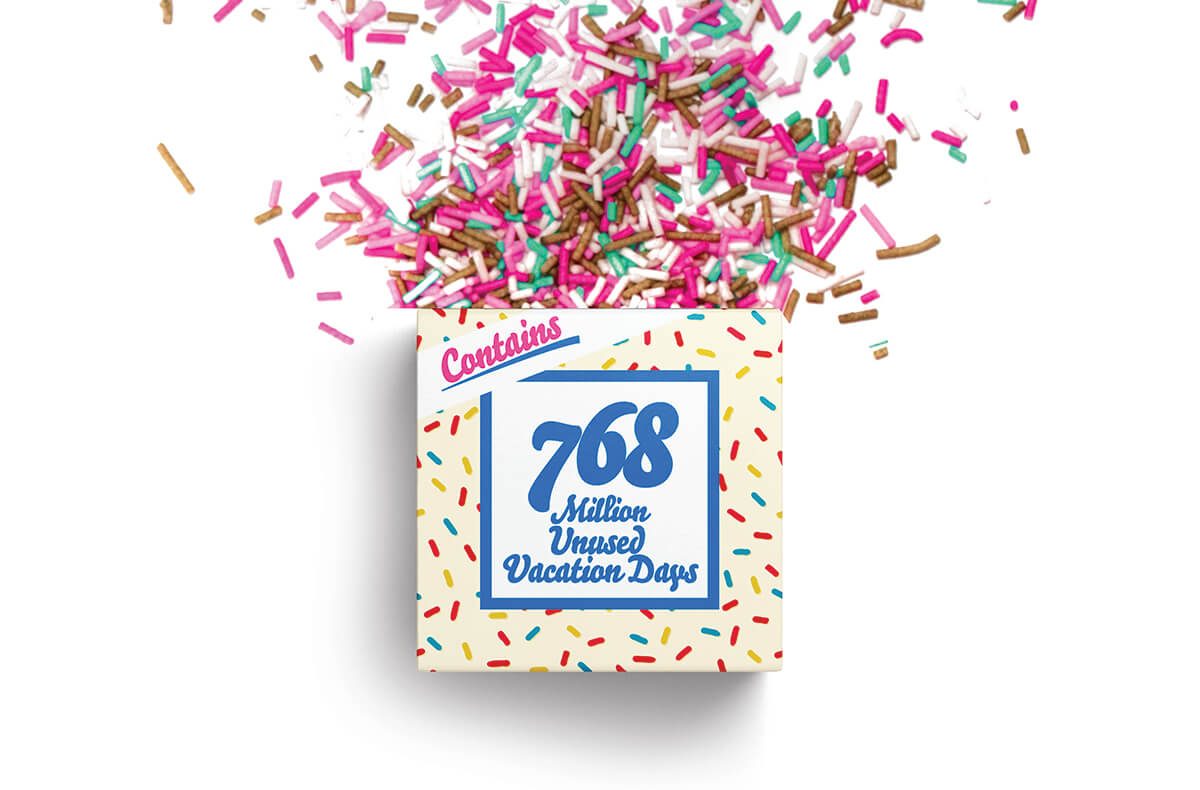 The priority among those benefits are health insurance and 401(k) contributions, and when combined with all the perks, benefits historically account for about 30 percent of a US civilian worker’s total compensation (in 2019, it’s 31.4 percent). But while the percentage hasn’t moved much, the amount of money actually spent has—by a lot. Indeed, US firms are shelling out more than two times more for benefits than they did in 1999. A lot of that increase is because there are more people employed than ever before. The ever-rising cost of healthcare plays a factor, too. Still, for now at least, few firms will consider cutting costs too much in the benefits arena; more than 70 percent say the top reason they’re increasing benefits is to keep talent from jumping ship, according to research by the Society of Human Resource Management.

To determine their benefits, some firms survey their employees to see what they may appreciate. Many others often decide on which benefits to add based on what the most admired firms around the world are doing. That’s why there’s been a recent surge in companies offering expanded parental-leave programs.

The problem is, experts say, that while yoga classes, free food, clothing allowances, and more generous parental-leave programs may sound like they will help increase employee loyalty, there’s no direct academic evidence that any of them, taken individually, actually make a dent. “No one works there because you have a foosball table,” quips Christine Mellon, senior vice president and chief human resources officer of the consulting firm CSG International. Indeed, when the consulting firm Work Institute surveyed 34,000 people about why they quit their job in 2018, only 9 percent said it was due to compensation and benefits.

In fact, most employees say their benefit options are fine. Compensation, job promotions, and treatment from the boss may matter a ton. But in a recent survey by the nonprofit HR group WorldatWork, 64 percent of employees said they think their existing benefits meet their needs.

Plus, there’s plenty of evidence that companies spend a lot of money on benefits that employees don’t use. For instance, about 30 percent of workers say they’re certain they are using their benefits to their fullest potential. It’s a number that perplexes Greg Anton, chairman of the Financial Literacy Commission for the American Institute of Certified Public Accountants, the organization that conducted the survey. “Imagine how employees would react if they were not 100 percent confident they could get to all the money in their paycheck,” he says.

Another example is the staggering number of vacation days employees don’t take. Each year, Americans don’t use an estimated 768 million of them. But those unused days don’t just disappear; they become future liabilities for the firm. Some estimates peg that US firms pay out $224 billion a year to employees in unused vacation days when those people leave their jobs.

The cost of existing unused benefits, as well as the rush to add new perks, can also backfire, says David Lee, author of Managing Employee Stress and Safety. “If an employee’s daily work experience screams ‘We don’t care about employees,’ adding goodies, gimmicks, and gala events will only make them distrust management even more,” he says. 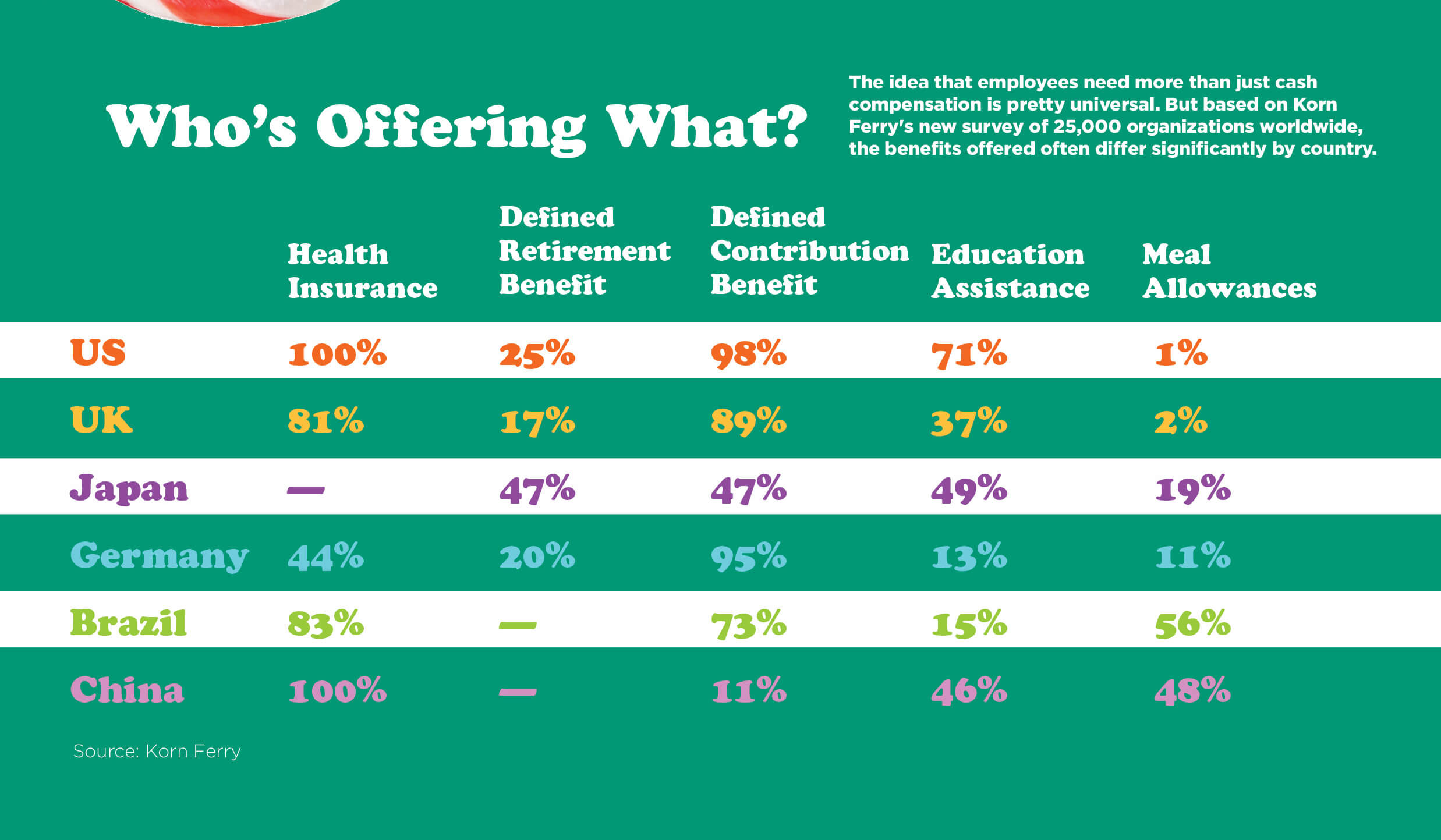 Companies must get better about the benefits they’re adding and how they convey them to employees, experts say. For example, companies that not only offer traditional and supplemental health insurance but also education about how those programs can work together can offer employees more protection, according to research from insurance provider MetLife. At the same time, firms need to recognize that not every employee is going to want the same benefits. “The answer is no longer a monochromatic benefit system but a bespoke, customized system with more options and choices that fit with an employee’s life stages,” says Mike Feiner, who was CHRO at Pepsi for 20 years and now consults on HR issues.

There are also new technologies that can make it easier for employees to use benefits and for employers to administer them, says Bob Wesselkamper, vice chairman of Korn Ferry's Rewards and Benefits Solutions practice. “The technology and programs are there for companies and beneficiaries, but most organizations haven’t kept pace,” he says. Over the last several years, it’s gotten far easier to tailor benefits to specific employee groups and cut down the number of benefit providers. “Right now, too much profit goes to the provider, and there aren’t enough insights for the employee or employer,” Wesselkamper says.

But the most important move may be to focus on adding benefits that reduce an employee’s stress levels. An overwhelming majority of firms already have basic health insurance and defined-contribution retirement plans, but just having them doesn’t do much to relieve employees’ anxieties around whether they can survive financially if their spouse loses a job, or how much a medical procedure will really cost in out-of-pocket expenses. That’s why some employers are skipping giant extensions to healthcare coverage in favor of more modest add-ons, such as financial planning sessions or medical professionals who proactively check in on employees. “When given a choice between napping in a hammock or enjoying a work-life balance and continuous growth, employees will opt for the latter,” Mellon says.