Forced by competition and now the pandemic, organizations are retooling their workforces. Will that leave successful late-career executives out in the cold?

When it finally happened to him, a famous line from The Godfather ran through Patrick Taylor’s mind: “It’s not personal. It’s strictly business.”

Taylor had been a vice president in corporate communications at his previous firm, and at 59 felt he was still at the top of his game. But suddenly, he found himself receiving the “strictly business” talk and being nudged aside for a younger, cheaper staffer. He says he didn’t attribute it to ageism necessarily, but to the harsh nature of the bottom line.

The company was going through a reorganization and was looking to cut costs and streamline responsibilities. “The reality of corporate life is that when you have been working for a company for a long time and have become a senior-level employee, that firm will eventually go through some changes,” Taylor says.

His conversation took place before the world changed amid a global pandemic that dealt crushing blows to humanity and the economy all at once. But it raised a dilemma that many companies will surely consider in the post-crisis era: what to do with their older workforce.

It’s easy to understand the fear if not the resentment of baby boomers. Tens of millions of them have spent decades building up their careers and, in many cases, assuming mid- and senior-level leadership positions. They’re in their mid-50s to late 60s, and the last thing they want to do is shuffle off to a retirement village in Arizona.

Their companies, however, have another point of view. During any hard times—and particularly during these—organizations will be under pressure to adapt. Rather than teach their older workers new skills and behaviors, many firms will prefer to replace them with younger, more malleable, and often cheaper employees. “There are two enormous and evenly matched age cohorts who are going to be jostling next to each other for a long time,” says Joseph Sternberg, a Wall Street Journal columnist and the author of The Theft of a Decade, about the economic tensions between millennials and boomers.

As companies see it, none of this is prejudice—it’s part of their post-COVID-19 recovery efforts, if not a natural part of corporate evolution in any era. Even so, those in the older set face a difficult reality. According to a study last year, 56 percent of workers over age 50 lose longtime jobs before they are ready to hang it up. And nine out of 10 never recover their previous earning power. The question that inevitably arises in their heads is “Is this fair?”

It’s worth noting that firms are facing this choice because 21st-century society has created an entirely new demographic puzzle, with new pieces that fit together in different ways. Take just a few decades ago, for instance.

In the 1970s, the average lifespan was 67 for men and 75 for women. Back then, retiring at 65 meant there likely wasn’t that much terrain left to cover. Meanwhile, most workers had corporate pensions, which along with Social Security brought a secure retirement within easy reach.

Now, it’s a different story. Lifespan is around 76 for men and 81 for women; defined-benefit pensions have almost entirely gone away; and the long-term health of Social Security is, well, shaky. But beyond the fact that many boomers aren’t financially ready to retire, they derive value and purpose from working. They don’t want to sit on the professional sidelines twiddling their thumbs.

It’s a scenario more employees are facing than ever before. The massive demographic bulge of the boomers are now solidly in their 60s and 70s and facing these very career questions. Although they make up a smaller number of workers overall, senior citizens are projected to have faster rates of labor-force growth annually than any other age group, according to the US Bureau of Labor Statistics. For the 10 years ending in 2024, the labor force in the 65-to-74 age group is expected to grow about 55 percent, while the growth rate of the 75-and-older age group is expected to be about 86 percent. The entire rest of the labor force, everyone under 65, is expected to grow just 5 percent over the same time span. 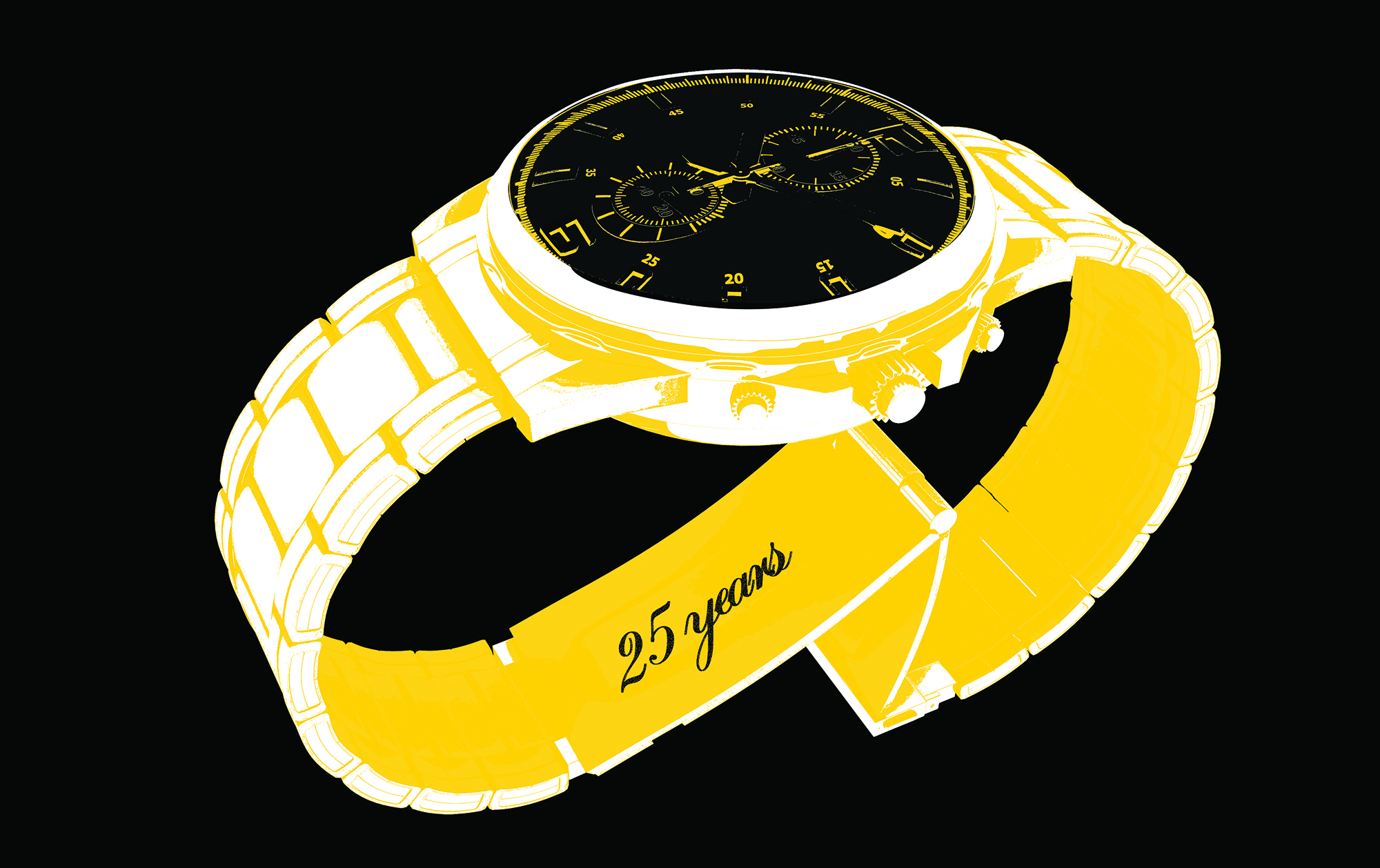 There’s also a common misconception that age issues—overt or otherwise—only affect middle management or lower-level employees. But today’s senior management is right in the age “sour” spot. The average age of C-suite executives is 54, according to a Korn Ferry Institute study of the top 1,000 US companies by revenue. That age is right at the heart of when these issues begin to crop up, and senior executives can go through them just as much as anyone else. “For someone in higher management, you might start feeling vibes about your age shortly before you hit 60,” says Kerry Hannon, a career transition expert and the author of Never Too Old to Get Rich and What’s Next: Finding Your Passion and Your Dream Job in Your Forties, Fifties, and Beyond. Even senior leaders can find themselves being passed over for assignments, not offered workplace development programs, or told to stay home instead of traveling to business conferences.

Some companies, however, argue that they have no choice but to retool their workforces. Firms want a digitally native, more diverse workforce, and they have good reason to. Technology will continually revamp how business is done, and companies need their workers to not only adapt but innovate. Meanwhile, having more diverse voices among the employee base and leadership will open up an organization to new ideas, innovation, and, in many cases, better business outcomes.

Unfortunately, older workers usually bear the brunt of that shift because of the perception that boomers are the least tech-savvy or adaptable generation in the workforce. And there’s some evidence that backs that up. Moody’s Analytics studied the issue and found that productivity often drops for firms with a high share of workers over age 65. And down the road, the problem only increases, since older workers staying put potentially depresses the future growth of younger workers and the company. “The statistical evidence is strong that boomers are holding back the generations that followed them,” says Mark Zandi, chief economist for Moody’s Analytics.

In some ways, older workers are victims of their own success: if a company suddenly wants to slash costs, it will make a lot more headway cutting employees with six-figure salaries rather than $40,000-a-year new recruits. Hitting age 50 is a crossover moment for many, says Helen Dennis, an aging specialist and a coauthor of Project Renewment: The First Retirement Model for Career Women. That’s when people start to wonder if they can advance much further. “Then, if you are approaching 60 and find yourself looking for a job, that question is always going to be in the back of your head: ‘Who is going to hire me at my age?’”

The emotional toll of this phase of career life is not something you have made up in your head. It is very real and can be very draining. After all, major financial needs persist at this stage of life—mortgage payments, retirement savings, eldercare for your parents, college tuition for your kids—and adding on a layer of career anxiety just makes things worse.

Indeed, looking for work as an older person, even before the pandemic struck, was no fun. “It can make you feel like the invisible woman,” says Vicki Schmelzer. After decades as a financial journalist, Schmelzer lost her job two years ago at age 62. Now, facing the world amid the coronavirus outbreak, she says she's given up on landing a full-time role, although in her view, the crisis may create some opportunities for her age bracket. While fallout from the virus has damaged company finances, she says, it is revealing the talents of veteran workers.

Despite this, among workers 45 and older, a whopping 61 percent report experiencing or observing age bias on the job, according to a survey by the AARP. Workers over 50 are often perceived as old and tired, says Caitlin Kelly, an award-winning author who herself is 50-plus. “It’s absurd, and it’s massively unfair. But it can be very difficult to counter someone’s preconceptions.”

There is some good news for employees on the back half of their careers. On the corporate side, there is an increasing awareness that older employees have been a valuable resource tapped during the crisis, and will likely continue to be valuable in the future.

Experts say it isn’t only a cultural boon to maximize the contributions of your older workforce but a bottom-line one as well. Older workers can be the most trained, capable, and productive members of any staff, so why disproportionately push them out? At the same time, some organizations can diversify by adding older workers.

For employees, career experts say there are multiple strategies this age group can invoke to assure a more fulfilling work life, even in a career’s later stages. Be forewarned: it might require at least a partial reboot—how you spend your time, what skills you are learning and deploying, and which networks you are developing.

That’s essentially what happened to Patrick Taylor, who felt he was certainly not done after he was let go more than two years ago. He flexed his entrepreneurial muscles and started his own communications firm. What did he name it? “59 Media,” after the age when his dramatic career shift took place.

Whether you opt to stay in the corporate world or create something new, Taylor has a piece of advice: own your age. “Know that with age comes a whole lot of experience, knowledge, and insight,” he says. “Don’t be ashamed of it.”