Consider it social distancing on wheels. One reporter on how this often-tough sport offers many benefits.

There was a time in my darker middle-age years when I complained to just about anyone who would listen (and some who made it clear they’d rather not) that my knees were going.

I continued to try and run, my staple form of exercise, but it was getting to be an ordeal. Tennis was how I had long amped up my youthful testosterone rushes, but that was out now too, because of the pain. Arthritis was closing in.

And then I got lucky. My brother, Paul, playing therapist, listened to my complaints and suggested I consider a no-impact sport that somehow had escaped me. It was about as simple as, well, riding a bike.

It is a choice that a number of high-powered executive types are taking. Overall, more than one in 10 Americans are now regular cyclists, more than 45 million in all. Those include a lot of middle-age road warriors struggling with bad knees, like me, who embrace cycling as a path to superb conditioning and freedom—and an outlet for competitive mojo. “I see it a lot,” says Paul Levine, the owner of Signature Cycles in Greenwich, Connecticut, one of the country’s top custom bike shops. “They used to run or play squash or tennis, but they can’t do that anymore. Cycling you can do forever.”

He counts billionaire investors like Ken Griffin and Eddie Lampert among his clientele. Out west, the hordes of known cyclists include people like Carl Guardino, the CEO of the Silicon Valley Leadership Group, and Sam Liccardo, the mayor of San Jose, to name only a few. 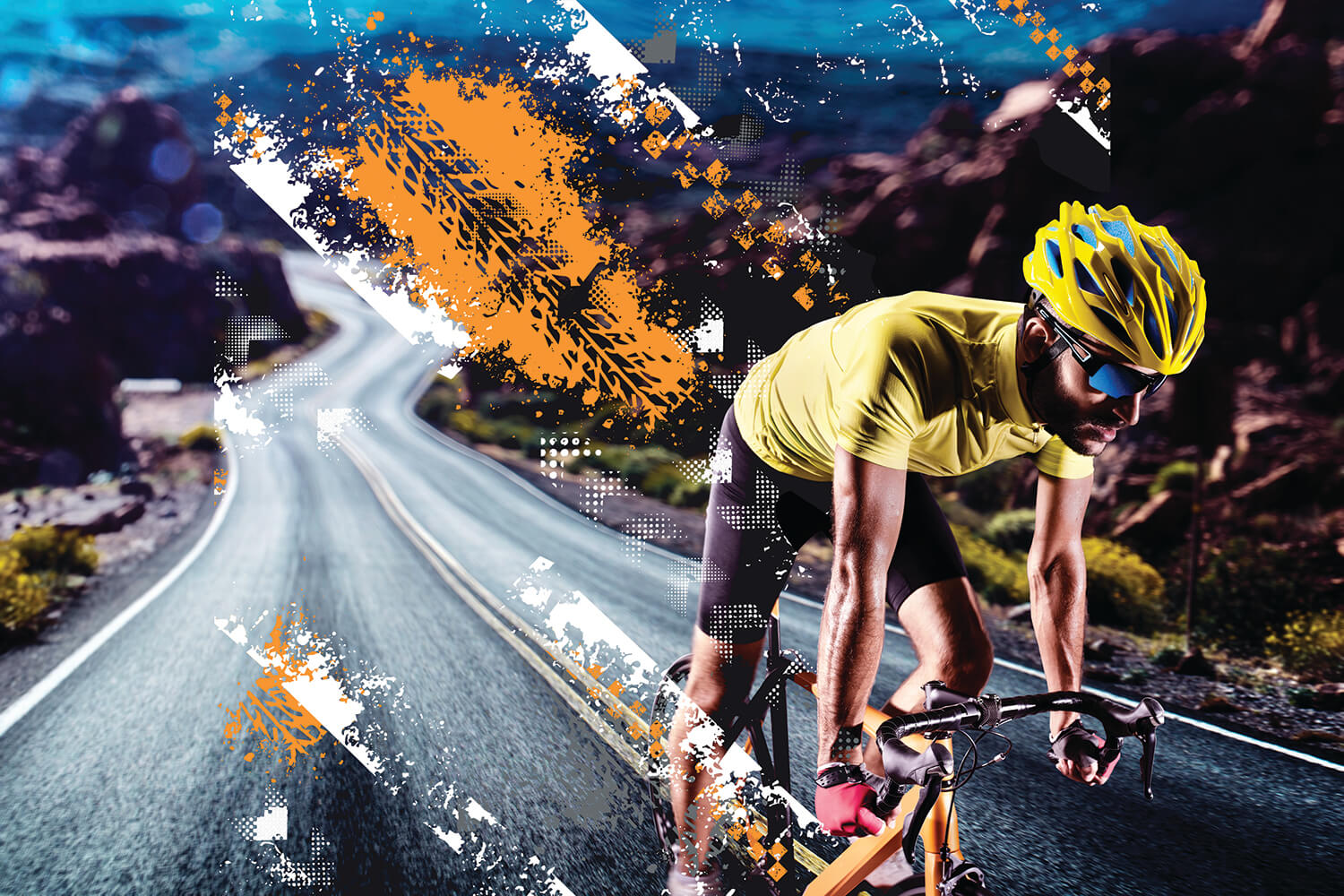 I’ve been road cycling now for six years with more than 10,000 cycling miles behind me, and it has become a form of personal reinvention. Each weekend, you can find me along suburban backroads filled with men and women in garish spandex outfits and ridiculously lightweight carbon-fiber bikes (which can cost north of $15,000). Go ahead and chuckle as you spot a newcomer frantically trying to unclip from pedals at a stoplight and tumbling. (More than one driver has rolled down a window and applauded my pratfalls.)

But I have found that such occasional silliness just isn’t relevant, because so much of what matters takes place inside your head—as you focus on keeping the right pace, preparing for the next big hill, enjoying the camaraderie of fellow riders, or noodling over work and family.

Once I am in the saddle, pushing along at better than 20 mph for miles at a time, listening to my breathing, feeling the breeze, drinking special electrolyte potions, I am growing emotional wings and taking flight. I always finish a ride, typically 40 to 60 miles, feeling I have accomplished something personally meaningful. Mountain biking has a hipper buzz, but I love the steady physical and mental rhythm of a long road-bike jam with my groups; this is a delightfully social, coed sport.

When cycling, you are conditioning your body like a twentysomething. (I now weigh what I did in college.) The total body fatigue you will experience after a vigorous 60-mile ride just means you’ll occupy a stronger body later—after some protein supplements, an ibuprofen nightcap, and a good night’s sleep.

But it’s more than physical. I once wrote an article during my years as a Japan correspondent for the New York Times about meditating at Zen monasteries and spoke with a monk who had explained how those who were “sitting,” as he called it, needed to just let go and watch the “movie” slipping by in their minds. I had little idea what he really meant. Now I do. That mellow pondering is often more creative, too, because your mind is more open. I’ll often spot an approach or a conceptual hook that was not apparent before.

I took a ride recently with two cycling mentors—my brother, Paul, and a friend, Clemson Smith Mu?iz, who had helped me get started. It was a golden fall morning and our group of five took a brisk, 50-mile route from my home in New Jersey up several climbs to the town of Mountain Lakes and back. Paul attacked our first big hill, rising out of his saddle as he passed us, only to discover it was longer than he realized and he had to pant through the final stretch. I passed Clemson on one hill, but he zoomed by on the flats. We chatted about work, kids, a bear I’d seen, cycling achievements. My knees, to the extent they crossed my mind, didn’t hurt a bit.