Leaders need to understand how much “presenteeism” can jeopardize their firm’s future.

The spread of COVID-19 fostered an unexpected surge in employee unity and productivity. Now a critical challenge is how to keep it going.

It was a tall order to ask, especially at the start of a frightening global pandemic. But for IT workers at a financial firm in Columbus, Ohio—and of course much of the world—business shifted dramatically when the state shut down. Almost overnight, the team had to figure out how to give all 250 employees remote-work capabilities without jeopardizing security. Weeks of round-the-clock efforts were needed.

Ultimately, it left the head of IT in awe. To her, it was clear: the team’s engagement, productivity, and camaraderie were more palpable than ever.

Sound familiar? During the early days of the pandemic, amid all the tragedy and difficulties, there were repeated stories of staffs rallying to the occasion. Some did it out of a shared sense of trauma, some out of a renewed sense of purpose, and still others out of fear of losing their jobs. It left many corporate leaders grateful, wide-eyed, and impressed watching staffs reach new heights of achievement.

But while it isn’t making headlines, maintaining that esprit de corps could be one of the most important challenges left for the year—for some firms, even a matter of survival. As organizations struggle to navigate the so-called new normal, experts warn that employees are showing all the signs of serious burnout, just when they are needed most. Without doubt, the crisis has already taken a massive psychological toll, with nearly half of Americans saying the pandemic has worsened their mental health, according to a poll by the Kaiser Family Foundation. “That moment of blind productivity that we saw is now causing people to step back and say, ‘Now what?’?” says Derek Lundsten, president and CEO of the peer-to-peer guidance platform LifeGuides. 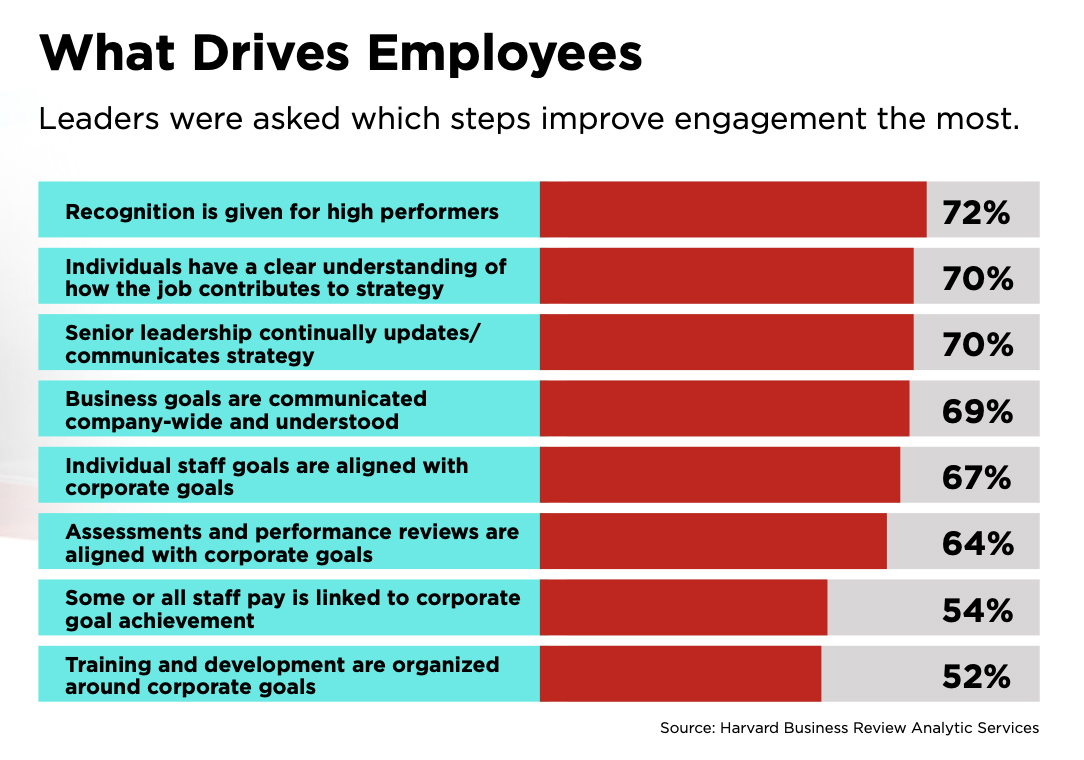 In particular, human resources officials say they’ve noticed an alarming trend of workers simply missing appointments, losing their cool on Zoom calls, or suffering from a form of “presenteeism”—the state of being physically on a call or in a meeting but not mentally or emotionally present. Answers to all this are never easy, but engagement experts say leaders have options. They can, for example, create time for rest and recovery, no matter the surroundings. “The way you combat presenteeism is by actively creating time for recovery when there appears to be none,” says Lundsten.

With more than 36 million people unemployed right now, and the Federal Reserve predicting unemployment will be elevated for years, leaders should also try to keep their teams going by reminding them of what is certain, being up-front about where future cutbacks stand or whether key purpose-driven projects will continue. Even leaders conceding their own uncertainty can help. “We’re in unprecedented times, and even after the virus, we’ll still be in uncertain times,” says executive coach and workplace culture expert Jackie Lauer.

Perhaps the most critical step in keeping the productivity and team spirit alive postpandemic is acknowledging the practices and behaviors that have changed during the crisis; get real feedback from employees before deciding which ones should be carried forward. “It’s about quantifying the intangible,” says Mark Royal, associate client partner for Korn Ferry Digital. “I’ve seen some organizations do this through surveys and requested feedback as well as through anecdotal feedback.” Whether it’s changing where people work, how they’re rewarded, or how meetings get done, the key for leaders is to think of the cultural shifts that are needed in order for the change to be lasting. “If organizations aren’t careful, some old ways of working could come rushing back in,” Royal says.