Where do you go when you can work from anywhere?

In early 2020, Kumar Thangudu found himself stranded. The founder of EngineerSF, a growth marketing firm based in the Bay Area, flew to Miami to speak at a conference, only to find it canceled due to the rapidly escalating COVID-19 crisis. Concerned about the health risk of flying home, Thangudu extended his stay. Then he extended it again. And again. He was already frustrated with California’s high property taxes and ridiculous cost of living, among other things. His colleagues, meanwhile, began moving to Salt Lake City, Lake Tahoe, even Puerto Rico. “The promise of San Francisco, of New York, is a bygone promise,” he says. After more than a month of basking in Miami’s economic diversity, inexpensive lifestyle, and blossoming start-up scene, Thangudu decided to convert from visitor to transplant.

Studies show about 20 percent of adults in the United States have moved since the pandemic’s onset. Many of them, suddenly untethered from urban offices, have packed their bags for greener pastures. “When you have the freedom to work anywhere, it changes everything,” says Mike Schrobo, head of marketing for Bitcoin IRA, who’s planning a move from Los Angeles to Colorado. Among the more high-profile relocations: Tesla’s Elon Musk left Silicon Valley for Austin, Texas; Oracle’s Larry Ellison set off for Hawaii; and before his untimely death, Zappos founder Tony Hsieh bought up properties in Park City, Utah. Some are even calling Miami the new Wall Street South, with JPMorgan Chase, Goldman Sachs, and countless financial workers flocking to the Sunshine State.

Considering a change of scenery? Some of the top destinations:

The perk: Low cost of living

Seeking financial refuge? With zero personal income tax, minuscule property taxes, and relatively cheap real estate, the Silver State has far more to offer than casinos. Look to the resort destinations for luxury living. For instance, Incline Village, on the north shore of Lake Tahoe, offers ski resorts, boating, and a thriving culinary scene. Meanwhile, Reno is developing its own unique urban vibe as young Californians relocate, bringing new businesses and clientele. Have an important meeting in the Bay Area? It’s only a few hours’ drive to San Francisco.

The perk: Craft beer with a view

Oregon’s high desert is an outdoor enthusiast’s dream, with river rafting, golfing, mountain biking, and plenty of breweries to stop by post-adventure. Matt Abrams, an investor with the local FoundersPad VC, says residents include the former COO of the Federal Reserve, a previous White House press secretary, and the global vice president for Cisco, who lives on a local ranch. “He’s taking calls from his tractor,” says Abrams, who prefers talking business while backcountry skiing. There’s innovation happening, too, with Bend emerging as an epicenter for software entrepreneurs.

With the freedom of remote work, many East Coasters have sought to escape crowded cities. Surrounded by verdant hills, this picturesque area is punctuated by beckoning mountaintops, organic farms, and cultural offerings, all just three hours north of New York City. The area’s Massachusetts Museum of Contemporary Art hosts big-name concerts, and the Boston Symphony Orchestra has an annual residency at the Tanglewood Music Center. The Berkshires’ dining and beverage scene has grown too, with a focus on fresh, seasonal offerings.

The perk: A booming tech hub with small-town appeal

From the coastal plains to the Blue Ridge and Great Smoky Mountains, North Carolina has ecological diversity as well as bustling cities, all without the premium price tag. The quaint charm is now being levied by an emerging tech scene and growing employment opportunities. The state’s Research Triangle Park is the largest high-tech research center in the US. Plus, major companies like Bank of America, Honeywell, and Lowe’s already call North Carolina home. Unfamiliar with the area? Cities like Raleigh, Chapel Hill, Charlotte, and Durham are among the more popular destinations for new residents. 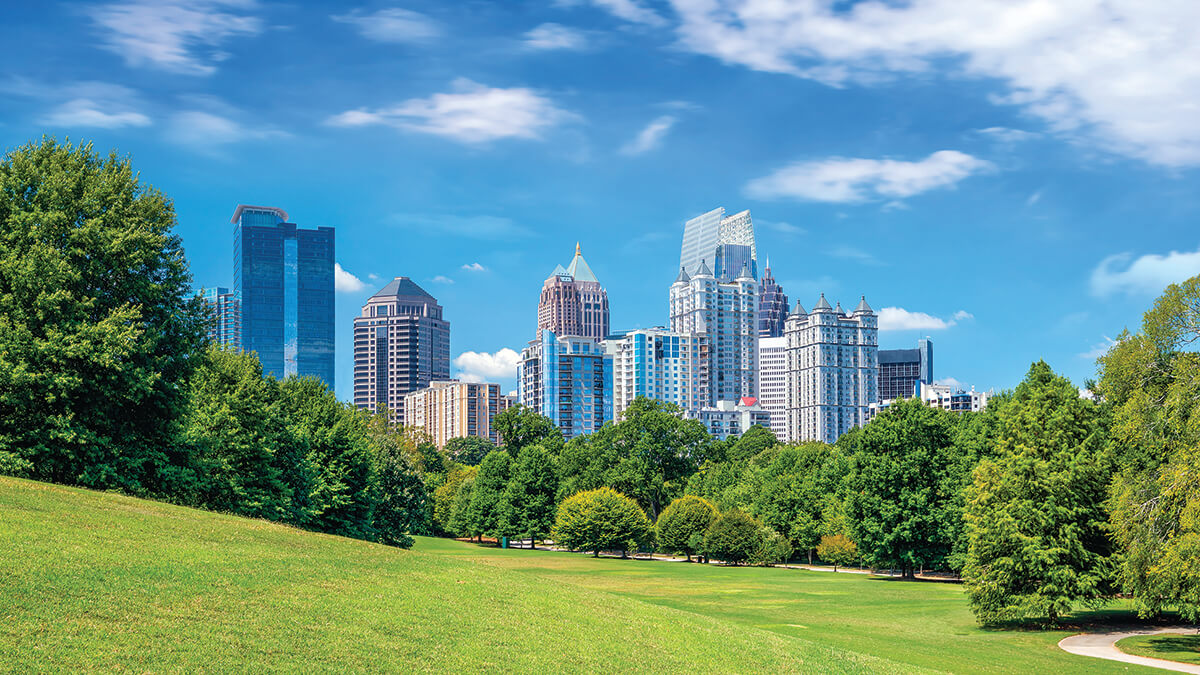 In the South, Texas has attracted attention for affordability—and a host of famous new residents, including celebrities like Joe Rogan. But if you want to save money while also living in a culturally growing city, head east to Georgia. Atlanta, already home to 16 Fortune 500 companies (most famously Coca-Cola), has a booming start-up scene. Unlike the starkly monolithic Silicon Valley, this metropolis of half a million residents boasts rich diversity. In addition to the growing economy, ATL has a strong music scene and many city parks, museums, gardens, and sports teams.