What happened when a World Series champ went all in on creating a hit video game.

It seemed like a perfect pitch—from an All-Star hurler, no less. After retiring from the mound, the man who helped free the Boston Red Sox from the Curse of the Bambino redirected his competitive instincts toward another venture: Curt Schilling was going to create a blockbuster video game. And he would do it the same way he’d willed the Arizona Diamondbacks and Boston Red Sox to championship glory: with equal measures of talent and chutzpah.

Schilling, who retired from baseball in 2009 and had become infatuated with gaming during long road trips as a professional athlete, envisioned 38 Studios (named after his uniform number), developing a spectacular massively multiplayer online role-playing game, or MMORPG, that would rival the megahit World of Warcraft: better graphics, a deeper plot, endless worlds’ worth of terrain. It would make him, Schilling said at the time, “Bill Gates rich.” Such games are indeed big business, generating more than $180 billion in revenue worldwide in 2021.

The fastballer seeded the company with $5 million of his own fortune and set out to recruit an all-star cast of artists and developers, including the famed comic-book creator Todd McFarlane and fantasy author R. A. Salvatore, who were brought on to draft a 10,000-year-long backstory for the game, code-named Copernicus. Schilling endeavored to give his team the full MVP treatment. (For a brief moment, he even suggested employees work 14 days in a row followed by five off, inspired by his schedule as a Major League pitcher.) It appeared he was applying the formula used to assemble winning baseball teams to his business venture.

In March 2010, Schilling pitched his start-up to Rhode Island governor Donald Carcieri, whom he’d met at a fund­raiser. Faced with 12 percent unemployment in his state, Carcieri saw 38 Studios as a potential grand slam. By July, he and Schilling were in agreement on a plan to bring the company to Providence, where it would create 450 new jobs over three years in exchange for a $75 million loan guarantee.

But neither the government brokers nor Schilling (who did not reply to our interview requests) had any experience in the highly volatile video-game industry. The aggressive hiring benchmarks meant that the team was expanding constantly, yet the target release date for the game proved impossible to meet, according to gaming journalist Jason Schreier, whose book Press Reset details the saga. On average, ultra-complex MMORPGs take even the most experienced studios three or four years to produce; Schilling was hoping to launch his from scratch in half that time. The company burned through money, spending extravagantly on travel, office perks, and executive salaries. 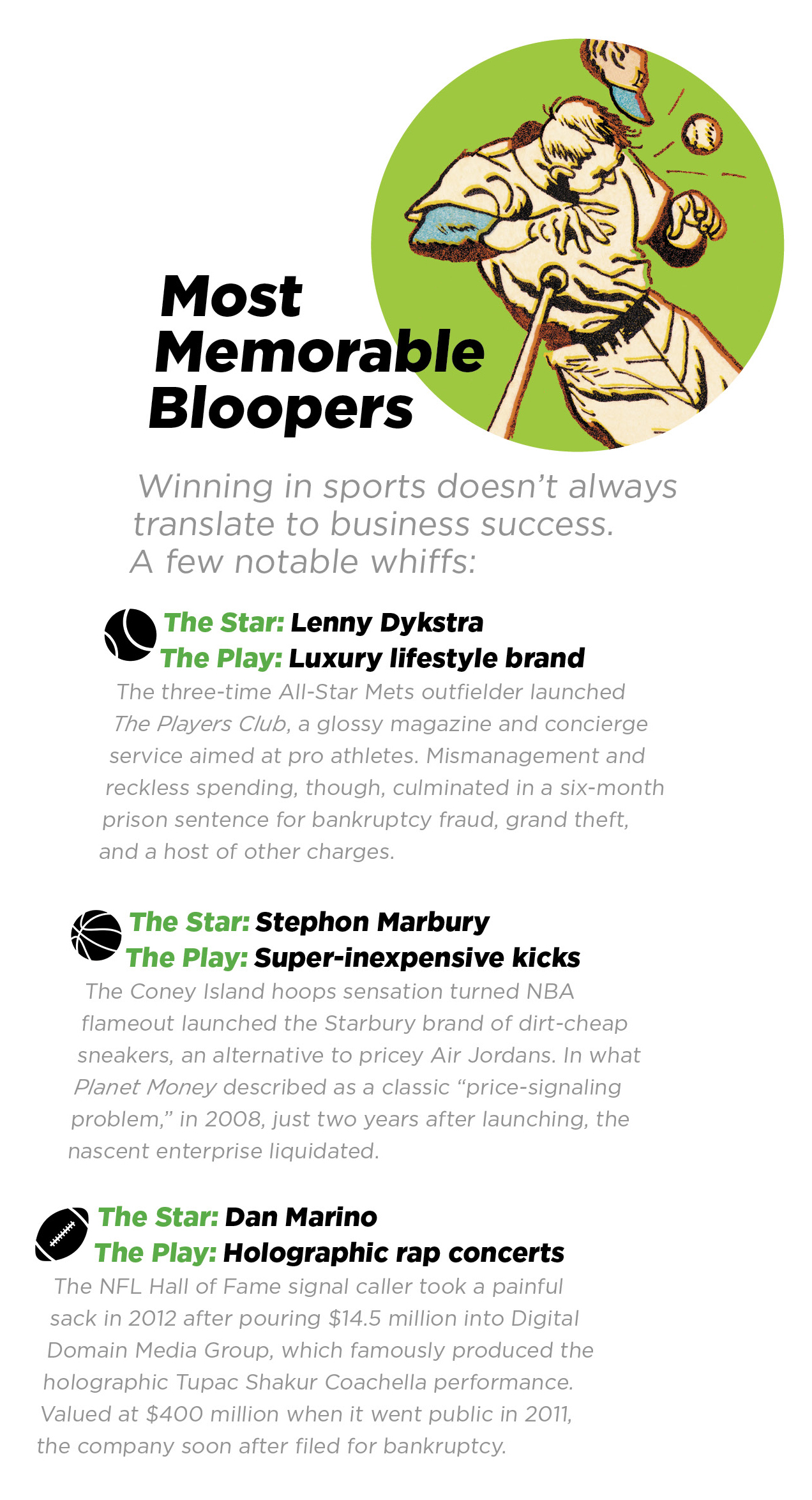 The end came fast. In March 2012, the company stopped paying vendors. Its chief executive stepped down. In May, it missed payroll, and the loan went into default. Newly elected governor Lincoln Chafee told reporters his goal was “keeping the company solvent”—a phrase Schilling claimed scared off 11th-hour investors. Before summer, the entire staff was laid off. The game never made it to market.

In addition to the tens of millions taxpayers forfeited, Schilling lost an estimated $50 million of his own money. The Securities and Exchange Commission eventually charged both the Rhode Island Commerce Corporation and Wells Fargo with securities fraud, alleging they failed to notify investors of the risk. Over the coming years, the litany of settlements and lawsuits surpassed $61 million.

What had been an all-or-nothing swing for the fences turned into an all-time swing and a miss. “Failing them was the biggest mistake I have ever made,” Schilling wrote in an op-ed, “but I did so putting my money where my mouth was, and trying to go big.”