It’s a Friday night, and I’m making my way along the perimeter of a dance floor inside a warehouse garage illuminated with flashing neon lights. The DJ drops a beat, and some 30 bouncing avatars throw their hands in the air. But I miss the cue, standing lumpish with my arms drooping at my sides. Is it possible that I feel even more awkward at this virtual-reality rave than I would showing up to a party by myself in real life?

With another holiday season dampened in most places by the pandemic, those desperate to get festive, whip up small talk over cocktails, and metabolize the energy of a crowded room are experimenting with VR gatherings. Companies are likewise looking for new ways to entertain and connect their remote workforces. And since we’ve all had enough of the dreaded 2D Zoom party, they’re opting instead to ship VR headsets to employees alongside bottles of wine and streamers. The possibilities for customization and creativity are endless. New Year’s bash on Mars, anyone?

So I’m here, clutching a joystick and wearing a clunky headset, to see if it works. Is a party a party if we’re dancing across continents and talking through screens? I eventually strike up a conversation with a woman from Australia. We chat about our headsets (in my case an Oculus Quest 2), the weather—it’s summer in her hemisphere—and she shows me how to make tracers with the glow sticks. By the end of the evening, I’m swinging, sweating, and exhilarated.

I’m one of 26 million people this year to ditch the terrestrial world for a virtual one. Console sales have shot up by 54.2 percent during the pandemic. Mostly I explore AltspaceVR, a social platform that hosts various events ranging from happy hours and speed dating to live concerts, fitness classes, and personal development workshops. Users also have the option to host their own gatherings with friends and family. Other popular virtual hangouts include Bigscreen for watching movies, Rec Room for playing video games, and the ubiquitous VRChat. There are also apps for hosting children’s birthday parties, even weddings. 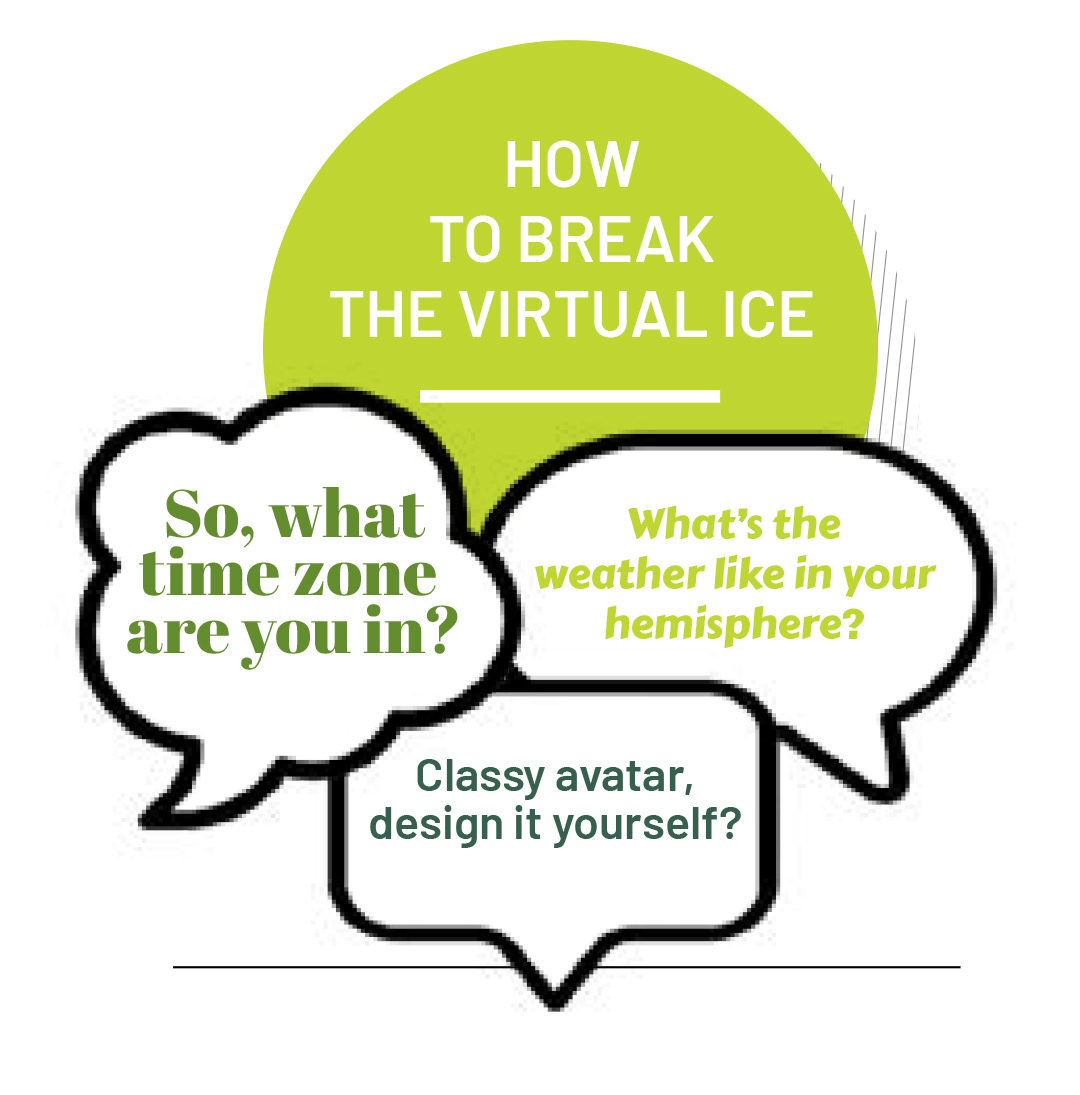 The digitized interactions are somewhat similar to the real thing. I move as I normally would and speak in the same tone. Once, I accidentally enter an over-40 affair and find avatars dressed up in wings and tutus, riding ponies. I hang out anyway, take a few selfies, and listen to their musings about kids and the unemployment rate. A 20-something nurse from New Zealand also takes a wrong turn and ends up in this strange world of adult make-believe. We chat, but even here, among galloping emojis, I don’t escape questions about my accent. In the end, it’s hard to read expressions or gauge mood, and the conversation fizzles.

Later that weekend, on a dreary Sunday afternoon, I saunter into a tropical barbecue for some palm-tree and piña-colada rejuvenation. But the beach vibes aren’t enough to wash away the isolation. In this instance, most of the partygoers already know each other, and I can’t seem to find a way to break in. I lurk awhile, until I start to feel motion sickness. But perhaps the best part of VR party hopping? There’s no need for lingering goodbyes. When I’m ready to leave, I simply click a button—and for all they know, the Wi-Fi dropped.