It was only a magazine, but it triggered a massive wave of media attention. After all, George was the creation of John F. Kennedy, Jr., the 34-year-old son of former president JFK and Jackie Kennedy Onassis, and the Hollywood-handsome scion of the still-potent political era that was once dubbed “Camelot.”

Bored with life as a lawyer and not yet ready to initiate a political career, Kennedy decided to jump into the magazine business in 1995. Despite his lack of journalistic credentials, his mega-celebrity status attracted investors and creative types, who helped him launch his new publication. His concept: merge nonpartisan political discourse with popular culture, an idea that raised more than few eyebrows among media observers. The tagline on the cover: “Not Just Politics as Usual.”

The premiere issue featured supermodel Cindy Crawford dressed as George Washington on the cover, and it sold out a print run of nearly 500,000 copies. It remained a hot glossy for a while, with Kennedy serving as editor in chief, attracting notable journalists for its stories and A-list celebrities for its cover.

Most observers believed that George ultimately failed because of Kennedy’s tragic death in a July 1999 plane crash. In fact, it was already struggling before his death. After its extraordinary launch, the magazine could never quite find a voice and a consistent message for its readers. In the fast-paced world of politics, a magazine that was published ten times a year could never keep pace with breaking news and political trends. Ad sales plummeted, and Kennedy was desperately seeking new investors.

Hachette Filipacchi Media, Kennedy’s partner in the venture, continued to publish for 18 months after his death. But sinking advertising dollars amid a soft market caused George to lose nearly $8 million in 1999 and another $10 million in 2000, at which time Hachette decided to shut it down. The final issue appeared in January 2001.

Ironically, Kennedy turned out to be prescient about his subject matter. “In the twenty years since his death,” wrote Esquire in 2019, “politics and pop culture have become so intertwined that candidates now spend nearly as much time courting voters on late-night talk shows as they do on the Sunday talk circuit.” 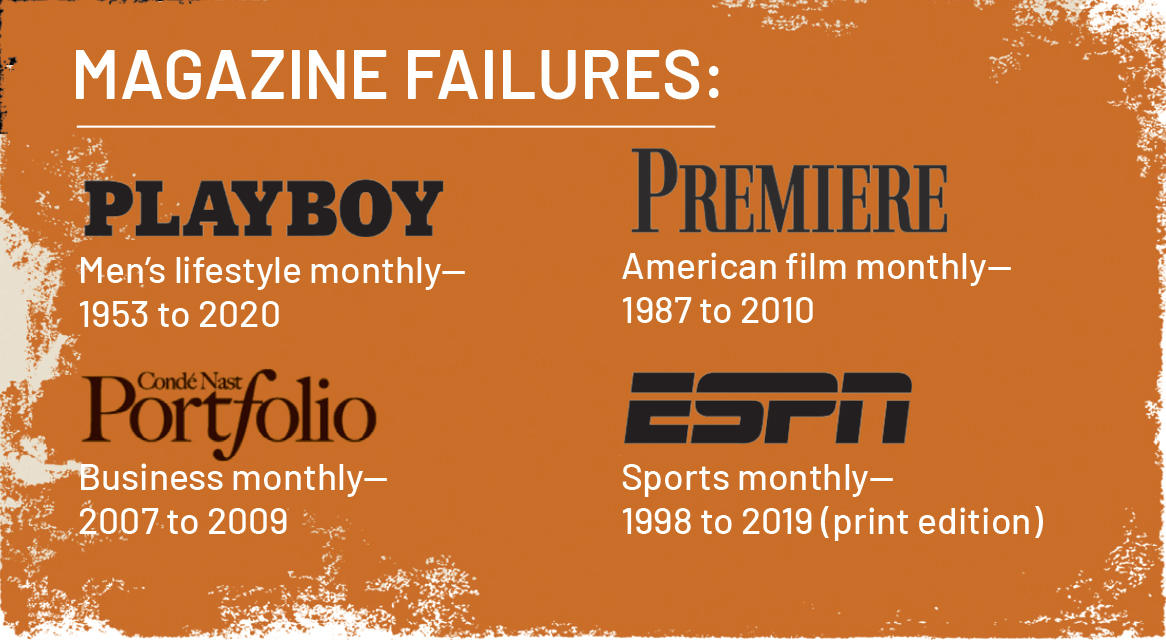