In India, a Call to Return

An estimated 30 million workers fled cities during COVID and built lives around farming. Now the country needs them back.

For more than two decades, Manish Vachher worked for some of the largest and best-known companies in India—from Wipro to Vodafone—often in bustling cities like Mumbai and Ahmedabad. But from the start, he says, he felt a deep connection to the rural way of life. “It caught my attention,” he says. “I wanted to work more in those types of areas.”

It took many years, but eventually he found himself making incremental progress toward a career in farming while also working a white-collar job. Then COVID struck. By the time of the second, more devastating wave in 2021, he had made a big decision: it was time to leave his job overseeing the collections portfolio of two call centers. “New thoughts, new ideas cropped up,” he says. Today, in a small village in the state of Gujarat, he’s doing just what he wanted—advanced farming.

“Though I had the opportunity to settle [elsewhere], my mind was always drawn back to my hometown.”

“It was a tough decision,” recalls Vachher, who has invested his earnings from the corporate sector in his farming and other business interests. This has given him a sense of confidence in the future. “I think things are falling into place now,” he says.

Across the globe, the business world continues to struggle to find the right skilled workers for the right job. India, which still has one of the world’s more robust GDPs, is confronting a similar struggle, but with a different twist. Call it India’s own version of the Great Resignation. Forced to quit or laid off during COVID, urban workers fled by the tens of millions to their village homes to find stable housing with their families and food security through farming. Now, even with the option of returning to a city job and city life, many say they will stay put, as the saying goes, till the cows come home.

This turn of events has shaken up the country’s talent structure, forcing Indian companies to make unprecedentedly aggressive efforts to lure people back. Some observers believe younger workers in particular will eventually abandon farm life and return to cities. Santosh Mehrotra, a former UN economic advisor who helped craft India’s development approach through its former planning commission, is just one of many who are concerned. He says he believes the reverse migration has effectively been “a catastrophe” for the Indian labor force. For a developing country such as India, the surge in farm workers means oversaturating a sector that supports roughly 40 percent of the workforce but represents only 18 percent of the GDP. “It’s a very distressing state of affairs,” Mehrotra says. But the question remains: Is it one India can turn around, as it has done so many times before? 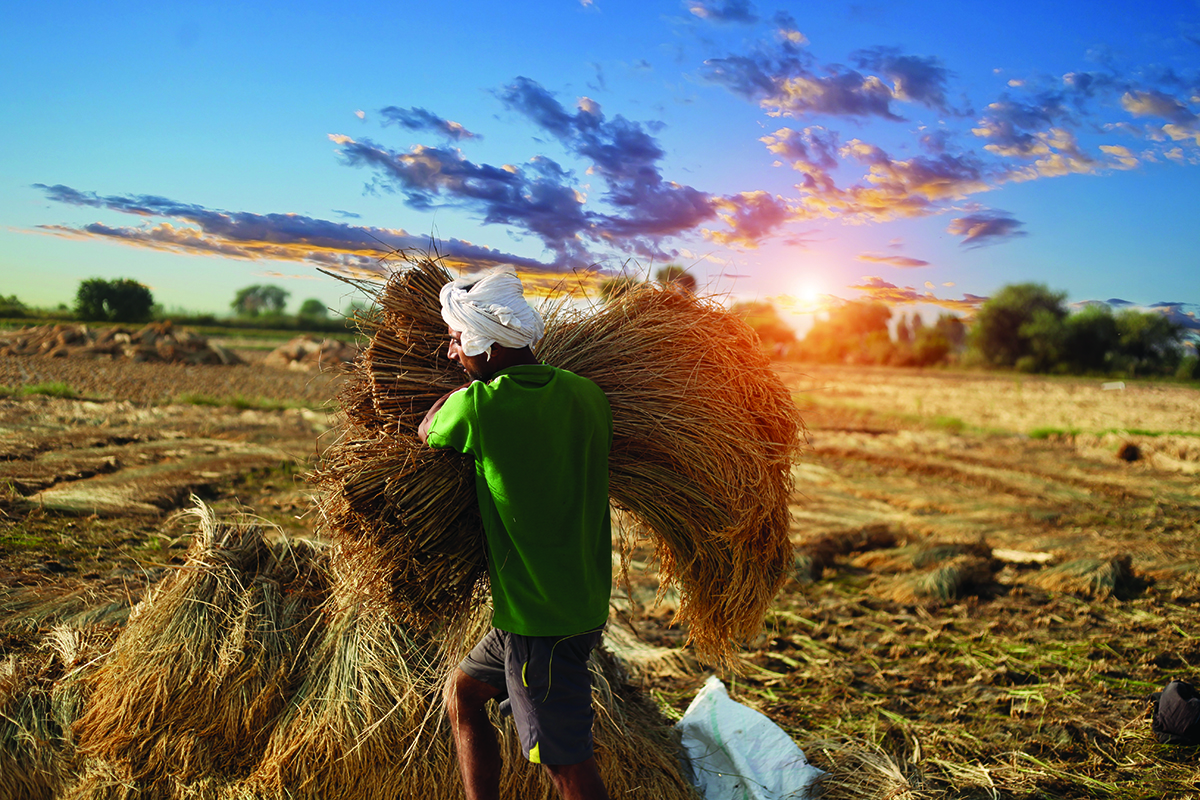 In terms of raw numbers, no country can match the devastation that COVID brought to India.

Even after the world’s largest lockdown, at one point it faced 300,000 infections a day. In the following months, the economy plummeted even as movement remained highly restricted for the country’s 1.3 billion people. In urban India, 40 million lost jobs; in rural India, the number was even higher: 73 million. During this time of heightened anxiety, some experts believe that more than 30 million migrants made the difficult decision to return to their villages—cramming into packed buses and trains, taking marathon bike rides, or even attempting to make the journey by foot—rather than fend for themselves in cities. It’s India’s largest domestic-migration crisis since the country was partitioned to create Pakistan in 1947.

Once home, the former city dwellers turned to the work that has sustained so many of these villages for decades: farming. Indeed, the year after the pandemic, the share of agriculture in India’s total employment rose by 3 percent, the first increase in 15 years. Most of these farm workers came from blue-collar occupations; others swapped corporate professions for work in the fields.

“Companies have to respond to this. The task is pretty enormous.”

For Guru Prasad Reddy, an eighteen-year veteran of India’s booming IT industry, the pandemic was one way to align his work with his ideals. As part of his role at a US company, he lived in Singapore and trained field engineers across Southeast Asia. Eventually, however, he began to realize that climbing the corporate ladder was not a core priority for him. What he really wanted was to return to his roots. “Though I had the opportunity to settle in Australia, the UK, or even the US, my mind was always drawn back to my hometown,” he says.

Reddy moved to the south Indian city of Hyderabad. From there, he often commuted 250 miles back to his village on weekends, hoping to farm there and have control over the cultivation of his food supply. Following the onset of the pandemic, he moved back to his hometown. Though he continues to work as a hardware manager, Reddy has ensured that he can devote most of each day to farming. “I did not chase after money in my career,” he says, “so in securing a role in India, I found [a job] that does not occupy much of my time.” After years of searching for a way to return home, he finds, “COVID has given me some temporary solutions.”

For many employers in India, this has been a period of adjustment and adaptation, as more employees like Reddy seek alternatives to the traditional nine-to-five business model. The stakes are high, not just for specific industries, but for the economy as a whole. According to one report, India has reached a so-called tipping point at which it has a chance to fulfill its growth potential—or risk falling into economic stagnation. The report specifically references agriculture, noting: “Over the decade from 2030, India needs to create at least 90 million new nonfarm jobs to absorb the 60 million new workers who will enter the workforce based on current demographics, and an additional 30 million workers who could move from farm work to more productive nonfarm sectors.”

“The biggest challenge right now is the Great Resignation,” says Saurabh Govil, the chief human resources officer of the large IT and consulting company Wipro. However, he also believes that the way companies respond will have long-term ramifications. “The organizations that can manage the challenges of talent in the near future will be the organizations of tomorrow,” he says. It is a view shared by Navnit Singh, Korn Ferry’s chairman and regional director for India, who also believes the stakes are high. “Companies have to respond to this,” he says. “The task is pretty enormous.” 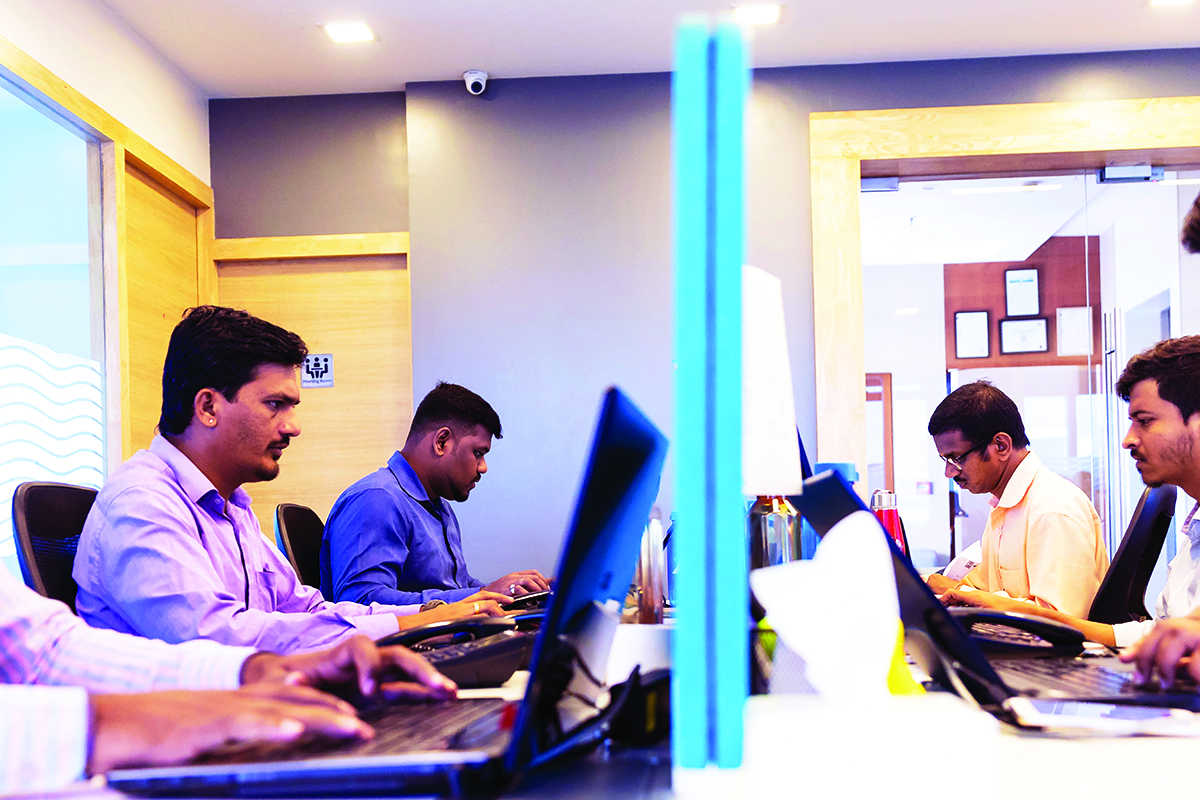 Not surprisingly, many firms have been responding by giving workers flexibility that might not have been possible in decades past, particularly with work-from-home policies. According to Govil, approximately 40,000 of Wipro’s employees lived in the city of Bangalore— often considered India’s Silicon Valley—before the pandemic. Following the onset of COVID-19, approximately 50 percent left the city for their hometowns and did not return. Today, nearly his entire team works remotely. He senses a trend in which people want to be more self-reliant, although his firm has also focused on offering raises and robust health-care packages. It has also started hiring younger workers, often directly from colleges, and investing in their training.

For people like Giri Prasad Reddy (no relation to Guru Prasad Reddy), a senior manager for human resources at an IT firm, the country’s high attrition rates—particularly for urban workers who took up farming—have much to do with the lengthy time that many of these workers unexpectedly spent in their villages. “A lot of IT workers stayed for one or two years in their hometown,” he says. For many of them, this was the first time in years that they had spent more than a month with their families. This extended time, he believes, inspired some to stay behind and continue farming or take up new forms of work in their towns.

To help incentivize employees to remain with the company, Reddy and others say they have increased compensation as a key part of their hiring and retention strategy. According to Reddy, they initially offered 25 percent raises. Now, they’re granting 40 percent to 50 percent pay hikes—sometimes as high as 100 percent. He says that his firm and other small- and medium-size companies had little choice but to jump into pay wars in order to compete with larger firms with the brand pull to attract skilled employees.

And then there are firms that are meeting the migrants where they are—hiring and supporting talented workers in small villages instead of expecting them to move to cities. One large company in the food and facilities-management services industry says it has sought to train local youth rather than depending on migrant workers. But whatever steps they’re taking, managers largely agree that many employees have shifted their mindset. They now place greater emphasis on pursuing personal interests, being closer to family, and undertaking hands-on work like farming. It is a shift that has persisted even as COVID-19 numbers have dropped, suggesting an evolving model for the Indian workforce. 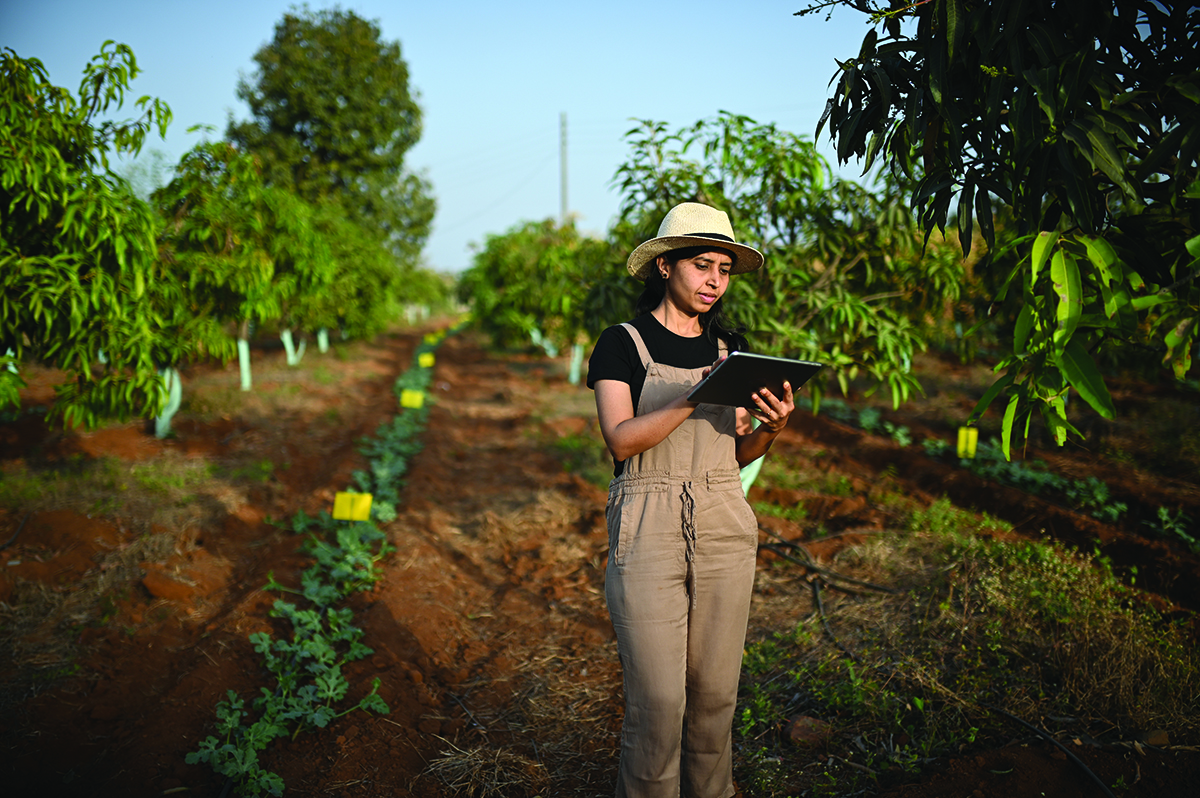 Two years after the first wave of COVID-19, large-scale vaccination efforts and low transmission rates have reopened pathways for workers to return to, and stay in, cities. According to research by the Yale Economic Growth Center, this post-pandemic return to urban areas has helped migrants significantly. Yale’s surveys found that these “remigrants” were able to earn 85 percent of their pre-pandemic income; for those who stayed in their villages, the number was only 18 percent. “For economic and social reasons, migration, on balance, is a very liberating phenomenon in India,” says migration expert and IIM-Ahmedabad economics professor Chinmay Tumbe.

In the end, many firms and economists hope it won’t be just remote work and higher pay that bring people back but rather the social life that a city can offer. That seems to be the case for Janna Poojari, a 28-year-old who has had the opportunity to compare lifestyles. Poojari left a city during a lockdown for temporary lodgings on his parents’ terrace in a village in south India. Since then, he has helped out on his family farm and co-started a restaurant. Still, he longs for bustling Mumbai. “I used to think Mumbai was too stressful,” he says. “But now I think it is too quiet, too clean where I am. I miss my old life, my old friends.”