The humble water cooler has been an enduring part of offices and office culture for more than a century. What happens in the remote-work era?

The delivery truck heads south down Church Street in Lower Manhattan, makes a right, and pulls into the loading dock of an office building on Liberty Street. After making its drop-off, it turns left on Nassau Street and right on Maiden Lane. The truck then heads to Hanover Square and over to the Financial District for a few more stops.

But this isn’t one of Amazon’s ubiquitous trucks weaving its way through the narrow streets of downtown Manhattan. It’s a ReadyRefresh truck delivering water to some of its more than 450,000 commercial customers.

In the world of business, much has changed since the pandemic. Workers have far more flexibility, and their employers are placing greater emphasis on diversity, mental health, and wellness. One thing that hasn’t changed, though, is the humble water cooler. Not the metaphorical water cooler, mind you, or the open-kitchen-type spaces that supply workers with coffee, soda, and snacks, along with water. No—the real thing, which still endures more than 100 years after its invention. “The water cooler is still an important cultural norm of office life,” says Edward Ferguson, chief sustainability officer at BlueTriton Brands, whose brands include Poland Spring, Deer Park, and Arrowhead.

How much longer that will be the case, however, is uncertain. Data shows that only about 40 percent of workers in the top ten US cities have returned to the office. With more people working remotely, the role that water plays in offices and at home is changing. A study by UK water-treatment company Culligan, which owns the Oasis water-cooler brand, found that people drink less water per day, and go through more single-use bottles, when working from home. Other studies show how collaboration and relationship building between employees has suffered as a consequence of the shift to remote work, in part because of the lack of “water-cooler moments.”

"Soon, the water-cooler effect became a subject of academic study and an integral part of corporate culture."

For corporate leaders, these findings raise important questions around the role that water plays in sustainability and employee-health initiatives at a time when both have taken on a new importance. And then there is concern that a lot of employee engagement is lost without this meeting spot, traditionally an oasis for office gossip and, sometimes, important collaboration. Or, as Herbie King, head of digital marketing at Culligan, says, “Water means much more to organizations than just a source of hydration.” 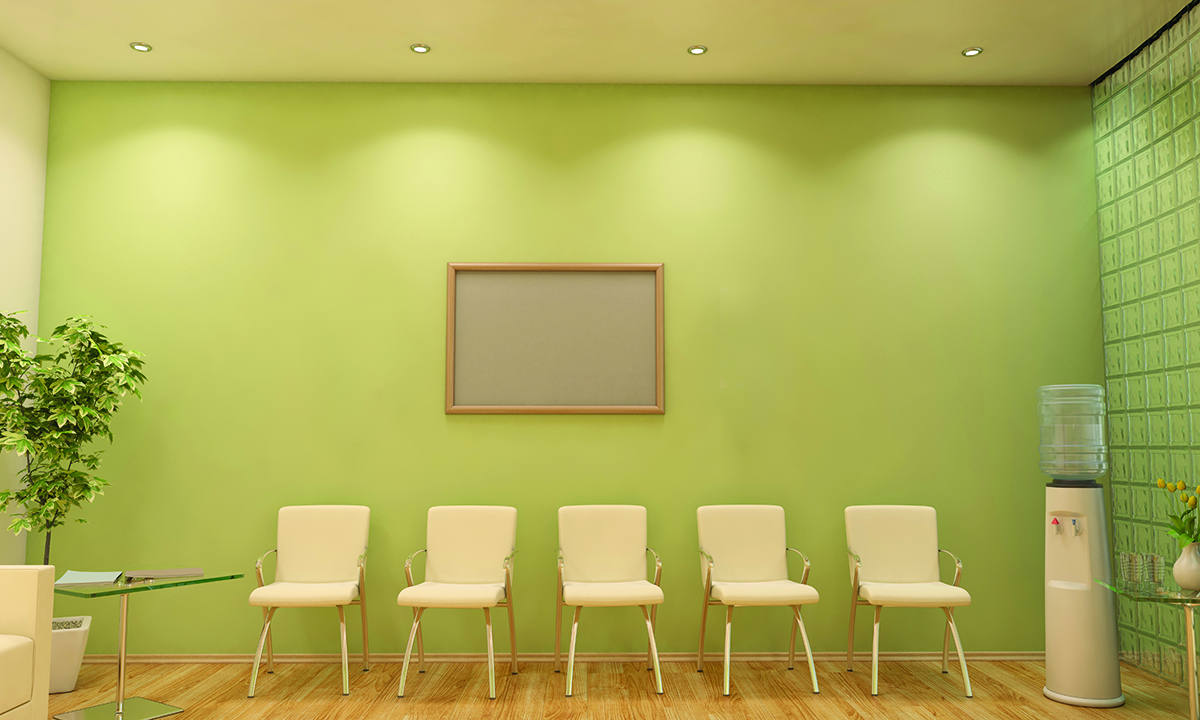 The pursuit of clean drinking water dates to prehistoric times. Techniques for water purification are etched in inscriptions on Egyptian tombs dating back to the fifteenth century BCE, among them boiling water and filtering it through gravel and sand. In the Bible, God tells Moses to throw a tree into water to rid it of its bitter taste.

In fact, the health benefits of clean drinking water led directly to the invention of the water cooler. In 1906, plumber Luther Haws invented the first drinking fountain after noticing children sharing water from the same cup, which he felt increased the chances of contracting typhoid, a major public-health crisis at the time. In 1909, he launched the Haws Sanitary Drinking Faucet company. Two years later, he secured a patent for a device to store water in glass containers filled with large blocks of ice—the first primitive water cooler. In 1938, the mass availability of electricity made cooling and heating water easier, paving the way for the introduction of the base-and-jug water coolers with the blue and red taps that are common today.

Fast-forward to the second half of the century, and water coolers became a symbol of office culture in parallel with the rise of computers and white-collar jobs. The more time people spent around coworkers, the more they wanted to socialize with them. “The beauty of the water cooler is that it brings together people who otherwise wouldn’t have a reason to talk,” says Bradley Brummel, professor of psychology at the University of Tulsa. The so-called water-cooler effect became a subject of academic study, with corporate leaders obsessing over where to situate water coolers to best provoke the random interactions that can lead to collaboration and innovation. “Every office today has a destination where people can gather to see or be seen,” says Rachel Casanova, senior managing director of workplace innovation at commercial real estate services firm Cushman & Wakefield.

But not every home does—and that’s part of the problem. Remote employees increasingly report feeling isolated and depressed because of a lack of social interaction, for instance. It’s not easy to replicate the water-cooler conversation in a Slack channel or on Zoom. After an initial spike during the first few months of the lockdown, productivity among remote workers is down. Leaders are struggling to re-create the corporate cultures that employees want and need in a hybrid or remote environment.

“It was at the water cooler where we all found out that our HR representative was expecting and that one of our chief engineers was going to get married,” laments Carla Diaz, cofounder of the internet and television provider database BroadbandSearch. “Something about meeting someone at the water cooler just demands engagement.”

From that perspective, water coolers could play a role in bringing people back to the office, says Suzanne Devlin, chair of the organizational and leadership psychology department at William James College. After all, workers who have been working at home are not thrilled with returning to commuting these days, and throwbacks such as these offer at least some social setting. “It is a powerful metaphor leaders can use to show employees they care about them and their mental, emotional, and physical well-being,” Devlin says. 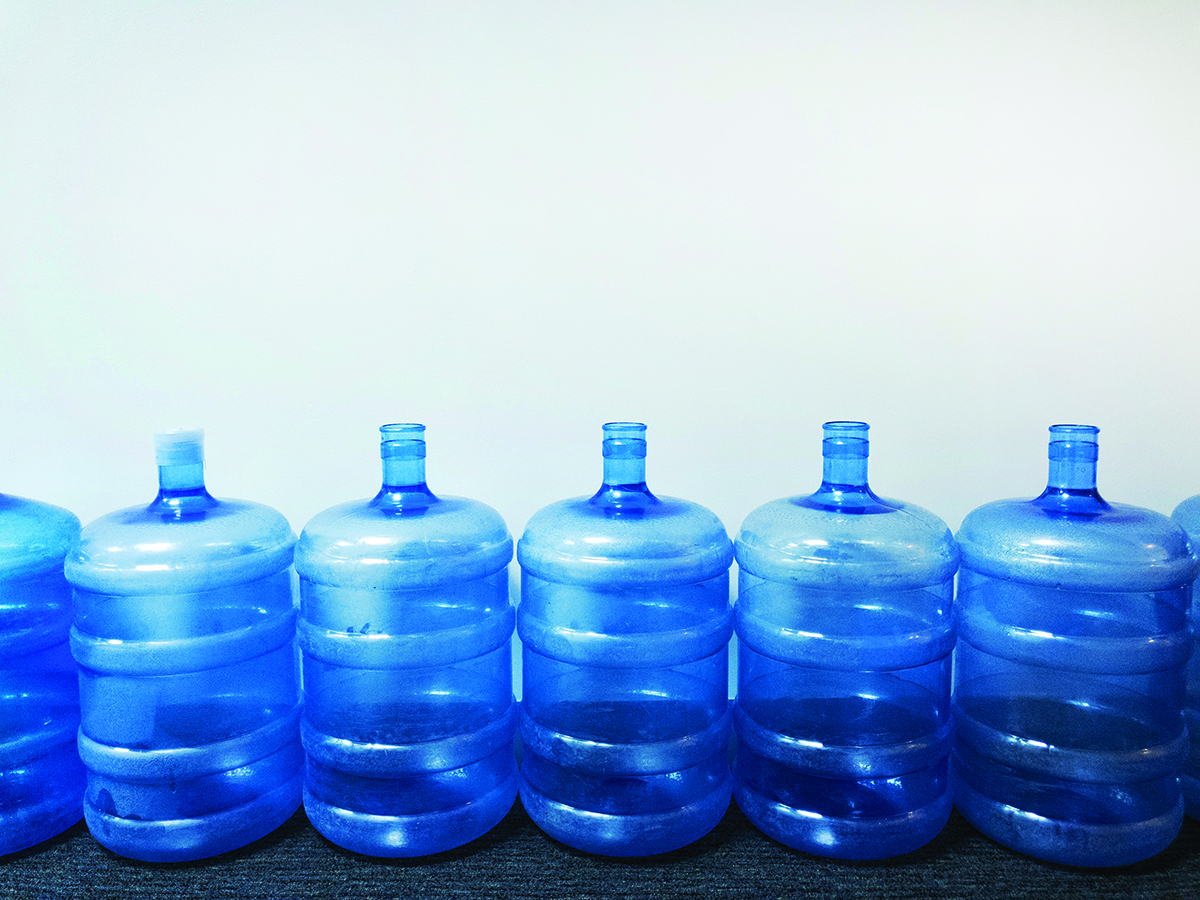 Last year, bottled-water sales reached a milestone, hitting more than 15.7 billion gallons and overtaking carbonated soft drinks as the largest beverage category ever. But home and office delivery haven’t been a part of this boom—those services now account for less than 10 percent of total sales volume in the US. Indeed, Culligan’s King says that in the immediate aftermath of the pandemic, demand for water coolers “fell through the floor.” Almost overnight, his company—which bills itself as the UK’s home for workplace hydration—went from installing thousands of water coolers a day to barely hundreds. Over at Blue­Triton, whose customer base is one-third commercial, corporate purchases decreased as well, though only slightly.

To compensate for the decline, BlueTriton’s Ferguson says the company doubled down on the consumer experience, offering service and lease promotions, changing the frequency of deliveries and pickups, and digging into customer-satisfaction data. At Culligan, King shifted advertising dollars to Amazon and other e-commerce platforms to increase residential sales; the company also started to aggressively market bottle-free and touchless water coolers. Such steps generate a steady revenue stream (bottle-free coolers are rented instead of purchased outright), while also helping to counteract potential fears among consumers, prompted by COVID, that water coolers could be unsanitary and unsafe.

So far, the efforts appear to be working. Commercial orders are up around 5 percent overall at BlueTriton, says Ferguson. At Culligan, new business orders are up 20 percent, with King attributing the growth to the start of the peak summer season in combination with the end of the latest lockdowns in the UK. In fact, data shows that the water-cooler market navigated the pandemic quite well. According to Allied Market Research, the global water-cooler market—including bottle, bottle-free, and top-load coolers—is expected to grow at an annual rate of 3.8 percent between now and 2027, from $836 million in revenue to $992 million.

The fate of water coolers is tied in large measure to the purpose movement—both positively and negatively. On the positive side, even though the plastic packaging for most bottled water is 100 percent recyclable, the massive numbers of single-use bottles in circulation is concerning from a sustainability standpoint for both commercial and residential consumers. Bottle-based water coolers are more sustainable; the five-gallon jugs can be reused upwards of twenty-five times before being decommissioned and recycled. At BlueTriton, for instance, jugs are meticulously checked for quality, washed, and sanitized around fifty times before being recirculated.

On the negative side, while water-cooler jugs are more sustainable than single-use bottles, they are also less environmentally friendly than the bottle-filling hydration stations often seen in gyms and offices. These systems, which allow users to fill up their own reusable bottles, are built right into the plumbing of buildings; some have a digital display showing users how many plastic bottles they’ve kept out of landfills. “These systems are becoming a symbol of sustainability for companies and buildings,” says Cushman & Wakefield’s Casanova.

Many of Cushman & Wakefield’s buildings conform to the WELL Standard, which monitors how factors such as air, water, and light in offices affect health and well-being. To comply with the WELL Standard, all newly installed drinking-water dispensers must be designed for water-bottle refilling. The water must be piped through the building’s water supply or stored in containers designed for refilling. To encourage people to get up from their desks and move around, the standard also calls for at least one water dispenser per floor to be located within a 100-foot walk of all regularly occupied areas.

If water coolers do face an existential crisis, it wouldn’t be the first one. Their demise has been predicted numerous times—for instance, after tech companies started putting ping-pong tables and arcade games in offices, or after snack rooms turned into fully functioning kitchens with coffee bars, beer kegs, and more. But water coolers are still around, and still serving a social and business role—as Aviad Faruzo, the CEO of jewelry maker Faruzo, can attest. He readily admits to participating in water-cooler gossip—and highly recommends it. “I get to know more about my organization in those five minutes than in an hour-long meeting,” he says.