Fast Food...With a Side of Diversity

Over the last year, some of the biggest names in fast food have announced major initiatives aimed at growing franchise ownership among underrepresented groups. But will these efforts work?

The problem: Women and people of color are underrepresented among owners of fast-food franchises.

The solution: Major fast-food brands are providing financial incentives and launching education and other initiatives to increase franchise ownership among underrepresented groups.

Last year, in the middle of the pandemic, Wendy’s sold ten franchised restaurants along the eastern coast of Maine to two veteran investors who had left Wall Street to start their own firm. What made the deal stand out wasn’t the large number of opportunities available—Wendy’s overtook Burger King in 2021 to become the second-largest U.S. fast-food burger chain, opening more than 200 new restaurants globally. Rather, what made the deal notable was that the new Wendy’s franchisees, unlike the affluent white males that predominate among both Wall Street investors and fast-food franchise owners, were diverse.

In the wake of two years of racial and equality tensions around the world, some of the biggest brands in the fast-food restaurant industry—also known as quick-service restaurants, or QSRs—have launched initiatives to increase the number of women and other underrepresented groups in restaurant management and in corporate executive and leadership positions. Now they are taking those initiatives one step further by aiming to increase franchise ownership among underrepresented groups. McDonald’s, for instance, has committed $250 million over the next five years to increase diverse ownership. In February, Wendy’s announced its “Own Your Opportunity” initiative with a similar goal. Yum! Brands, parent company of Taco Bell, KFC, Pizza Hut, and The Habit Burger Grill, has committed $100 million over five years to promote equity, inclusion, education, and entrepreneurship for employees, frontline restaurant teams and communities around the world.

Abigail Pringle, president, international and chief development officer at Wendy’s, says the company’s goal is to better serve and reflect the diversity of its customers and communities, as well as to bring new talent into its franchise system. With plans to increase its restaurant footprint from approximately 7,000 today to between 8,500 and 9,000 by 2025, Pringle says that “increasing franchise ownership among women and underrepresented groups is key to driving growth.”

“Increasing franchise ownership among women and underrepresented groups is key to driving growth.”

Fast-food restaurants easily rank as the largest segment of the franchising industry, generating about $240 billion in economic output in 2020, or nearly 20 percent of the entire sector’s value. More than 36,000 of the 39,000 McDonald’s restaurants worldwide are franchised, for instance. The problem, however, is that the franchisees of these restaurants aren’t very diverse, at least in the US. Asian, Black, and Hispanic owners, for example, account for just 29.6 percent of McDonald’s franchises in the US. Women account for even less.

Sheila O’Grady, a senior client partner and leader of Korn Ferry’s Restaurant Industry practice, says part of the reason for the lack of diversity is that the profile of franchise owners has changed. Gone are the days of owning one or two franchises, she says. Now franchisees own portfolios of dozens or even hundreds of restaurants. “A lot of new franchises go to existing franchisees,” she says, noting that some individual operators are among the biggest restaurant owners in the US.

The fast-food industry’s long and complicated relationship with underrepresented groups is well-known. One of the biggest criticisms of the industry is that while underrepresented groups form the majority of their workers, they are still a minority in management and among owners and executive leadership. At Yum!, for instance, there is a diverse restaurant workforce. At Wendy’s, roughly 70 percent of the general managers of its restaurants are women.

Wanda Williams, head of global franchising at Yum!, says there are three key barriers to franchise ownership for underrepresented groups: lack of education about the franchising industry, lack of access to capital, and lack of access to the right contacts at the brand/corporate level. Underrepresented entrepreneurs may not know how to find new franchise opportunities or participate in the deal process. Even if they do, franchise purchase prices can run into the millions of dollars. “Members of the franchising industry must work together to break down these barriers in order to drive real change,” says Williams.

“Capital is needed to fuel these opportunities.”

All of the programs announced so far include measures to address these barriers. As part of its “Own Your Opportunity” initiative, for instance, Wendy’s lowered its minimum net-worth requirements for prospective new franchise owners to $1 million from $2 million and decreased liquid-asset requirements to $500,000 from $1 million. Prospective franchise owners also face costs related to real estate, supplies, franchise fees, advertising, and more. In total, the initial investment for a new fast-food enterprise ranges from $2 million to $4 million.

That’s why—as O’Grady says—the success of franchise diversity efforts depends on commitments from banks to provide the same access to credit and loans at competitive rates that it provides to the fast-food brands. Consider, for instance, that even though women-owned businesses are growing at twice the national average, they receive just 16 percent of all conventional small business loans annually. “Capital is needed to fuel these opportunities,” she says.

Wendy’s has earmarked $100 million to help fund startup costs for franchisees. It has also partnered with several banks, such as First Women’s Bank, that prioritize credit and loans for diverse candidates. Other measures by Wendy’s to reduce startup costs include creating new and more affordable formats such as drive-through-only restaurants, delivery-only kitchens, and more. For its part, Yum! has created a $100 million “Unlocking Opportunity Initiative” to tackle inequality.

“It’s about providing franchising education, access to capital, and creating connections with the right franchiser contacts and mentors.”

But perhaps the biggest barrier to growing diverse franchise ownership is access to franchising education, specifically how to own and operate a successful independent franchise business, says Williams. A frequent question posed by critics is how a prospective owner can learn more about the franchising industry if they have not grown up in it. “Like any owners, new franchise owners want to be as educated as possible when entering the franchising industry and build a business that will continue to thrive and grow over time,” says Williams.

That’s why Yum! partnered with the University of Louisville in Kentucky last year to launch the Yum! Center for Global Franchise Excellence. The Center is dedicated to educating everyone who has an interest in learning about the franchising industry, especially women and underrepresented people of color who may not consider franchise ownership as a traditional career path. It offers undergraduate and graduate franchising programs and an executive-level Franchise Management Certificate. Williams says the latter program is a great tool for restaurant team members, employees who work for a franchiser, and new entrepreneurs who need to quickly get up to speed before buying a franchise. She says roughly 200 students, including current franchise owners, have gone through the certificate program in the last year. Separately, Yum!, the University of Louisville and Howard University in Washington, D.C., have teamed up to launch the Yum! Franchise Accelerator Fellowship. The fellowship provides 10 diverse MBA students with franchising education, mentorship, and entrepreneurship opportunities.

Williams hopes the fellowship model will help create franchise systems as diverse as the communities that they serve. “It’s about providing franchising education, access to capital, and creating connections with the right franchiser contacts and mentors,” she says.

Done right, these initiatives can expand franchise-ownership opportunities to aspiring entrepreneurs from outside the organization. Ideally, they can also provide a pathway to ownership for frontline employees, the majority of whom are from underrepresented groups. Pringle points to the 70 percent of female general managers in the Wendy’s system and says, “We need to do a better job of reaching into our current restaurant teams to find the next generation of franchise owners.” The same can be said for the QSR industry’s next generation of corporate executives, in which women and people of color are woefully underrepresented relative to their numbers at the restaurant level.

“We need to do a better job of reaching into our current restaurant teams to find the next generation of franchise owners.”

The hope is that these programs can help create a pipeline of diverse restaurant teams that the fast-food companies can reach into to recruit and develop leadership talent at the corporate level. Early signs are positive: since launching their program, Pringle says, Wendy’s has received more than 700 leads from potential new franchise owners.

With only about 26 percent of franchises across industries owned by people of color, the lack of diversity in franchise ownership isn’t just a problem for the fast-food industry. But O’Grady says that the new programs they are launching could, if successful, serve as models for leaders of other industries. 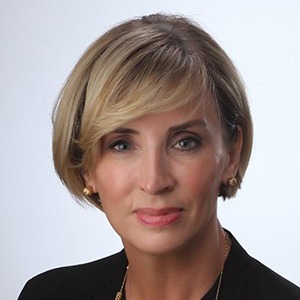