In search of 'cleared' talent 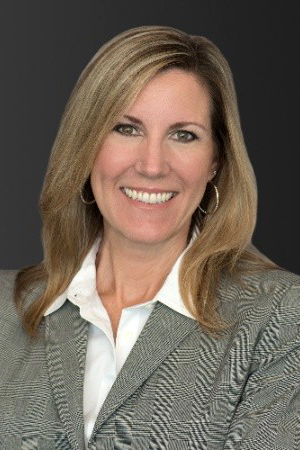 When they’re busy commuting to work, most riders on the Metro in Washington, DC, probably take little notice of the typical ads for the latest dot-com service or opera event. But lately, they’ve been treated to a somewhat unusual campaign that might catch their attention. It’s called “The Life of a Secret Squirrel.”

Dressed in various disguises, the squirrel asks questions such as, “OK, who gave their lunch to a classified level?” It may seem a little hard to follow—but not to those who are familiar with what’s becoming a nagging if not mounting issue in the aerospace and defense industry.

It centers around workers who have “need to know” information necessary to protect national security. Business may be growing strong for aerospace and defense firms, but more and more are scrambling to find enough “cleared” talent to keep up with the expanding requirements. Indeed, the demand for cleared talent is so high—and the competition so pitched—that many firms are hitting the streets with billboards, radio spots, and digital displays in an unprecedented way.

This search is an “immediate crisis” for the industry, according to Jerry McGinn, a former Department of Defense official who now serves as executive director of the Center for Government Contracting at George Mason University in Fairfax, Virginia. “There is more competition for this type of talent than ever before.”

Getting clearance for this talent, where costs can run from $5,000 to more than $10,000 per worker, is a well-documented challenge. The process takes anywhere from fewer than six months to more than 18 months, depending on the security clearance required. As it currently stands, there is an estimated backlog of more than 650,000 prospective employees waiting to be cleared or re-adjudicated.

But the delay in obtaining clearances is only one challenge facing the sector. A combination of factors—such as strong demand in the tech sector for engineering and technical talent, changing workforce demographics, and a company’s ability to articulate a value that appeals to future technical and engineering talent—has made recruiting into aerospace and defense even more challenging.

Plus, Amazon, Google, and other tech firms, which are fighting for government contracts too, are proving to be competitive with defense firms on compensation. Indeed, government contracts require project costs submitted by defense firms to be “reasonable,” which typically means median or less pay for each contract employee. With their bigger balance sheets, the new tech entries can bid at a competitive level and pay their workers significantly more—and eat the difference some defense firms can’t. So why would in-demand cybersecurity, big-data, or robotics talent, to cite a few growing areas of defense focus, take a position for less than the median of what the market will bear?

“Demand for talent in aerospace and defense, particularly in engineering and cybersecurity, is significantly exceeding supply.”

For their part, defense firms say they’re trying to move fast to speed up training and adjust their culture to be more attractive to new workers. Some are offering bonuses to cleared talent to stay on projects longer. “The current system for the way the defense industry hires, trains, and develops cleared talent isn’t efficient,” says Jon Barney, a senior client partner with Korn Ferry’s Aerospace and Defense practice. “If you can’t get the qualified people you need, then you can’t bid on a program.”

Put another way, firms can’t hire the talent until there is a contract, but they cannot staff the contract until the employees are cleared. At the same time, the talent needed for some of the government’s most technical challenges are in high demand elsewhere; they need not accept job offers that are contingent on their ability to obtain a clearance—or starts at an undetermined time in the future.

The average person in the United States checks their smartphone more than 50 times per day. They spend roughly 3.5 hours each day sending texts, watching videos, shopping, and more on their mobile devices. This poses a unique hiring problem for aerospace and defense firms.

“It’s hard to tell younger talent they can’t bring their phones into the workplace,” says Chris McGee, a senior client partner with Korn Ferry in Washington, DC, noting that younger individuals, while dedicated to the mission, are often accustomed to being connected to mobile devices and other personal items that are not allowed inside secured classified work areas.

As a result, in today’s market, with essentially full employment, talent is unwilling to take the risk of either not receiving clearance or taking a contingency job, which drives up the cost and value of those who already have approved clearances or are willing to wait for clearance.

Obtaining security clearance for workers is a lengthy process that is further stymying an already-strained talent pool. Here’s a breakdown of what goes into getting talent cleared and how this protracted approach hurts defense firms.

The government puts up a contract that requires security clearance.

Firms put up already-cleared talent and hire talent for clearance as part of the bid.

The government's review of clearances begins, a process that can take six to 18 months.

Until the talent is cleared, either the employer has to bear the entire cost for the employee, or the employee has to accept a job on a contingent basis where he or she is not employed until the clearance is granted.

“It's easier for them [to acquire] a company with cleared workers than recruiting, hiring, and getting new talent cleared.”

Recruiting younger workers is imperative for the cleared talent pipeline, though. The average age of the labor force at several of the largest US defense companies is around 50, for instance. Moreover, in 2018, the number of federal employees who filed for retirement increased 24% over the prior year to 105,298 people, according to the US Office of Personnel Management. The number of federal employees eligible for retirement is expected to jump from 14% in 2018 to 30% by 2023. Since a large portion of cleared talent in the private sector comes from the public sector—particularly veterans—combating the impending “silver tsunami” by attracting younger workers is critical. But millennials aren’t exactly lining up for jobs that untether them from their devices.

With defense budgets growing worldwide, traditional firms and new competitors are facing off for, and sometimes partnering on, government contracts. Here’s a look at a few companies with major defense or government security business.

Its contract to build F-35 fighter jets for the US Air Force is the largest ever.

Reports suggest its AWS cloud service is poised to win a $10 billion data storage project from the Pentagon.

The data-mining start-up partnered with Raytheon on an $876 million contract to provide software to the US Army.

Won a contract to develop AI for the military, dubbed “Project Maven.” After employee protests, Google said it doesn’t plan to renew the project when it expires next year.

It isn’t as though defense firms can build a bench of cleared talent, either. To get someone into the clearance process, the government must first identify a need for requiring it—i.e., specify what the contract is, the role on that contract, and what level of security clearance is needed—as a condition of awarding the contract. One of the biggest challenges defense firms face is that once a contract comes up for bid, there is a rush to find already-cleared talent that fits the position, which creates bidding wars.

McGinn, as do leaders across the defense industry, expects that Amazon’s arrival in Washington, DC, is only going ramp up the intensity. Amazon is planning to hire 25,000 workers for its new offices just outside the capital, which equates to about one-sixth of the existing private sector workforce for defense contractors and government IT specialists in the area. Through its web services division, AWS, Amazon is bidding on more government projects, particularly those with cloud computing elements; reports suggest it is the frontrunner for a $10 billion data storage project from the Pentagon.

There are significant financial repercussions from the cleared talent crunch, not the least of which is that competition for talent is driving up wages and benefits. Low unemployment, more open positions than people to fill them, and other labor market conditions are further compounding the problem. Patricia Munchel, executive vice president and chief human resources officer at the defense contractor PAE, notes it is not uncommon for firms like hers to offer bonuses to keep cleared workers on staff for up to two years. Privately held PAE employs about 20,000 people in 60 countries and generates roughly $2 billion in annual revenue.

Most retention bonuses or incentives for hiring “come right out of our profit margins,” says Munchel.

Overall, the pool for cleared employees in general is challenging. For starters, only US citizens are eligible for security clearance for government defense contracts. Then there’s the fact that not everyone is interested in working in the industry. Next is the need defense firms have for highly skilled tech and digital talent, which puts them in competition with pretty much every other organization in every other industry. Oh, and let’s not forget that clearance isn’t guaranteed—plenty of eligible candidates fail to be cleared. What’s left is a pretty shallow pool of properly skilled talent who want to and can be cleared.

“Demand for talent in aerospace and defense, particularly in engineering and cybersecurity, is significantly exceeding supply,” says David Berteau, CEO of the Professional Services Council, a trade organization in Arlington, Virginia, that represents 400 companies that do business directly with federal agencies.

Berteau says the decision to move responsibility for clearing talent from the Office of Personnel Management to the Department of Defense will help speed up the process. But defense firms themselves will need to stock up on workers who are eligible for clearance more aggressively. Barney says one dramatic way firms are doing this is by acquiring companies where a majority of the employees already have clearances. “It’s easier for them to move into an adjacent space by acquiring a company with cleared workers than recruiting, hiring, and getting new talent cleared,” he says.

PAE’s Munchel says creating better internal employee mobility and sourcing veterans or college students are recruiting priorities, as the clearance process tends to be shorter with those groups. Other defense firms are doing the same, and Barney says he expects to see more formal institutions like McGinn’s Center for Government Contracting pop up in the coming years. While working from home is not always possible for security-related projects, some traditional defense firms have been offering more options for remote work, such as setting up secure facilities that would allow cleared workers to patch into classified labs and networks.

And, of course, if none of that works, there’s always Secret Squirrel.