Apple & Google Move into the Unknown

One will now develop and stream content, the other will offer video games. How these two tech giants will flex agility muscles to move into new territory. 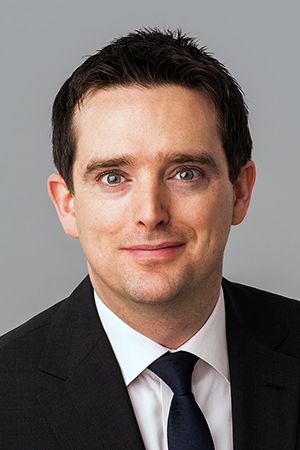 Google is known for online searches and the Android operating system, not video games. Apple is known for iPhones and computers, not television shows or magazines.

But in the last few days, both tech giants have dived headfirst into areas that are, if not completely unknown to them, certainly radically different from the businesses that made them two of the most highly valued organizations on the planet. Google is launching a video game streaming service, while Apple wants to shift its focus away from physical devices toward streaming and developing content and adding subscription-based services.

Experts say leaders and employees at both firms will need a heavy dose of learning agility, the ability to embrace and adapt to new situations. “To successfully enter these new markets, the tech giants recognize the need for new types of leaders, culture, and talent,” says Paul Dinan, a Korn Ferry senior client partner and technology market leader.

Both firms see their respective forays as ways to attract and retain customers. For Apple, expanding its services, such as offering a virtual newsstand of well-known magazines and streaming popular television networks, may compensate for the slowing growth of its traditional device business. Google’s video game service, called Stadia, may connect it to gamers who now play mostly with game consoles made by other companies.

The service business is considerably different than the product business in every industry, of course. Leaders at both Apple and Google have deep expertise in the areas they oversee, whether it’s artificial intelligence or some other specialty area. But service-oriented leaders are, to use Graves’ phrase, “many multi,” meaning they have to go across multiple sales channels and multiple tech platforms, and reach multiple generations and multiple cultures.

Yes, Apple does have experience with subscription services, and Google knows how to stream content via YouTube. But their ideas aren’t exactly “new.” Plenty of other firms offer online apps and subscriptions, and a few others already allow gamers to stream without game consoles or pricey PCs. “What will be new about their approach?” says Jamen Graves, a senior partner with Korn Ferry who specializes in technology, entertainment, and retail. “You can’t run a service business the same way you run the iPhone business.”

That’s why learning agility will play a major factor in the success of both tech firms’ changes. Learning agility, sometimes described as “knowing what to do when you don’t know what to do,” requires an open and receptive mindset. According to Korn Ferry, leaders and employees who have high degrees of learning agility often excel at being able to study, analyze, and understand new situations and business problems.

At the same time, the firms’ leaders will to be able to manage and influence beyond traditional organizational boundaries, Dinan says. They’ll need to inspire both current and future employees in hypercompetitive markets. Those employees will be the source of growth and innovation, he says.