The latest developments raise some truly difficult scenarios. Can ‘authentic’ leadership save the day? 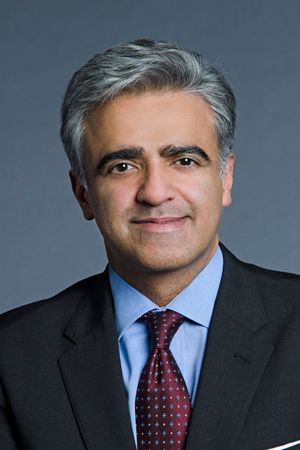 It was months in the making, and still the deal that Prime Minister Theresa May forged with the European Union didn’t pass enough muster within her own cabinet. And so, the talk of a no-Brexit deal scenario continues to rumble through the global markets.

Several cabinet members have  resigned, and May’s Conservative Party is threatening to remove her following the “deal” she managed to make with European leaders for the United Kingdom’s impending departure from the EU. Analysts keep worrying: could the world’s fifth-largest economy end up crashing out of the EU next spring, rootless?

In short, May faces an existential leadership crisis, which raises a range of questions any leader would face in such times, from how to the turn the tide to rebuilding loyalties from stakeholders. “First build trust through authenticity,” says Kirsta Anderson, a senior client partner at Korn Ferry and the global solution leader for culture transformation at the firm’s London office. Doing so often means installing a personal touch—such as recalling past history—to prove you are serious. “You might need to show some vulnerability,” says Anderson.

Active listening can help, says Mary Macleod, a senior client partner in Korn Ferry’s Board practice in London and a former Conservative member of the British Parliament. “Listen to everyone and make them feel they are involved and that their view matters,” she says. Sometimes the people talking will have needs that cannot be wholly met by the leader. That seems to have been the case within Prime Minister May’s cabinet, leading some ministers to quit. However, most did not resign.

Sometimes you have to take the knocks, says Macleod. “You need resilience, and you need stamina.” In the case of May, both characteristics have been present in spades lately. She is said to have sat through a five-hour-long cabinet meeting to discuss the proposed Brexit deal. That involved her actively listening to the concerns of every minister present.

To further complicate matters, if leaders are to maintain the loyalty of their followers, it’s vital to communicate the inherent compromises that are made in any negotiation. The late New York State governor Mario Cuomo is said to have quipped: “You campaign in poetry but govern in prose.” Eventually, harsh practicalities take center stage in politics. The same is true for business.

“The reality of government is that we need to step from beautiful poetry to the reality of prose,” says Arvinder Dhesi, senior client partner at Korn Ferry’s London office. The problem is sometimes purists still want to operate in the poetic realm. That’s what’s happening in Britain’s government, and it sometimes happens in business. At that point, you might need remind people of the quip, “You can have anything you want, just not everything.”