Globalization is creating new rules for good leadership; according to a new Korn Ferry white paper. 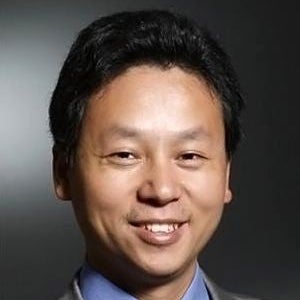 It’s a belief that’s been taken for granted by organizations worldwide for years: A successful leader in one part of the world has to make radical changes in his or her behavior and techniques to be successful in another.

But as it turns out, executives may not need much of a makeover when moving into another national culture, according to new research from the Korn Ferry Institute. The hallmarks of good leadership—including a drive for results, career ambition, and the ability to motivate—are now shared by cultures in Asia, Europe, and nearly everywhere else. Indeed, around the world, work cultures prioritize performance above any other competency. “The day-to-day management challenges, business problems, and goals are very nearly universal,” says Guangrong Dai, the institute’s senior director of research.

Dai, along with King Yii Tang, senior manager of analytics and research, wrote the study, “The leadership competencies valued across cultures: getting things done.” Dai and Tang recognized that a nation’s culture will influence what that culture expects of its leaders. For instance, a “masculine” culture may prefer leaders who are competitive and assertive. On the other hand, a “feminine” culture may prefer leaders who are modest and consensus-building. But after reviewing survey results from more than 11,000 employees worldwide, it turns out that both masculine and feminine cultures rank “achievement” and “empathy” as the most important aspects of leadership.

Another example compared cultures that are “individualistic”—where a culture places priority on caring for yourself or your immediate family—versus “collectivist,” where larger groups look out for one another. Both cultures ranked interpersonal skills, such as developing good peer relationships and building effective teams over individual skills such as the ability to personally manage conflict.

Dai says it’s not surprising that one business culture is taking root worldwide. Consultants and business schools from developed nations have expanded their offerings into emerging countries. At the same time, managers from those emerging nations are increasingly attending programs in the United States and western Europe. Business schools are standardizing and formalizing management training into fewer, more distinct models, Dai says. Organizations worldwide are adopting a single corporate culture that emphasizes a core set of work values and beliefs.

There’s still no one-size-fits-all leadership style that can be exported across all regions and cultures, either through training or the assignment of executives, Dai says. But the study shows how it’s crucial to develop leaders who have the core, universal competencies expected in any culture, regardless of where those executives come from and where they are assigned. “Training programs can be tweaked to be effective in the local culture,” Dai says. “But no culture on the planet values or celebrates the leaders of any organization that consistently produces shoddy products or regularly loses money.”