Delta’s company-wide bonus: A trend for others?

The top-ranked airline dished out $1.6 billion in bonuses to employees, equivalent to two months’ salary for each. 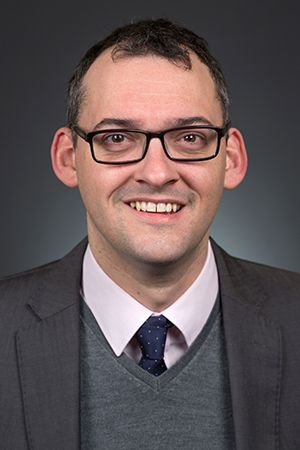 It’s one thing for top management to thank employees for a strong year in an individual performance review or bonus. It’s another when the company lays out serious cash across the board to all workers.

Following another top year in nearly every performance category and profits, Delta Airlines expanded its company-wide bonus payouts to the equivalent of two months’ pay, or what amounts to more than 16% of the average Delta worker’s annual salary. It all adds up to about a $1.6 billion thank you that has at least some compensation pros pondering reward strategies that have virtually ignored the approach.

To be sure, after years of tiny raises, companies are noticeably boosting average salaries. But turning to more direct and eye-opening across-the-board bonuses can be both an appealing approach for raising employee engagement and give the company financial flexibility. “I do think this is part of a wider trend for companies, to want to be as flexible as possible on their reward spend,” says Benjamin Frost, a solutions architect in Korn Ferry’s product business.

Certainly, Delta had a banner year in 2019. It ranked first among airlines for on-time arrivals and had the least number of cancelled flights and involuntary bumping of passengers. Those results helped Delta notch its third year in a row as the top-ranked airline overall in the Wall Street Journal’s analysis of airline performance. Hence, the reward for its staff. “Delta’s always had a service ethos,” says Michael Bell, a senior client partner with Korn Ferry’s Civil Aviation practice. “It’s endemic to their culture.”

In Delta’s case, aligning employee satisfaction with customer service has proven critical—and profitable. The airline posted the best financial year in its history, with pre-tax income of more than $6 billion. Radhika Papandreou, a Korn Ferry senior client partner and leader of the firm’s North American Travel, Hospitality, and Leisure practice, says Delta’s financial performance shows how driving employee satisfaction and retention creates shareholder value. “Delta is investing in this theory publicly and boldly” with its $1.6 billion bonus payout, says Papandreou. The bonus marks the sixth year in a row Delta’s employees have received a payout of at least $1 billion in total.

How widespread other firms’ bonus plans will change is anyone’s guess for now. But other airlines have taken differing approaches to drive shareholder value through employee rewards in the past. Southwest Airlines employees, for instance, were shareholders of the company at the outset, and through profit growth and stock value appreciation have seen tremendous personal wealth creation.

“Doing this as a bonus obviously allows companies to make it a one-off, and only repeat it if they can afford to do so,” says Frost. “This is particularly important in an industry like airlines, where profits can be, well, up and down.”