Google’s plan to buy Fitbit for a cool $2.1 billion is expected to heat up a fitness-tracking war that may ultimately reshape healthcare for some. 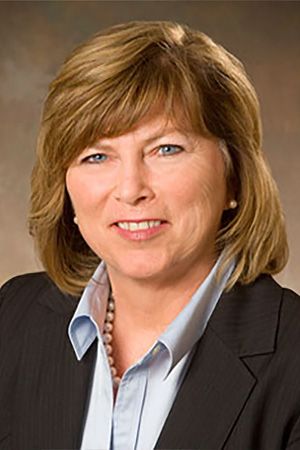 It's become almost as big as the fitness movement itself--the devices that track all the exercises we do. And such explosive growth has attracted a host of tech firms to enter the wearable tech space--none bigger than Apple with its dominant Apple Watch.

But Apple’s smartwatch throne may soon be challenged. Hoping to charge ahead in the field, Alphabet, Google’s parent firm, recently announced that it will purchase Fitbit, the third-largest wearable fitness tech company, for $2.1 billion.

The acquisition could create a rare struggle among giants at the height of the country’s fitness craze. With the move, Google can combine Fitbit’s hardware with its own advanced technology to evolve the current wearable tech experience in a host of new ways. And that, experts add, is what tech and healthcare leaders need to keep in mind if they want to penetrate the fitness-tracking market. “Companies have to have something that is unique and different,” says Kae Robertson, a Korn Ferry senior client partner. “In order to get noticed, you can’t be a single shingle.”

In other words, wearable tech needs to do more than log steps or track calorie burn. If companies want to capture the market, Robertson says, they need to make specialized features—like heart monitoring and sleep-pattern tracking—standard in their devices. “It has to have broader connection to the goals the consumer has,” she says.

Certainly, the market is there. Wearable tech sales are expected to increase exponentially in the next decade, meaning that competition will only stiffen. According to a recent data analysis, the industry will grow to $54 billion by 2023—more than double what it is worth today.

Beyond the fitness tech world, experts say, Alphabet’s acquisition of Fitbit may also have a significant impact on the healthcare industry and how health companies deliver care. “While Fitbit may be mostly about fitness today,” says Paul Dinan, a senior client partner and advisory leader for Korn Ferry’s Global Technology Market practice, “it’s easy to imagine a situation in the not-too-distant future where it becomes a core part of a personalized healthcare ecosystem, curated by Google and deployed on Google Cloud.”

To be sure, the tech giant is already making moves in the healthcare space. In September, for example, the Mayo Clinic and Google Cloud announced a decade-long strategic partnership to use digital technology to boost health outcomes. Google also has a newly created division that aims to streamline medical-record and health-related searches both for doctors and consumers, according to recent accounts. “It’s all coming down to innovation and making it simple,” says Stacey Eggleston, a Korn Ferry senior client partner.