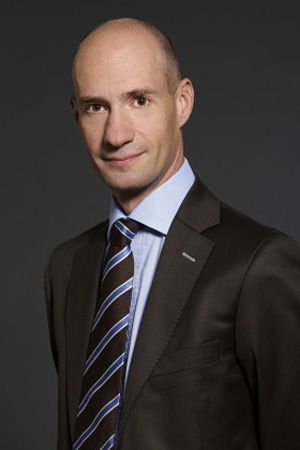 He's got the majority now. But new French President Emmanuel Macron will be facing quite an unusual leadership challenge as his tries to solidify his "Republic on the Move" campaign. He must lead a band of newbies.

This weekend, allies of the movement won election to roughly 360 seats in Parliament, giving them a majority over the country’s old political class. But it turns out, the majority of those newly elected will arrive with little to no political experience as they walk a delicate tightrope between enacting their pro-business agenda and working to unite a divided electorate. A parallel can be drawn between Macron’s election and the corporate trend of hiring outsiders to inject fresh ideas into businesses to create jobs and spur growth.

“In politics and in business, people are now more open to those coming from outside environments,” says Francois Godin, Korn Ferry Futurestep’s executive director Industrial, in France. “The focus is more on skills and learning agility than experience. Lack of experience is almost considered an asset.”

To be sure, effectively leading in an environment where previous experience is lacking is rife with challenges. To begin with, incoming leaders have to familiarize themselves with an entirely new environment in which those remaining may be frustrated and not fully accepting of their appointment. The latter point presents another challenge—retaining valued talent who may be traumatized by seeing someone without any experience take a leadership role that they perhaps wanted. Moreover, convincing an outsider to go out of one’s comfort zone to take a new role is no easy task, and constant reinforcement that one’s skills sync with the job requirements and that taking the risk will be beneficial to one’s career is required.

That’s why, according to Godin, the integration and onboarding process for new leaders or strategies is critical. Corporate boards, at times more fickle than voters, must be very clear from the beginning to define the gap between the knowledge new leaders need for the role and the time they have and the process by which they will learn it. It is also important to determine the criteria to assess performance—the goals for an outsider need to be established and evaluated differently than they would for someone entrenched in the field.

For the newly appointed leader, the ability to get buy-in on a shared vision is key to driving a diverse group to engage and innovate around new ideas, says Frederic L’Hereec, senior partner heading up the consumer and retail sector for Korn Ferry Hay Group in France. He or she must strike a balance between the capabilities he or shee brings to the table and how things work in the industry he or she is joining.

According to Phillippe Declety, client partner and member of Korn Ferry’s Global Technology Market practice in France, relationship building between outsider hires and the remaining workforce typically goes through a four-step process. The first step is the formation of a collaborative relationship, sort of like a honeymoon where both sides are learning how to work with each other and being careful to avoid friction.

After the boundaries are established, both sides enter into a conflict step, where they start building trust and begin challenging each other. From there, a structuring phase occurs in which new leaders identify individuals with diverse skills and points of view with whom to collaborate on complex issues and decisions to drive the business forward. Finally, if all goes according to plan, the board, employees, shareholders, and other stakeholders will begin to create a collective intelligence and see a return on their investment, which is the final phase of the process.

Whether it is Macron or a new CEO, outside leaders also need to define a clear purpose that inspires people to not only follow them but also trust them. They are being elected or hired to provide visionary leadership, so they must embody the new expectations and be role models for change in a way that is meaningful for everyone.

“To be very efficient, new leaders have to create a collective intelligence that merges their talents with those of others to create conditions that make people happy and generate momentum to carry out the vision,” says L’Hereec.

And they must do it quickly: A new election or board meeting is always on the horizon.