From Tech Salesperson to Tech CEO

Technology firm bosses with sales backgrounds are a rarity. A new Korn Ferry report suggests why that should change. 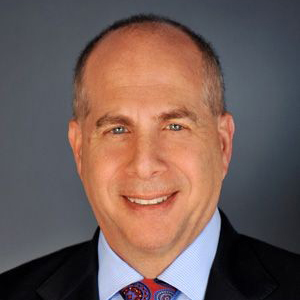 They may not be able to code a killer app or build the next great smartphone, but it turns out sales executives have a skill that may be the key to sustained business success.

A new Korn Ferry report indicates that the tech world isn’t using those advantages. Despite having excellent powers of persuasion, the ability to respond to customer needs, and develop a go-to market strategy, sales executives rarely become technology firm CEOs. Only 8 percent of the CEOs nation’s 100 largest tech firms have primary backgrounds in sales, and less than 30 percent of them have any sales experience at all.

“Companies are missing an important pool of top talent to consider for the CEO role,” says Rick Sklarin, senior client partner in Korn Ferry’s Global Technology practice and author of the report, “From sales executive to CEO: lessons on the journey.” (Download the full report below). The report interviews 15 technology CEOs who had extensive sales experience before assuming the top spot, including Bill McDermott, CEO of SAP, who said that many of the skills he finds most important in a CEO he honed during his years as a sales leader. “I had acted like a CEO all my life,” he said in the report.

It’s not uncommon for most technology firm CEOs to have product or engineering backgrounds, of course. In the beginning, the fate of a tech firm often hinges on the strength of its product alone. But as the business grows, other disciplines, like finance, marketing, and, yes, sales, become increasingly important. Yet if a tech firm boss isn’t a product expert or engineer, he or she is usually someone whose primary background is in general management or finance. Among the nation’s 10 largest publicly-traded tech companies, which collectively sell more than $850 billion worth of gadgets, software and services, each year, only Cisco Systems is led by someone with a sales background.

But compared to technology firm CEOs, technology firm sales executives tend to be stronger communicators and collaborators more adept at building relationships. That makes sense, considering that succeeding as a salesperson relies on the ability to connect with others, but that is a skill that can translate to the C-suite. “Metrics lead you to your destination, but your people are the journey,” Keith Nealon, CEO of Vyze, a retail consumer lending marketplace, said in the report.

Among smaller tech firms, the technology sales executives who have become CEOs share several common traits. Most worked at large organizations that have best-in-class opportunities to develop leadership skills. At the same time, nearly all of them said that they built a support network of people whom they could ask questions and seek guidance from. “Tech industry sales executives turned CEOs have the network to surround themselves with top talent,” Sklarin says.

Choosing a CEO with a sales background poses its own unique challenges. Tom Carson had many experiences as leader of worldwide sales and marketing for entertainment tech firm TiVo, but he had never been involved with investor meetings or earnings calls until he became the company’s CEO. “The onboarding process and transition was an indoctrination by fire,” he said in the report. The report recommends that organizations might need to share different experiences and help CEOs get to know the needs of a wider group of stakeholders.