With pressure mounting on the industry, the carrier announces a strong environmentally friendly plan. Is it sustainable? 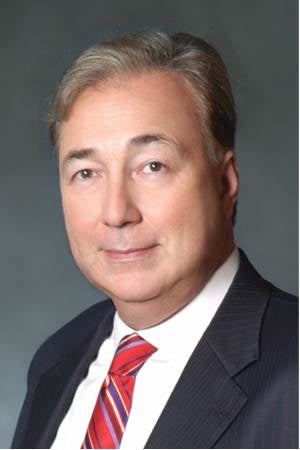 For JetBlue, when it comes to going carbon neutral, it’s go big or go home.

While other airlines have taken steps to become more fuel efficient or have implemented targets to reduce carbon emissions, JetBlue this week became the first major U.S. airline—and the second airline globally, behind Europe’s EasyJet—to announce plans to be carbon neutral on domestic flights, by July. The move is certain to ramp up the pressure on other airlines to follow suit, says Radhika Papandreou, a Korn Ferry senior client partner and leader of the firm's North American Travel, Hospitality, and Leisure practice.

For airline leaders, though, the challenge comes in balancing the beneficial social impacts of going carbon neutral with the actual financial costs. “You will never make air travel 100 percent sustainable, but like JetBlue, we need to keep thinking of how to make it more sustainable,” says Papandreou.

That means thinking about how to make aviation more sustainable while also not drastically affecting the bottom line. No small feat, considering that a round-trip flight between New York and Los Angeles generates about one metric ton (2,204 lbs.) of carbon dioxide per person. JetBlue, which did not disclose how much its carbon-neutral plan will cost, makes two daily round-trip flights from N.Y. to L.A—among its 925 flights daily in the U.S., the Caribbean, and Latin America that together produce about eight million metric tons of carbon dioxide each year.

Airlines, of course, aren’t the only industry under pressure to reduce their carbon footprint. Companies from John Deere and Ford to Walmart and Unilever have enacted measures to significantly reduce their carbon footprint in reaction to pressure from consumers, shareholders, and environmental activists. But part of the reason airlines are in the spotlight is because transportation is responsible for 29% of all greenhouse-gas emissions—the most of any sector—and aviation accounts for the majority of the industry’s total, according to the Environmental Protection Agency.

“Aviation is responding to the social perceptions and concerns of their consumers and the world around them,” says Casey Kelly, a Korn Ferry senior client partner and coleader of the firm’s Civil Aviation practice. He points to efforts beyond reducing carbon emissions such as recycling uniforms, using renewable energy sources, and investing in eco-friendly startups and programs. For its part, JetBlue’s plan calls for developing solar and wind farms to generate power, converting methane into renewable energy, and investing in forest protection programs.

Still, Papandreou says consumers still make flight decisions based on price and convenience. JetBlue says that while it now considers going carbon neutral a regular cost of doing business, airfares will not increase as a result of the move. That’s the balance other airlines need to figure out before they can make a similar move.“ Aviation touches the consumer intimately, and it should reflect their concerns and aspire to be a leader in sustainability,” says Papandreou.