The resignation of Arsenal FC manager Arsene Wenger after 22 years underscores the pressure legacy CEOs are under in every industry. 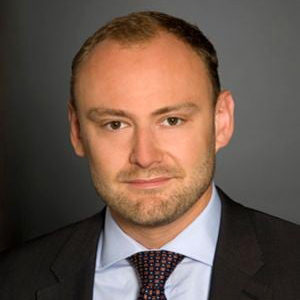 Heightened consumer expectations. Increased stakeholder oversight. New competitors armed with data to better target digital products and services, and the cash reserves to attract top talent. These concerns and others are leading to an exodus of … coaches?

The trend of the end of the legacy CEO—think General Electric, Goldman Sachs, and Dow Chemical, all of which had unusually long-tenured leaders who have either stepped down or announced the intention to step down in the last year—is spilling over into sports. Over the weekend, Arsene Wenger announced his resignation as manager of the English Premier League’s Arsenal after 22 years. (Wenger will coach the clubs remaining games this season, including its big Europa League semifinal clash this week.) Similarly, in the United States, Tom Coughlin, who coached the New York Giants football team for 12 years, and Joe Girardi, who coached the New York Yankees baseball team for nine seasons, both vacated their positions in the past few years. “When Wenger joined Arsenal, he brought ideas and innovations that revolutionized the club and helped drive a transformation in the game that played out over a decade,” says John Atherton, a senior client partner with Korn Ferry in London. “As the game moved on, though, he lacked the agility to move with it and was rapidly overtaken and ultimately left behind.”

It isn’t difficult to see how the changing competitive landscape in sports parallels that of the corporate world. The immediate gratification and results demanded by sports fans is matched only by that of shareholders. That’s part of the reason why the tenure of leaders in both sports and business has been shrinking in recent years. The average CEO tenure is about eight years; the average tenure for coaches is even worse, coming in at less than four years across the four major US sports. “There are so many factors to being a successful organization—among them wellness, analytics, player development—that it is imperative to have a coach who understands the importance of the entire system,” says Jed Hughes, vice chairman and global sector leader for Korn Ferry’s Sports practice. “There is a trend in modern sports for organizations to go with coaches who are willing to listen to the system rather than drive it.”

What makes the departure of Wenger and others interesting is that, much like the superhero CEO, it signals an end to the superhero coach. The traits needed to be a successful coach today have evolved considerably from when Wegner assumed the helm of Arsenal in 1996. Put another way, what made for a great visionary and innovator in past eras won’t suffice for the new era. Or, as Arsenal CEO Ivan Gazidis said, “You don’t find a replacement for Arsene Wenger; you find a new path forward.”

For organizations, sports clubs, and their boards of directors, however, replacing a legacy leader is not without its complications. In the case of Wenger, or New England Patriots coach Bill Belichick (or any other organization closely identified with the persona of its leader, such as Facebook or Amazon), there is a risk inherent in moving on. Timing is, of course, everything, and it is the job of the general manager or board to know when to make a change.

“Wenger in many ways was the club,” says Atherton. “Its values, the systems he designed and implemented, and his control of the club made him appear irreplaceable. There are clear parallels with business to be drawn here, and the risk of overdependence on a leader who comes to define that business, and the fear of then moving on, perhaps when what is needed is exactly that.”