The pressure to wrap up NAFTA talks reminds leaders of how bargaining strategies change as the clock winds down. 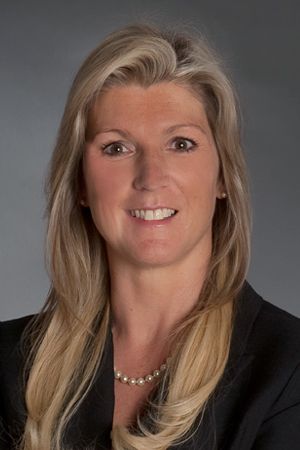 The scramble was on. Negotiators from the United States, Canada, and Mexico had until this weekend, when the “Summit of the Americas” began in Peru, to hammer out a revised North American Free Trade Agreement (NAFTA). If the deadline were to pass, no one in these countries would have much idea of what would happen next.

Mexico’s economic minister threw negotiators a lifeline this week, saying they now have until May to finalize a deal. But the assurance likely did little to calm the nerves of anxious business leaders across North America. If anything, experts say the fact that NAFTA negotiators are entering their eighth round of talks and still don’t agree on the structure of a deal is cause for even more alarm. “Trade deals often take years to come together, and they are trying to jam one through in months, so there is a lot of pressure on all three countries just by the very nature of the timeline,” says David Gibbons, a managing principal with Korn Ferry in Canada.

Pushing the deadline back a few weeks is not likely to relieve much pressure. After all, Mexico has a presidential election this summer, while the United States, mired in a separate trade spat with China, has its own mid-term elections looming in November.

Like any bargaining under time pressure, reaching a new deal requires negotiators on all sides to pull off the tricky feat of compromising in a way that makes it appear as if they are giving up less than others. “In every negotiation there is one issue for each side that they cannot walk away without achieving, and the most important thing is to find out what it is for the counterpart and then negotiate around that,” says Patricia Helbig, Korn Ferry’s managing director for Mexico and Central America. “In the case of NAFTA, what does each country need to come away with so that it looks like a win-win-win has been achieved?”

Experts say that none of the three nations wants to walk away from the treaty, but the situation is volatile enough to compel business leaders to consider that outcome a very real possibility. The stakes are extraordinarily high. Canada, for instance, is the largest importer of US goods, and Mexico exports 75% of the vehicles it produces, mostly to the US. Gibbons says his clients are putting together war rooms and looking at what their strategies would be if trade barriers suddenly went up.

For business leaders, the only outcome worse than one of the countries walking away from the pact is that the pressure to get a new deal done prompts one of them to agree under duress. “If a deal gets signed just to get signed and in a year from now it doesn’t feel right, what’s to stop any of the countries from reopening discussions again?” Gibbons asks rhetorically. After all, that’s pretty much how renegotiations began this time around.