Next Up: Mandatory Booster Shots?

The issue of COVID vaccine boosters will be landing on corporate desks in the coming weeks. 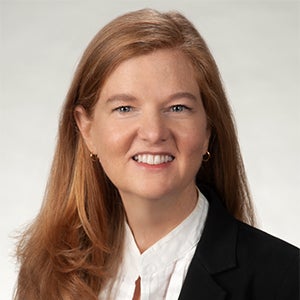 The firm had made the hard call, deciding that ultimately it would require workers to be vaccinated against COVID-19 as a condition of employment. Then the CEO noticed an email that had popped into her inbox: “Are we requiring employees who are eligible for booster shots to get them?”

While most companies are still debating the intense issue of mandatory vaccine shots, a new question-cum-headache is emerging: Should booster shots be encouraged or mandated for employees and customers? The United States government reportedly will roll out booster shots to the general population in two weeks, and more than 1.3 million Americans have already received them. Still, the US Food and Drug Administration says it hasn’t yet received full data on them, stirring debate both in and outside the private sector.

Though this seems like a health and safety matter, experts say in practice it’s actually a retention matter. “Employers are well within their rights to mandate it,” says Marc Hallee, leader of the Korn Ferry’s Healthcare Total Rewards practice. “But they are going to alienate some employees and run the risk they’ll go elsewhere work. In this labor market, can you afford to take that position?”

The booster decision comes on the heels of what is already one of the toughest calls business leaders will need to make this year—whether to require vaccines, not only among employees but also their customer base, depending on the industry. In a recent survey of 1,000 US companies, more than half said they plan to impose COVID-19 vaccine mandates in the workplace by year’s end, with nearly a quarter considering vaccination as a condition for employment.

To minimize losing staff, Hallee suggests that rather than broad policies, boosters can be considered role by role, person by person. For example, it might not be critical to mandate boosters for the remote sales team, but it’d be essential for people who work in close proximity in an office. “I don’t think it’s going to be a blanket answer,” he says.

For those who do need boosters, Hallee and other Korn Ferry experts suggest incentives over mandates. “Companies in travel, entertainment, and leisure are really leading with the carrot,” says Radhika Papandreou, who specializes in those industries at Korn Ferry. “They’re giving people cash or other incentives, and giving people time off to get vaccinated.” Some organizations, she says, provide the shots on campus, which can be a way to access people in immigration limbo who might avoid seeking out a medical appointment. Customer vaccinations and boosters are less discussed. “It’s been an industry under tremendous stress. To not allow people in if they are not vaccinated—that’s a tough ask,” Papandreou says.

Incentivizing rather than mandating boosters will also help avoid some obvious divisiveness. “There is certainly a component of the population that does not want to be told that they have to get this vaccine, especially when they feel the booster has not been tested as well as the other vaccines,” says Hallee. “So they’ll feel like their employer is mandating something that could be unsafe.” Organizations can also approach boosters as part of internal preventative healthcare, which firms need to be encouraging, says Joy Plemmons, Korn Ferry’s global account leader in the healthcare sector. “There’s a health crisis for women coming because they’re not getting those mammograms and annual checkups,” she says. “The fallout of that could be pretty large.” For firms, this means sick employees and higher expenses, she says.

However firms decide to approach boosters, it needs to be in line with prior vaccine policies, says Ron Porter, a senior client partner in Korn Ferry’s Global Human Resources Center of Expertise. After all, boosters are simply maintaining the initial vaccine. “Be consistent with what you did with the initial vaccines,” he says.