A Korn Ferry expert spotlights the area where Hollywood is rewarding a diverse group of filmmakers with its highest award. 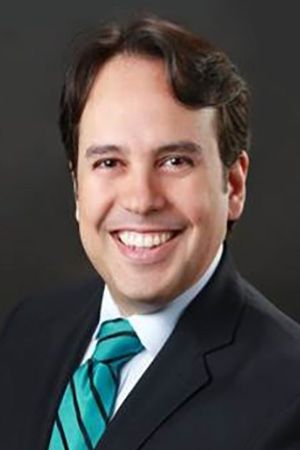 Gustavo Gisbert is a principal specializing in diversity and inclusion in Korn Ferry’s Chicago Office.

It’s become a recurring plot point each time the Oscars roll around. Whenever the Academy of Motion Picture Arts and Sciences (the group that awards the gold statues) doesn’t nominate an African-American or female director for a prestigious Best Director award, the group gets criticized for ignoring the talents of anyone behind the camera who isn’t a white man.

But while the critics have a point, they may have missed a recent plot twist, Mexican filmmakers have dominated the Best Director award this decade.

On Sunday Alfonso Cuarón won the Best Director award for Roma, a film told from the perspective of an indigenous domestic worker (the film itself was nominated for Best Picture). With Cuarón's win, it means that a Mexican has won the Best Director award for five out of the last six years. Guillermo del Toro won in 2018 for The Shape of Water, Alejandro González Iñárritu won in 2016 for The Revenant and in 2015 for Birdman, and Cuarón himself won in 2014 for Gravity.

What is it about these diverse voices that are capturing the imagination of Latino and non-Latino audiences alike? For one, they are using the connecting power of story to shed light on what makes us both the same and different to one another. Cuarón reflected on how a unique and differentiated story can, paradoxically, uncover universal human experiences: “(Roma) is a film about a very specific family, in a very specific society, in a very specific time in history, but at the end … it’s about something that we all share as humans.”

Our differences also have power to help us connect with one another. In the case of the Mexican Oscar winners, it does matter that they are Mexican. How they tell the stories they weave through black and white cinematography, street vendors scenes in Mexico City’s plazas, fantastic surreal creatures with whom people fall in love are inherently differentiated in their creative expression because of these storytellers’ unique cultural experiences rooted in Latin American surrealism, political realities, and socioeconomic paradoxes.

CEOs and other corporate leaders can learn from this. To capture the imagination of their employees and customers not only do they need to emphasize technical and professional excellence, but also unleash the power of the unique and authentic stories of those who work for them and those they serve in order to create new experiences and products for them.

Roma achieves this thanks to a breakout performance by lead actress Yalitza Aparicio—a newcomer who had never acted before being discovered in rural Mexico—and a look at an era intimately known by Mexicans but never narrated from the perspective of someone historically ignored. This non-mainstream approach led to blockbuster ratings among a vast diverse array of audiences.

What else can corporate leaders learn from the master storytellers from Mexico whose stories have become part of our popular culture?

Know your own story, be authentic, and don’t cover the cracks

Cuarón says that memory is like a crack in the wall. “The crack is whatever pain happened in the past. We tend to put several coats of paint over it, trying to cover that crack. But it’s still there.” Two key inclusive leadership competencies are to be self-aware and humble. The Mexican master storytellers have long invested in understanding their own personal histories and through sharing their own biographies—the pain, the perplexing experiences, the things they value most—they open up audiences to more freely and honestly explore their own.

Self-awareness and displaying vulnerability are rare in the executive world. In a Korn Ferry study, executive leaders were asked “Do you think you are a top 10% performer?” Ninety percent of them said yes. But what would it take to instead answer, “I don’t know” and not cover the cracks? The master storytellers’ results show that this type of authenticity can help leaders connect with their people in more profound and inspiring ways.

Currently, we are very likely to be aware that our own unconscious biases influence our decisions on a daily basis. But we often struggle with being skillful at reducing them. Cuarón displays one powerful de-biasing technique: empathy. In Roma, he chose to not use his own perspective to tell a story of his own growing up in a middle-class neighborhood in Mexico City. Instead he takes the more difficult route of telling it through the perspective of his real-life nanny Liboria “Libo” Rodriguez who raised him from the time he was nine months old. To do that, he spent hours with her to capture how she remembered the past, surprising him in how different they were to his own memories which led to a much more powerful film.

The lesson for inclusive leaders: spend time actively finding talent whose career trajectories and personal stories don’t fit the traditional profile the company keeps seeking. Doing so will increase the chances of seeing their own business in brand new ways, a particularly urgent need in an era of great disruption.

Master storytellers are exceptional at shaping narratives that can significantly influence change. Cleo, the main character, represents the more than 2.4 million domestic workers across present-day Mexico, more than 95 percent of whom are female and from indigenous areas and who have been discriminated against through abuse and injustice. To break through the prejudices Cuarón sought to create an intimacy between audiences and the marginalized by choosing actors like Aparicio who were not professionals and by only showing them their lines on the day of shooting and encouraging them to improvise.

Inclusive leaders understand their role is not to just champion diversity but to actually lead the transformational change that requires influencing leaders, managers, and employees – in fact the whole culture – to embrace those who have traditionally been excluded and, in that, break long standing prejudices. To do so they find ways to make the stranger familiar, the differences valued, the discomfort comfortable.

“The emotional reaction of people that watched the film gives me hope for diversity,” says Cuarón. Executives can generate this same type of hope for corporate diversity by applying the lessons from Hollywood’s master storytellers including, or especially, those who use their differences to unite.