Pharma trends are changing the industry’s profile for top talent 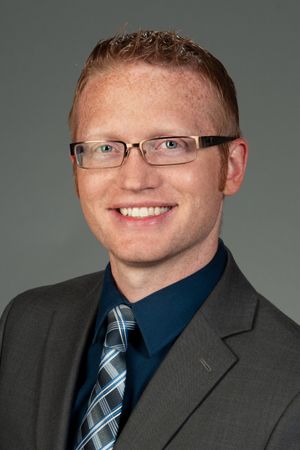 As in any other industry, trends shaping pharmaceuticals at a macroeconomic level are affecting the type of talent businesses need to stay competitive. New mindsets are required, new skills are in demand, and companies need to change the way they identify, attract and engage talent accordingly.

The increased cost to bring a drug to market is rendering traditional processes of discovery and development obsolete. While many were quick to question the Tufts Center for the Study of Drug Development’s 2014 study which put a $2.6 billion price tag on drug development, the paper has recently been published in the Journal of Health Economics, a peer-reviewed academic journal.

Even if taken with a grain of salt, the figure rose 145% from when the Center conducted the same survey in 2003. Higher costs are due in large part to the longer and more complex trials demanded by regulators and insurers to test drug effectiveness. Given the number of drugs that go bust along the way to FDA approval, bringing a drug to market is riskier than ever before.

In response to increasing costs, companies are looking into new and niche areas of development where success rates are typically higher. Long seen as drugs with low profit margins, vaccines are seeing renewed demand with the rise of the middle class in places like China and India and in response to outbreaks of highly contagious diseases like Ebola that have captured the world’s attention. Everyone is looking for a piece of the action – Pfizer, Merck, Johnson & Johnson, Sanofi and Takeda have all announced they will pursue vaccine development for the Zika viruses which tore through Brazil earlier this year. Valued at $33 billion in 2014, the vaccine market is estimated to reach $100 billion by 2025.

Pharmaceutical companies are also investing in unprecedented amounts into the development of orphan drugs to treat diseases affecting less than 200,000 people. Of the 45 drugs approved by FDA in 2015, 21 were designated as orphan drugs, a testament to the shift away from primary care drug development. While the market is limited, companies like AbbVie - whose orphan drug Venetoclax which treats chronic lymphocytic leukemia has been named among the top drugs to watch in 2016 - recognize the benefits of market exclusivity, pricing power, and R & D tax credits associated with the development of these drugs.

In addition to a shift in focus towards specialty drugs, the expense of bringing a drug to market has led to a growing dependence on contract development partners and, consequently, the restructuring of R & D. Currently the market is valued at around $39 billion and as Contract Manufacturing Organizations (CMOs) provide additional value-added capabilities and services, they are fast becoming strategic, rather than merely technical, partners for pharmaceutical companies. For larger companies, there is an increasing trend towards selling their own manufacturing sites to CMOs who then operate them.

The talent implications of these market trends are significant. As vaccines stretch the geographic scope of pharmaceutical companies, there is a growing need for a globally mobile workforce as well as a desire for leaders with overseas experiences. Talent pools are limited in niche drug areas and many of the professionals with working knowledge of these diseases work in academia. Companies are beginning to collaborate at the discovery level, teaming up with innovation centers, academic medical centers, and contract research organizations to drive progress. The success of these new relationships depends on a more collaborative and results-focused mindset among business leaders.

With fewer qualified candidates, pharmaceutical companies are beginning to look at transferrable skills when vetting candidates at all levels of the organization. Recruiters for these organizations require certain skills of their own to be able to identify these skills and to then explain to candidates how their backgrounds, while not a traditional match for a particular role, can still lend themselves to the position.

Given the new drug frontiers being explored and restructuring of core internal functions, companies are looking to build learning agile workforces. Individuals with high levels of learning agility are willing and able to learn from experience, and then apply the insights gained as they continuously wade into new or first-time conditions. They often seek challenge and risk, flourish amid ambiguity, demonstrate resourcefulness, and embrace change. Given the changes that are reshaping the industry, talent than can adapt along with this rapidly changing environment will be the most coveted.