After years of lagging behind in diversity, private firms may be required to add women and minorities to their boards under a bold new Nasdaq stock exchange proposal. 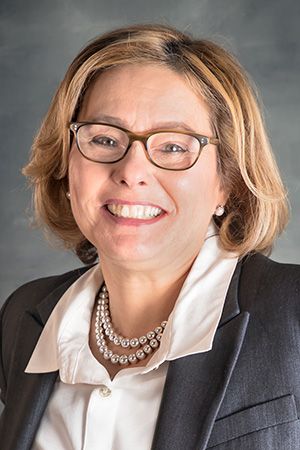 The private equity industry may soon find itself having to be much more public about a long-held problem with board diversity.

A new proposal filed by the Nasdaq stock exchange is asking the US Securities and Exchange Commission to approve requiring listed companies to have at least one female and one underrepresented minority director. The rule pertains mainly to publicly traded companies, but if adopted, it could impact board composition on private companies that want to go public. And this is no small world: while the number of publicly traded companies has declined by about 15% over the last decade, companies funded with private equity have grown more than 100%, with roughly $2 trillion invested in about 10,000 companies across every industry sector.

Despite the size and influence, broad representations are a clear weak point in this world. A study of 200 of the most heavily funded US private companies found only 7% had a woman on their board—and 60% did not have any. Other studies have found that Black Americans held only 5% of all executive roles in the private sector. “We are only at the tip of the iceberg” when it comes to requiring diversity for private firms, says Stephanie Davis, a Korn Ferry senior client partner who specializes in placing CEOs and board directors into private equity-backed companies.

Already, of course, the push for greater diversity has come from many corners across the globe. Norway has had diversity rules for boards in place for years, while Germany just enacted a diversity rule for public companies. In the US, California and Illinois both passed board diversity rules that will take effect next year, and states such as Michigan, New York, and New Jersey have proposed similar rules. Chad Astmann, a Korn Ferry senior client partner and global cohead of investment management for the firm, says that with more private companies eventually seeking to become public, “it is a smart strategic choice for public stock exchanges to amp up their support for diverse governance in the private market.”

An extra push has also come from some large investors in private equity funds, such as Blackrock and Vanguard, which have tied investments to diversity limits. Goldman Sachs has said it will no longer take public companies without at least one underrepresented minority director, and corporate governance advisory firm Institutional Shareholder Services wants boards to disclose diversity data so that it can be used in advising shareholders on how to vote for directors in proxy contests, both of which impact public companies owned by private equity firms.

Still, there’s no guarantee that the SEC will adopt the Nasdaq rule, which is already being challenged in public comments filed to the agency. Currently, the SEC doesn’t mandate diversity on boards but strongly encourages it, adopting rules requiring companies to disclose “human capital measures,” which includes how they take diversity into account when nominating and appointing board directors.

For her part, Jane Stevenson, Korn Ferry’s global leader for CEO succession and vice chairman of the firm’s Board and CEO Services practice, calls the Nasdaq proposal a “milestone recognition” by a major stock exchange of the link between diversity and financial performance. Data from Korn Ferry and elsewhere shows that companies with diverse boards achieve greater financial returns, and requiring underrepresented minority directors is a way for the Nasdaq to help private companies operate and perform better. “In a way, you can look at it as mitigating financial risk for the exchange by improving the upside of companies associated with it,” Stevenson says.